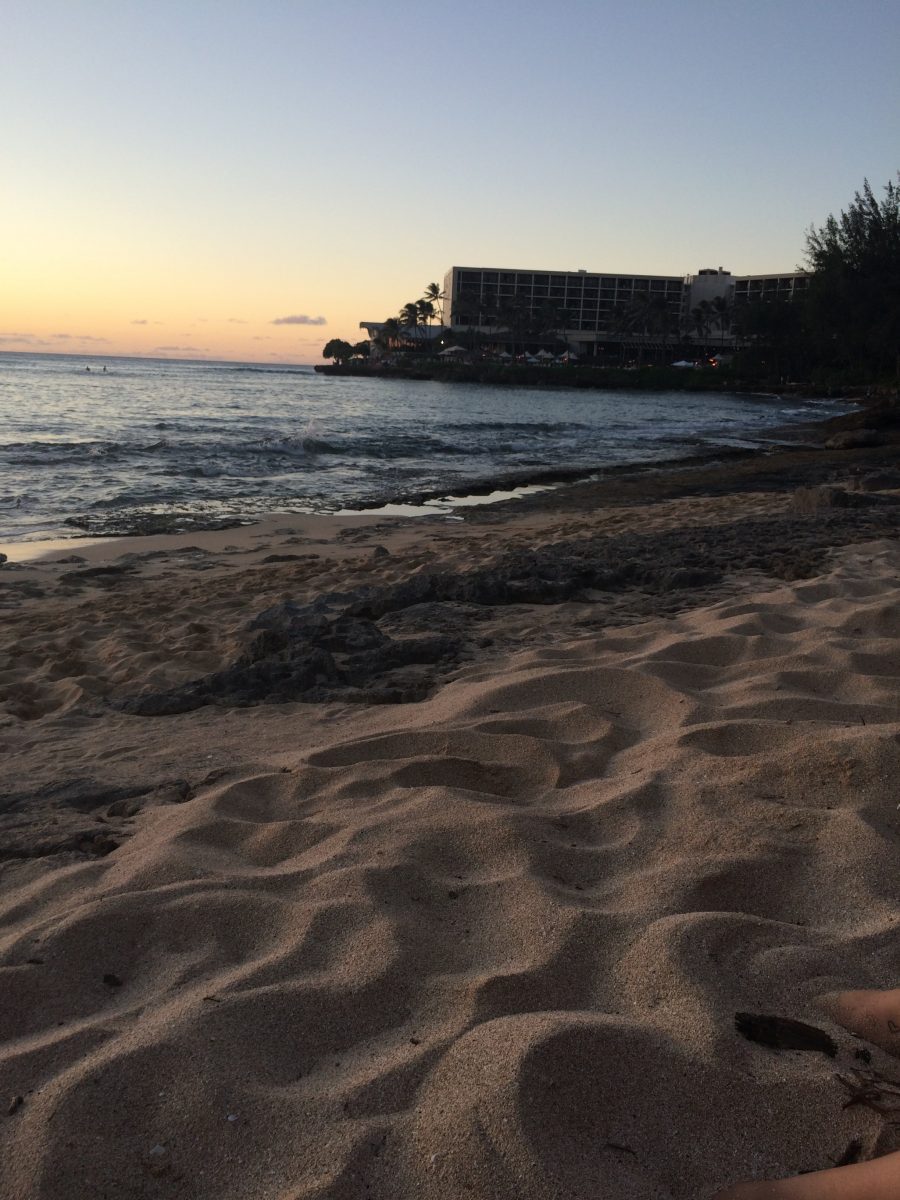 On that Saturday night when I impulsively met a friend, Michael, at the barracks and made my way over to 808 Tattoo – I didn’t know the pain I would be involving myself in. Michael was the last in a long string of friends to get a motorcycle and I felt alone. They were all doing cool things. Hubby was off in Australia doing cool things. I needed to do a thing.

To be fair to myself, I had wanted to tattoo for awhile so I wasn’t entirely unexpectedly diving into it. The Lord’s words to Paul had been particularly close to my heart since high-school when sufficient grace was demonstrated in reaching out to a girl in youth group who had recently lost her father. I didn’t particularly want to befriend her and felt ill-equipped to talk to her but the Lord brought about a beautiful friendship despite my inadequacy.

I should have chosen a different verse.

As the needle pieced the skin above my ribs, Michael smirked at my stern face and teased me for pretending it didn’t hurt. I remember trying, trying oh so hard, to pretend the pain wasn’t existent. It was a small tattoo. It couldn’t have lasted more than 10 minutes but I found myself desperately wanted to know how much long this would take. Finally, I swallowed the lump of pride in my throat and asked Michael for an update on the artist’s work. It was almost done. I needed it to be done. Not kind of done, completely done. Just when I was about the tell the artist I needed a minute to fidget – read inwardly sob with a brief minute of respite – he announced that he was done and pulled over the mirror. 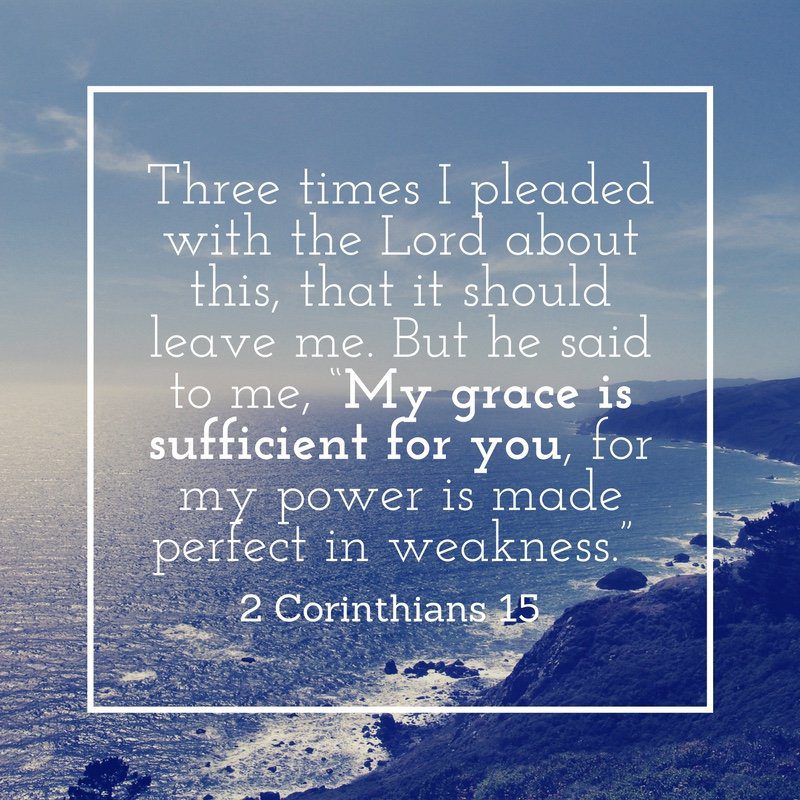 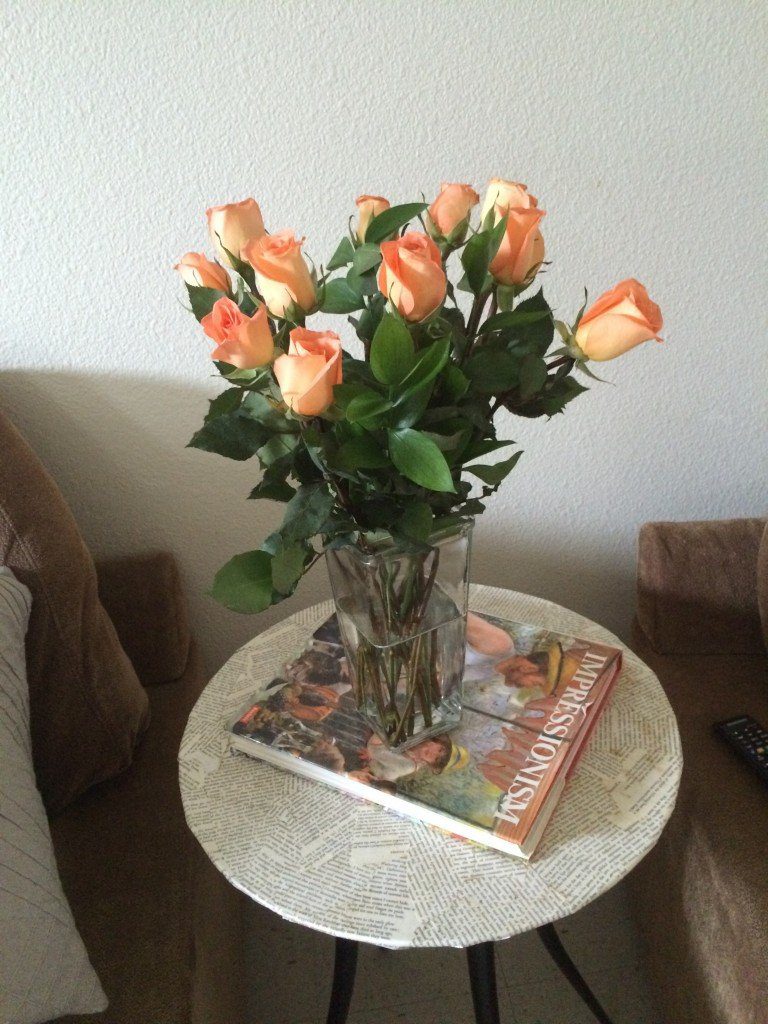 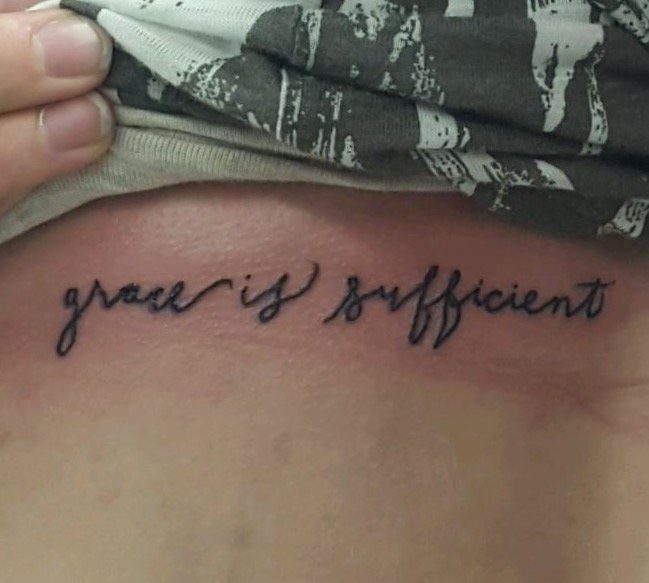 “Grace is sufficient” read the fancy, slightly hard to read script on my left side. I paid the artist and waltzed out continuing to pretend that my side wasn’t aching. I thought that was the worst of the pain that tattoo would bring me.

There are days now when I wonder if God took what I tattooed as a dare. I thought I was proclaiming something beautiful. I still believe that I was but I now know that beauty now in a raw, sharp way. I thought I had found a lush valley full of soft, pastel flowers where we could bask in the sun and the beauty of life. Instead, I found the rough, sharp edges of the mountains above. There is beauty to be found there but the beauty is hidden until we reach the top. Hidden by the blood, sweat, and tears. Hidden by the forrest. Hidden by smaller mountains.

There are some who say that the beauty you find at the top of the mountain, the beauty that comes after the pain, is more beautiful. To be perfectly honest, at this present day, I would be content with calm, painless, valley beauty. If there’s going to be beauty in both places, I want to turn around and head back to the simpler, less painful beauty. 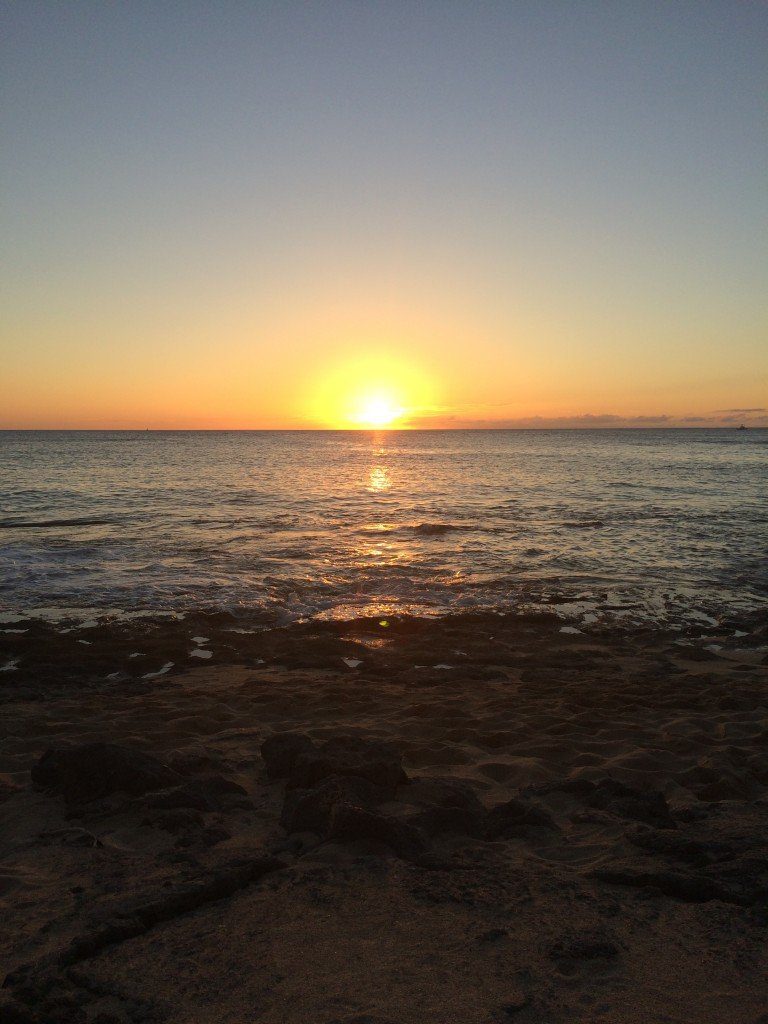 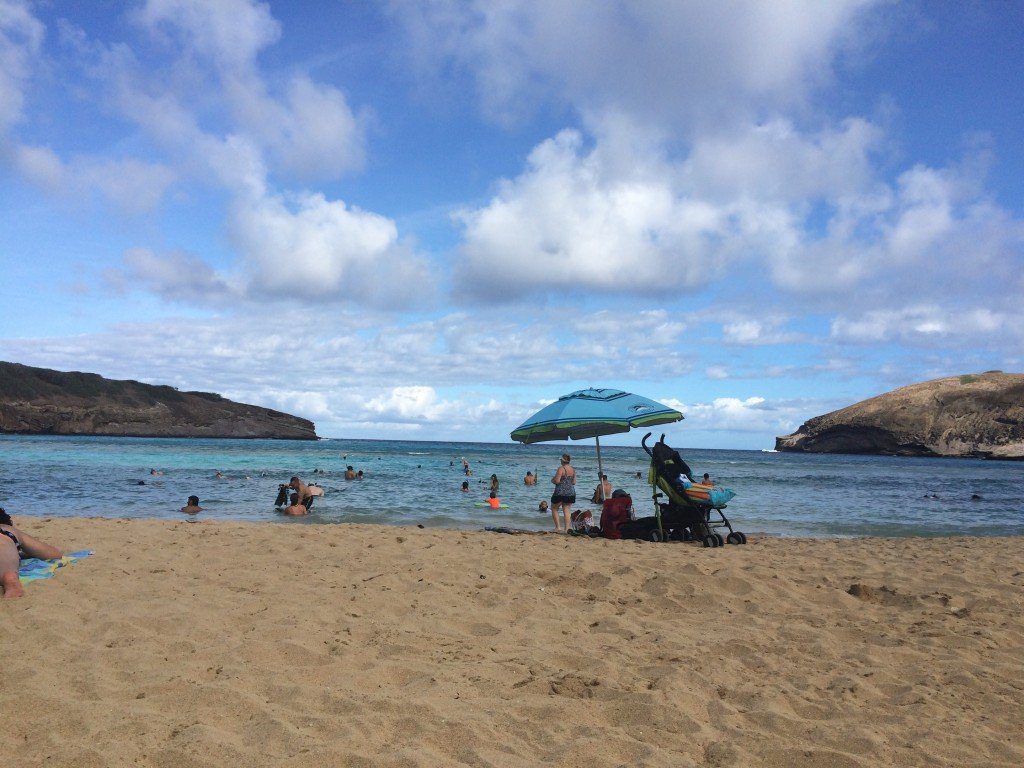 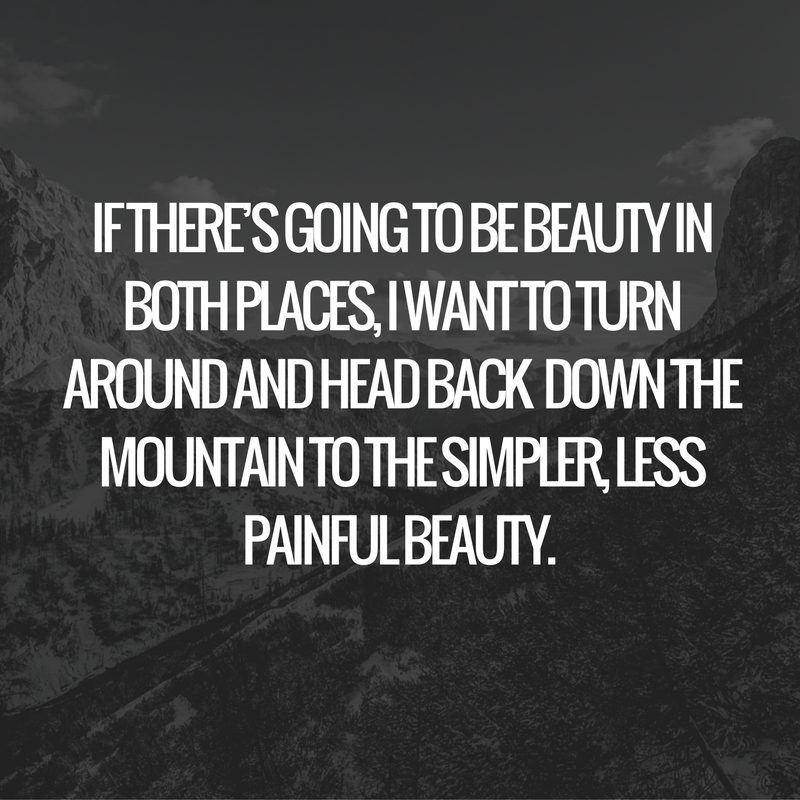 I wonder if those in the valley ache for the mountain.

I feel like Eustace Scrub. I was whisked away into a story I never wanted. I’ve arrived in a strange land where all my notions of rules and justice and decorum have been thrown out the window and I don’t much care for it.

“Adventures are never fun while you’re having them.”

– CS Lewis, The Voyage of the Dawn Treader

Now my tattoo peaks out at me as I change into my pajamas and climb into bed. It taunts me but I know the taunt is a lie. It’s like when someone is so, utterly genuine that for a moment, you mistake them as being facetious. Grace is sufficient. But sometimes that sufficiency looks a lot like broken dreams and uncertain paths.

Maybe I’m just so utterly warped that I cannot imagine the goodness of that statement. Sure, grace can cover reaching out to someone at church, but death? How could grace cover the death of a child? How could anyone look at her and say that grace is sufficient for her hurt? What about the hurt of an orphaned child? A hungry man begging by the road? A women crying desperately for two pink lines that are just not appearing? 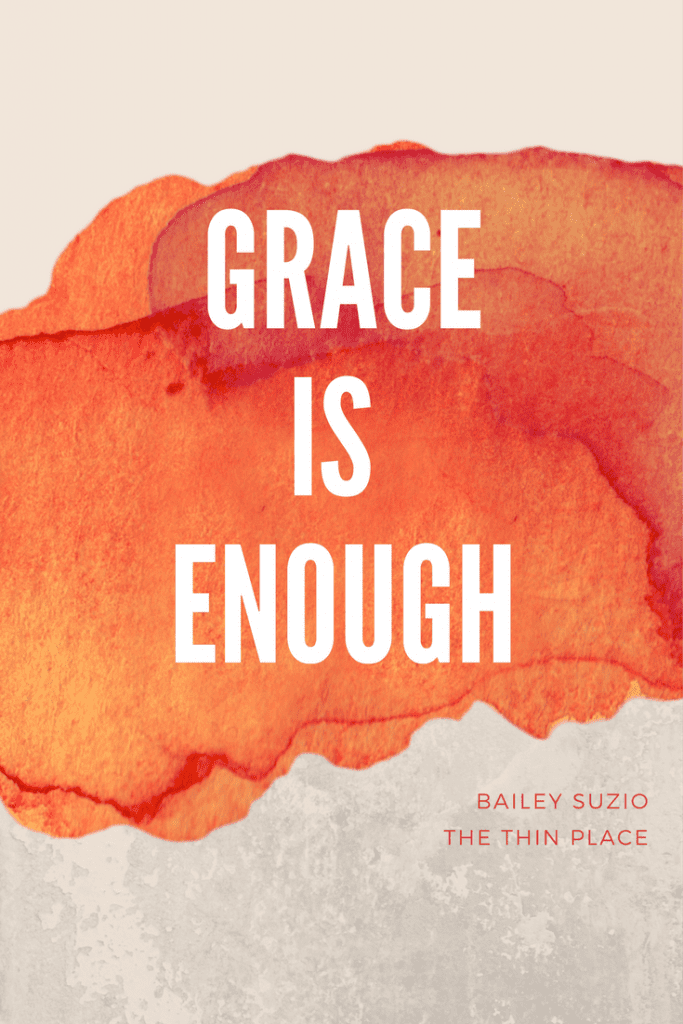 But the Holy Spirit reminds me gently, that indeed, this Grace was sufficient enough to cover death by defeating it. That this Grace is remaking the beauty of creation and won’t stop until all is as it should be. And that every tear, every moment of pain, is being transformed into, not something manageable, but something glorious.

And all shall be well and
All manner of thing shall be well
When the tongues of flames are in-folded
Into the crowned knot of fire
And the fire and the rose are one.

It’s the Hygge-est Time of the Year: A Cozy Holiday Review and Giveaway