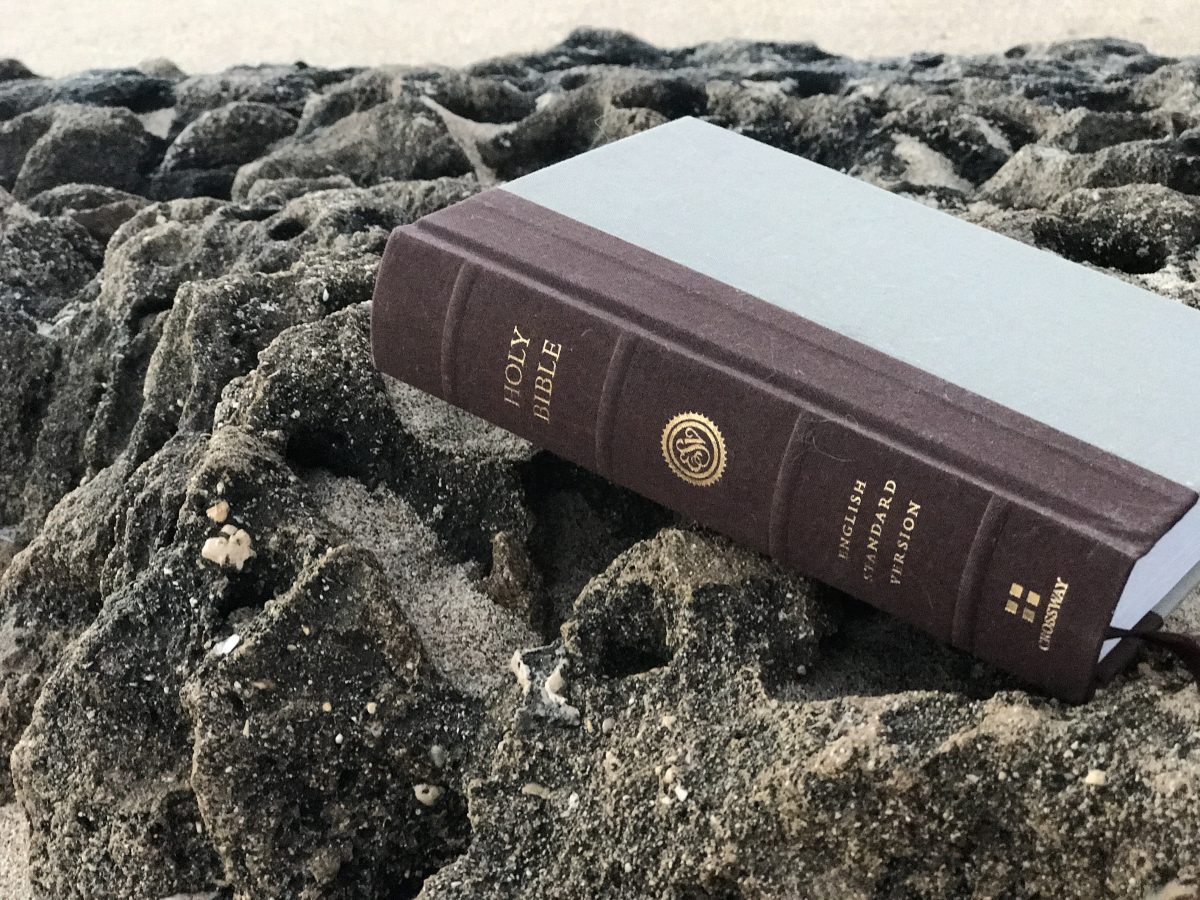 Moses had many defining moments in his life that set him up for failure. First, an order was put out shortly before his birth declaring that all baby boys were to be executed. I can’t imagine being born into many worse scenarios. In a desperate attempt to avoid his execution, his mother placed him in a basket and floated him into the Nile river. As Dreamworks’ The Prince of Egypt showed me as a child and many hours of watching Netflix documentaries have since confirmed the crocodile situation there is particularly fierce. In an act of grace, he was rescued by the Pharaoh’s daughter. But as he grew up, that fell apart when he sought justice by rashly killing an Egyptian and then fled, afraid and alone. Moses abandoned the palace for the desert and worked as a shepherd.

But God, God doesn’t care about where we’ve been as much as what He can do. And He shows up where we least expect Him. He was not in the grand court of the Egyptians, or even in the midst of the Hebrews, but in a bush. A bush that would not be consumed despite the flames engulfing it. In this ordinary sight, God dwelt.

It is here in the desert, by the bush, that the Lord instructs Moses to remove his shoes for the very ground that he is standing on is holy. And Moses hid his face.

I started to write that the beauty of God is too much to behold but the truth is, I have not beheld it with my eyes. I long for the day when I can write for the glory of God of the awe and wonder I feel gazing into His eyes. I know I don’t know what I’m asking for, but I ache for that day. 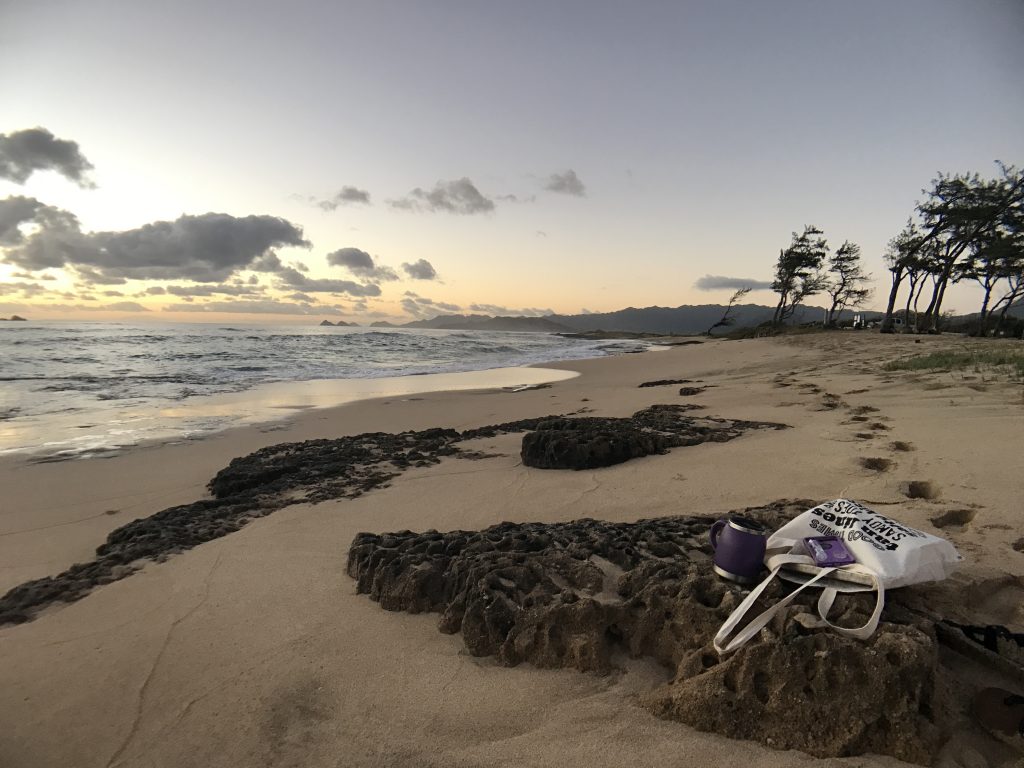 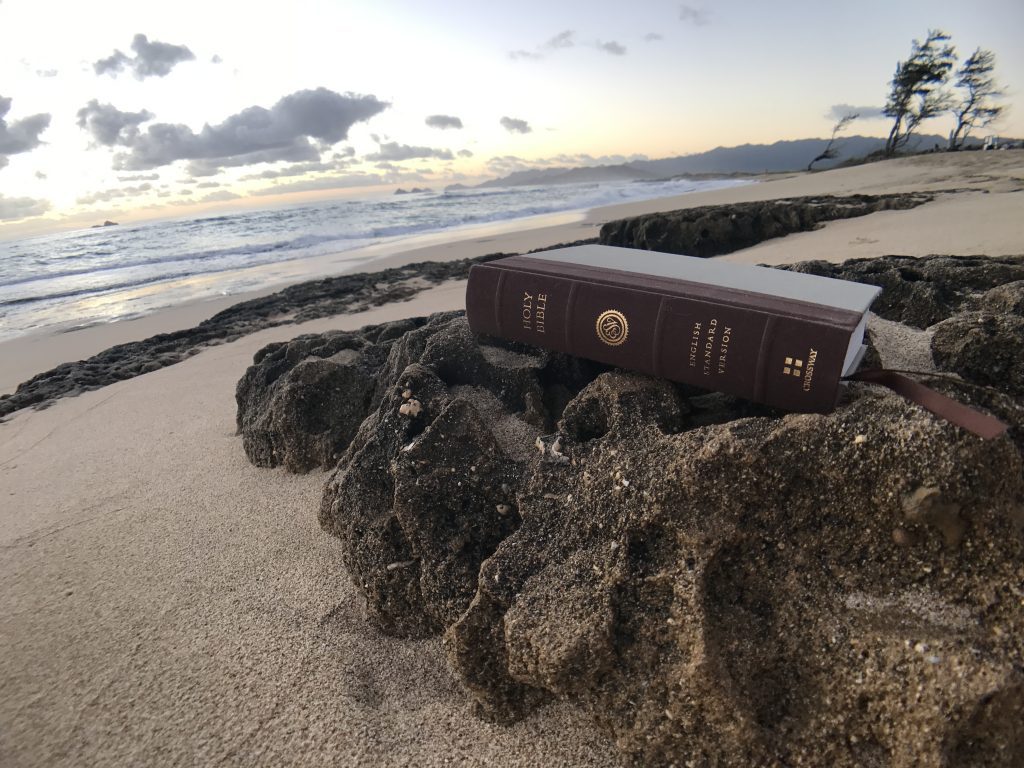 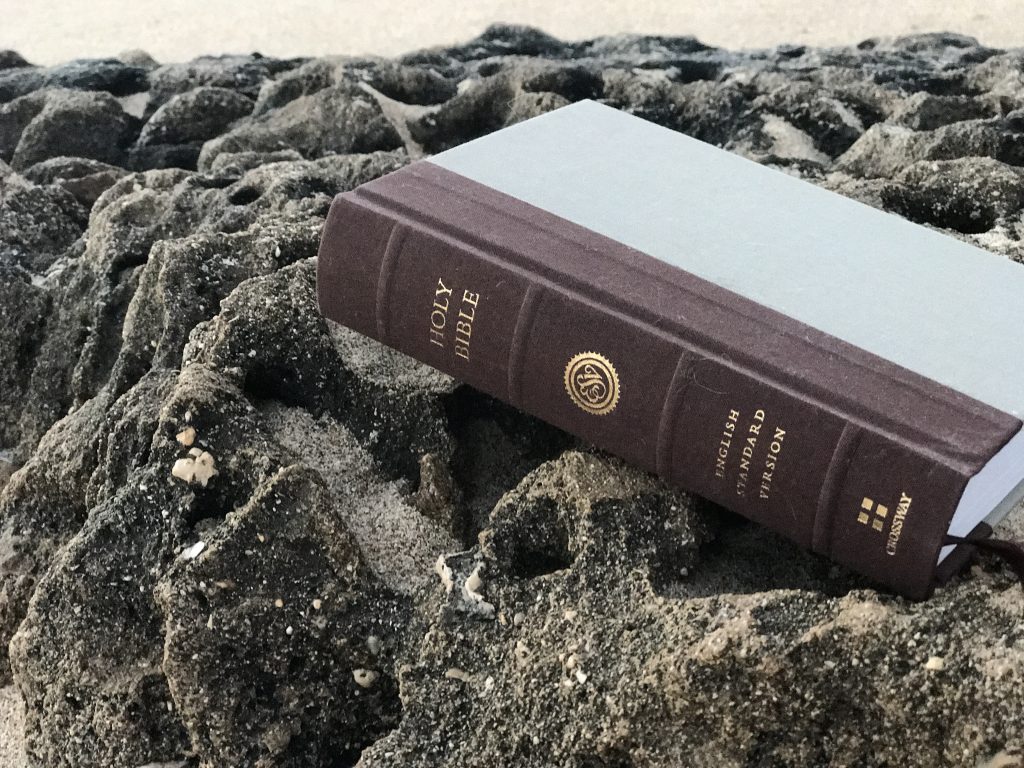 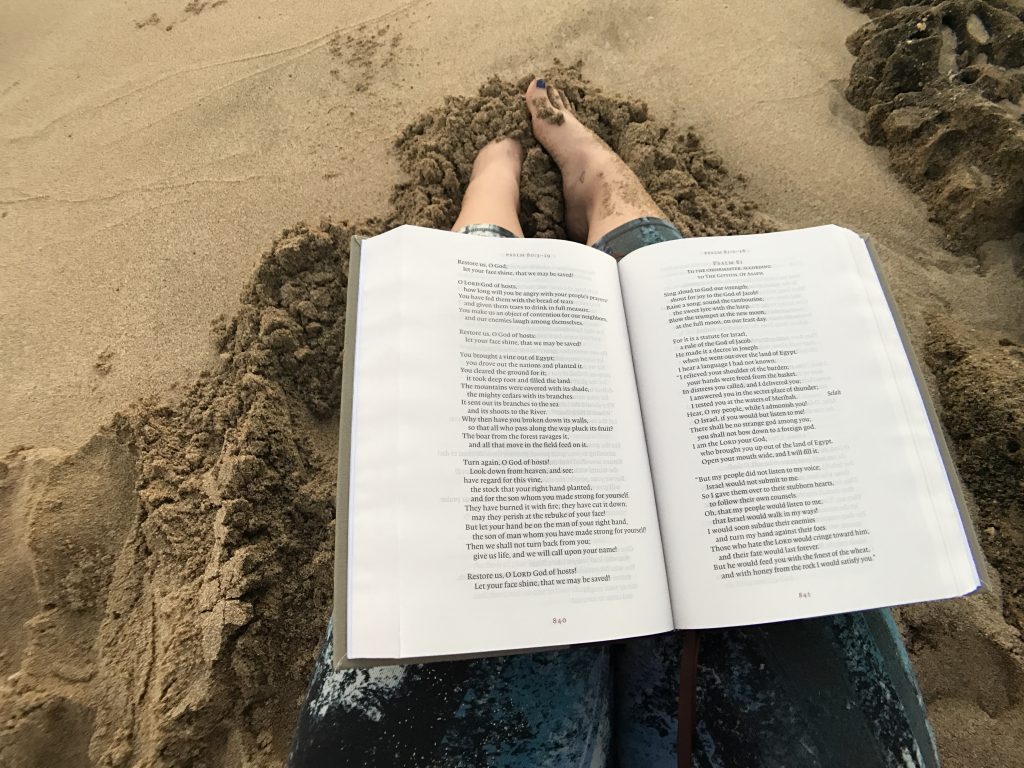 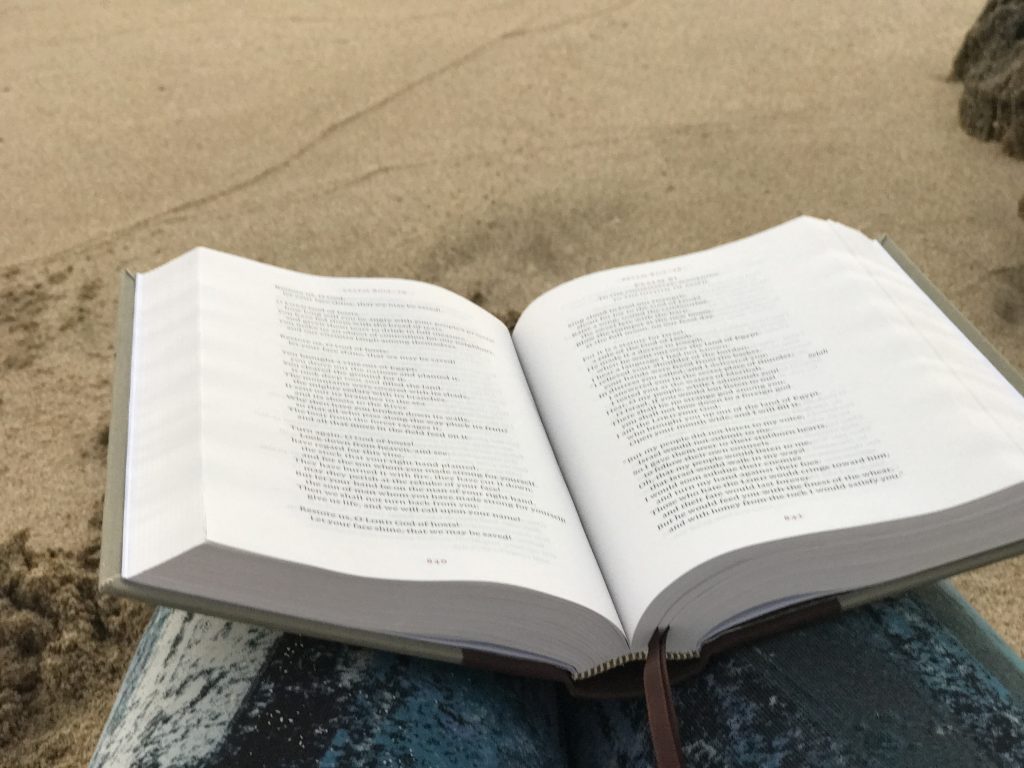 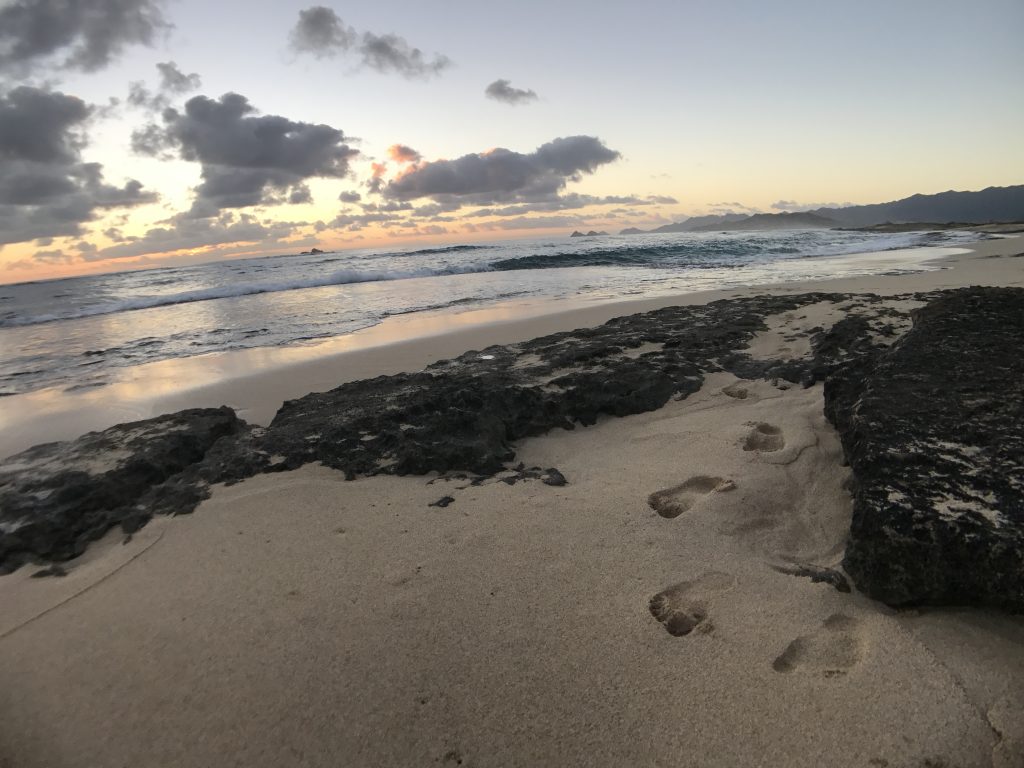 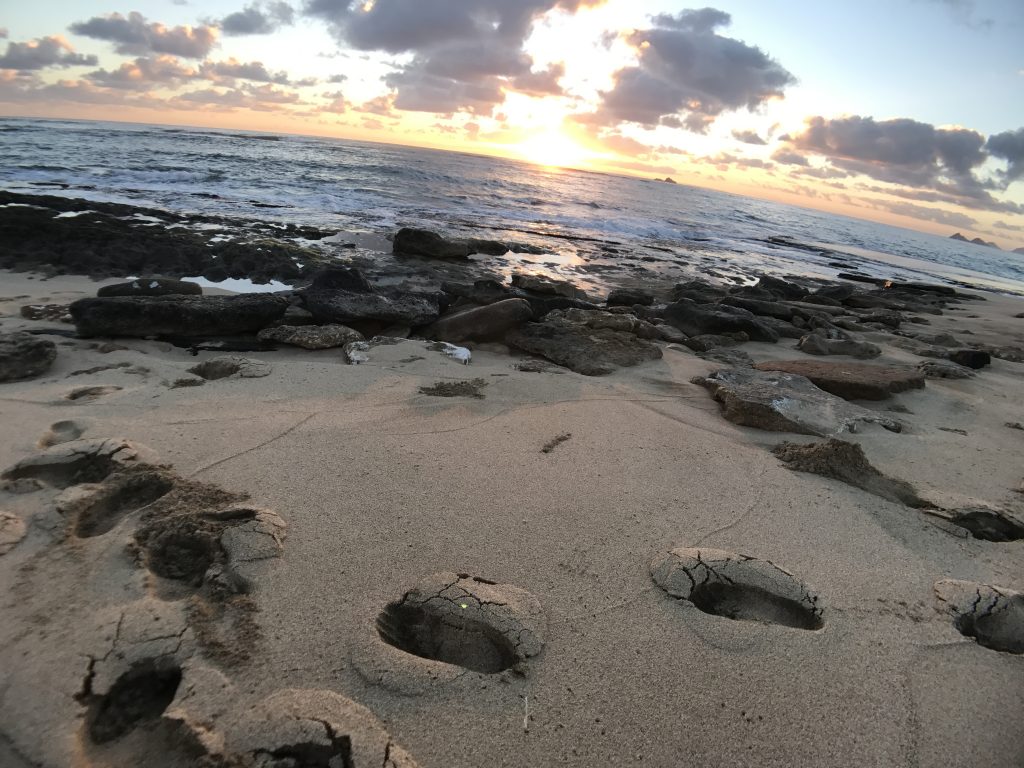 Today, in this world, I am writing of the moments in-between. In the already holy, ordinary moments that we can reclaim. For just as Adam and Eve in the Garden of Eden, so we have been given a task. In the beginning, they were tasked with tending to creation. We now get to join the work of renewing it.

Last Thanksgiving was my first time hosting. I wanted to make it special. I purchased new seasonings from my friend Brittany’s company and divided up the side dishes among our friends. We all dug out old family recipes and got to work in my little kitchen.

As I looked around, I wanted something special, something to take in every bit of the beauty of what God has done in my life here in Hawaii and the friends who have become our Ohana. Then I opened my computer and saw one of my favorite sites, The Rabbit Room, had published an article, more specifically a liturgy, on feasting with friends. It was all too perfect. I was hungry for more liturgies like this to incorporate into the moments of my life.

Despite being a writer, I had never even considered writing out group prayers to bring holy dignity and praise to the ordinary moments of life. Thankfully, The Rabbit Room was way ahead of me. 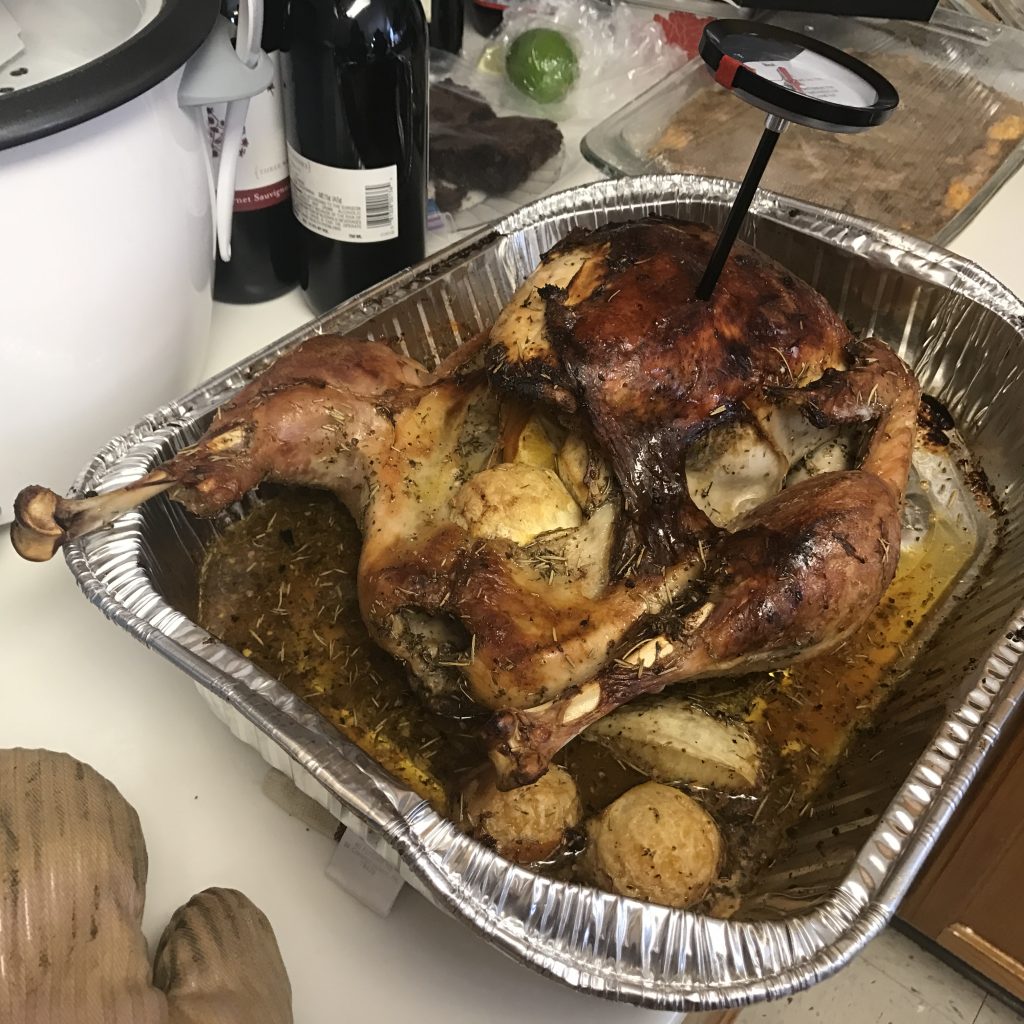 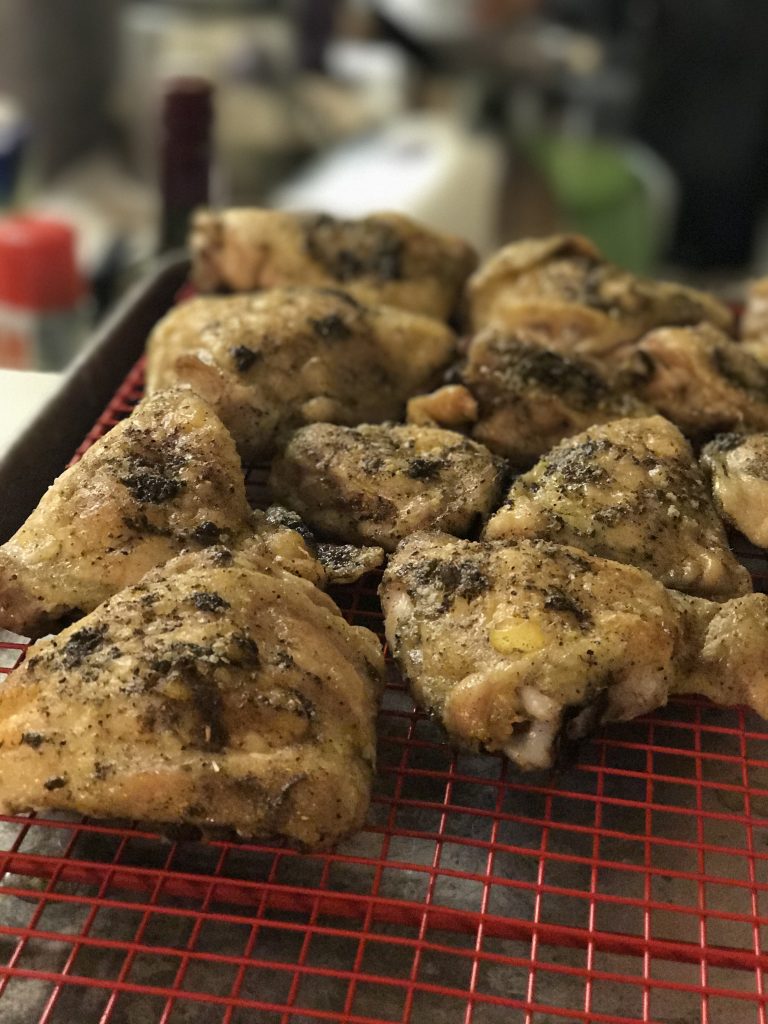 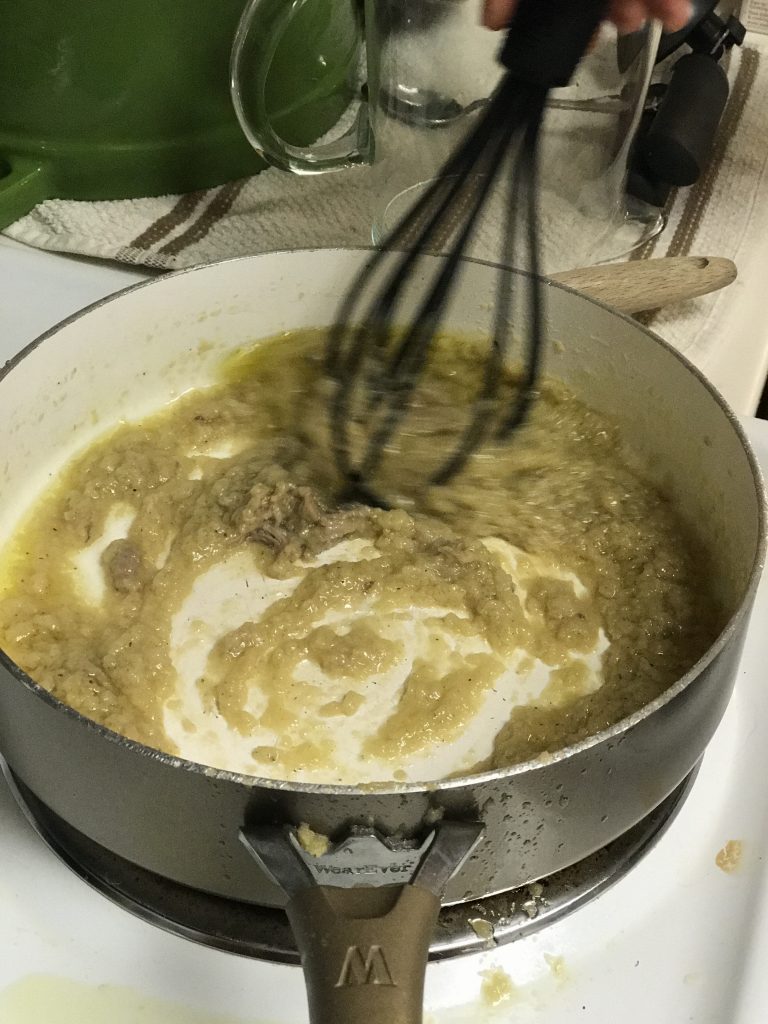 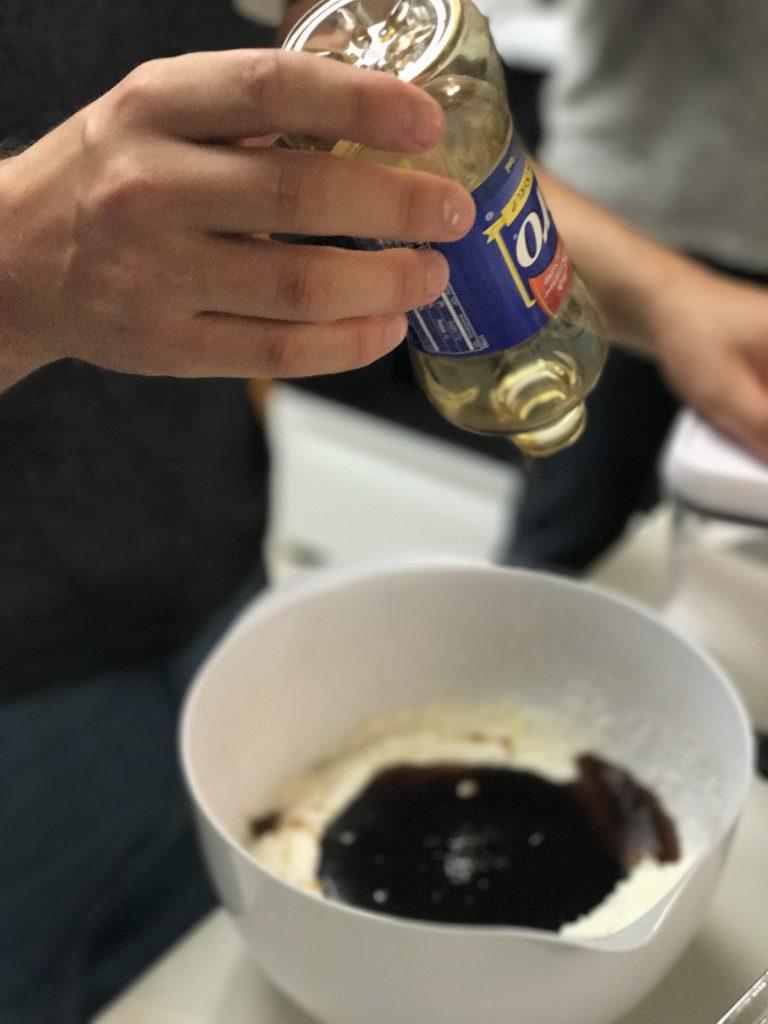 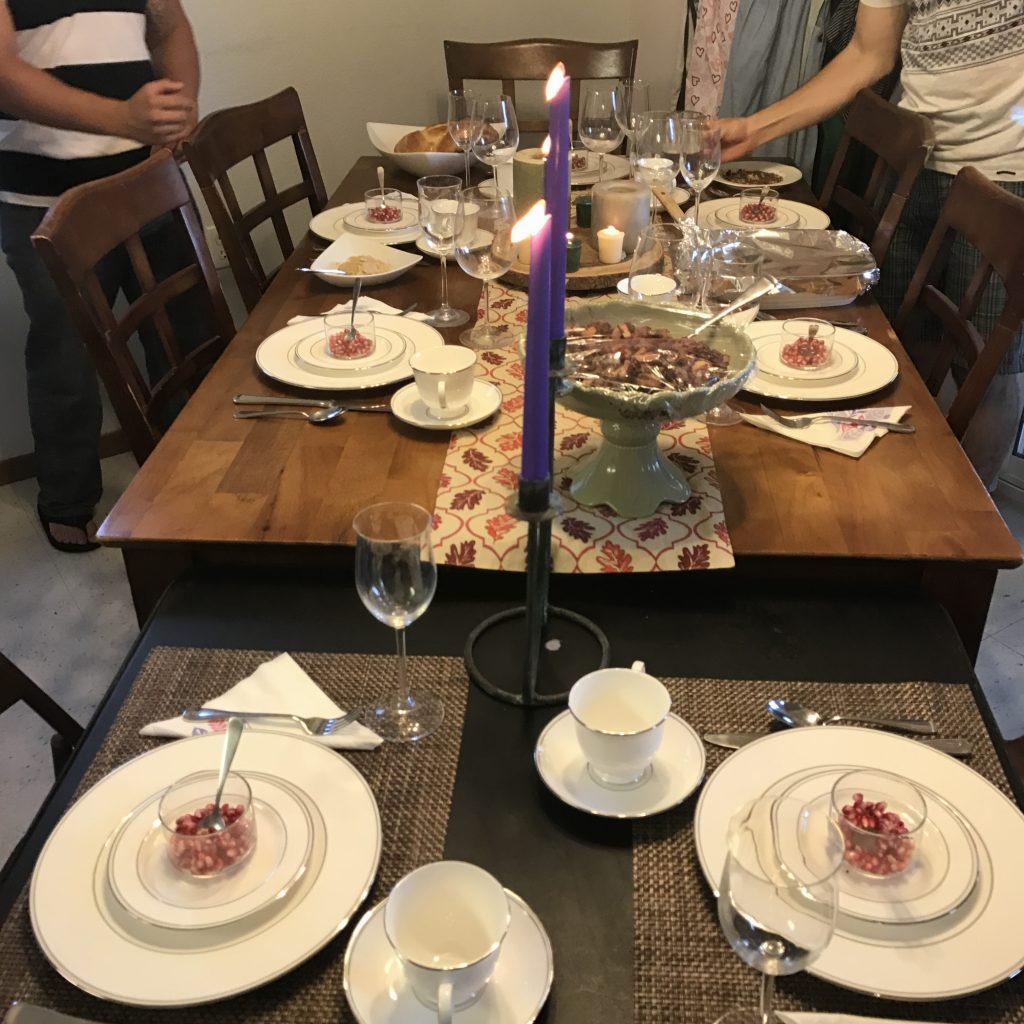 There is a project I am particularly excited about that they are working on, a book, called Every Moment Holy. This is a book of war against complacency and for the radical work of recognizing God as the author of our lives. It is a book of liturgies for all sorts of moments from meals to new puppies to moves. It is about taking the ordinary and turning each and every bit of it into an act of deliberate praise. I am eagerly counting down the moments until its release. I regularly wonder which liturgies will be included (a liturgy for bringing home a new puppy, perhaps?) and have started making my own list of moments where I need to stop and praise and recognize who is Lord (particularly when I burn my dinner). 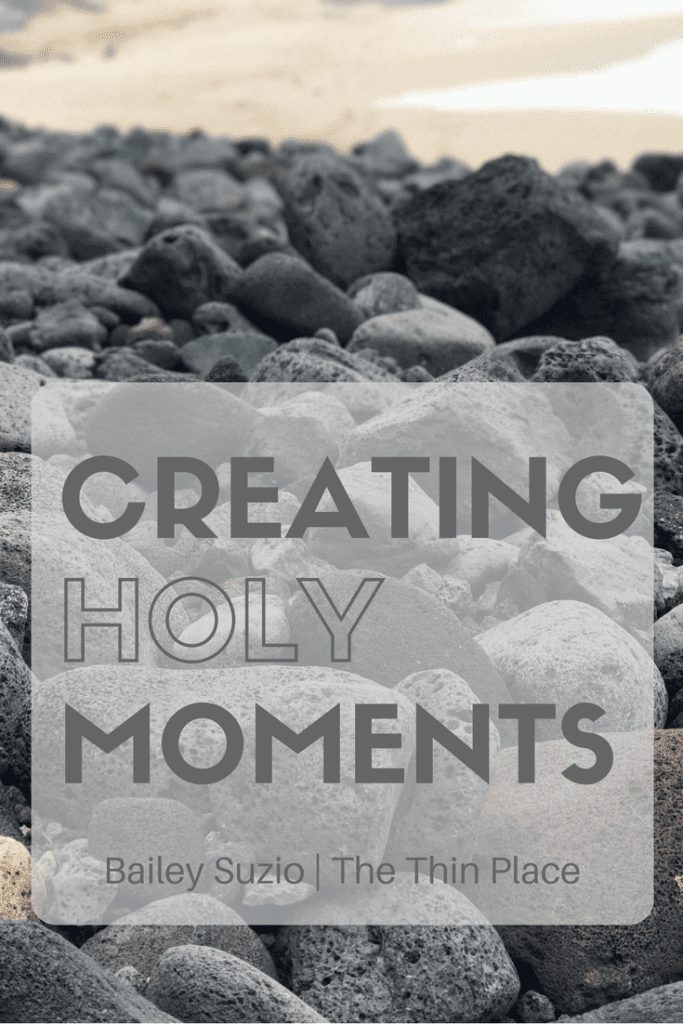 While we wait together, I hope you also stop and take stock of the moments God has given you. No matter where it begins, no matter where you began, it is God who directs steps. He led the infant drifting down the Nile to holy ground. He led a dead man out of a grave. He is working for you. Your now is filled with purpose. Each moment is being redeemed. And today, you have the privilege of joining God in His work of making every moment holy.

If Every Moment Holy is something you’d like to be apart of, would you consider donating to make sure it happens? It very close to its goal and a donor has offered to match any goal put in before the end of the month. In addition to this project, The Rabbit Room also puts out phenomenal artwork by a wide spectrum of Christians committed to using their talents for the glory of God. If you are not familiar with their organization, I hope this encouraged you to explore their site and shop. 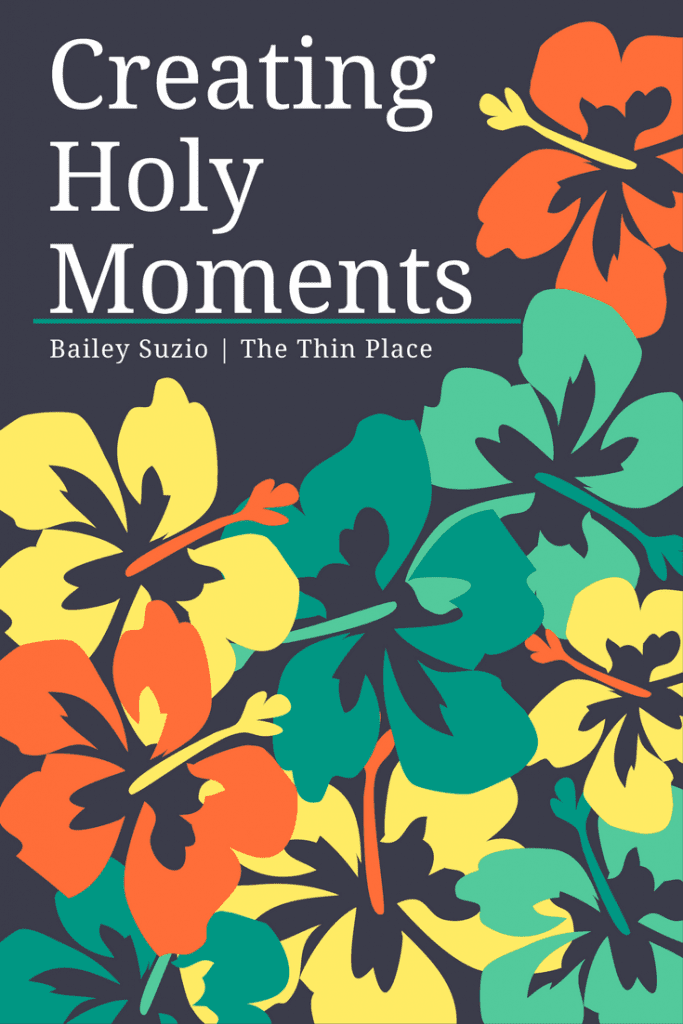