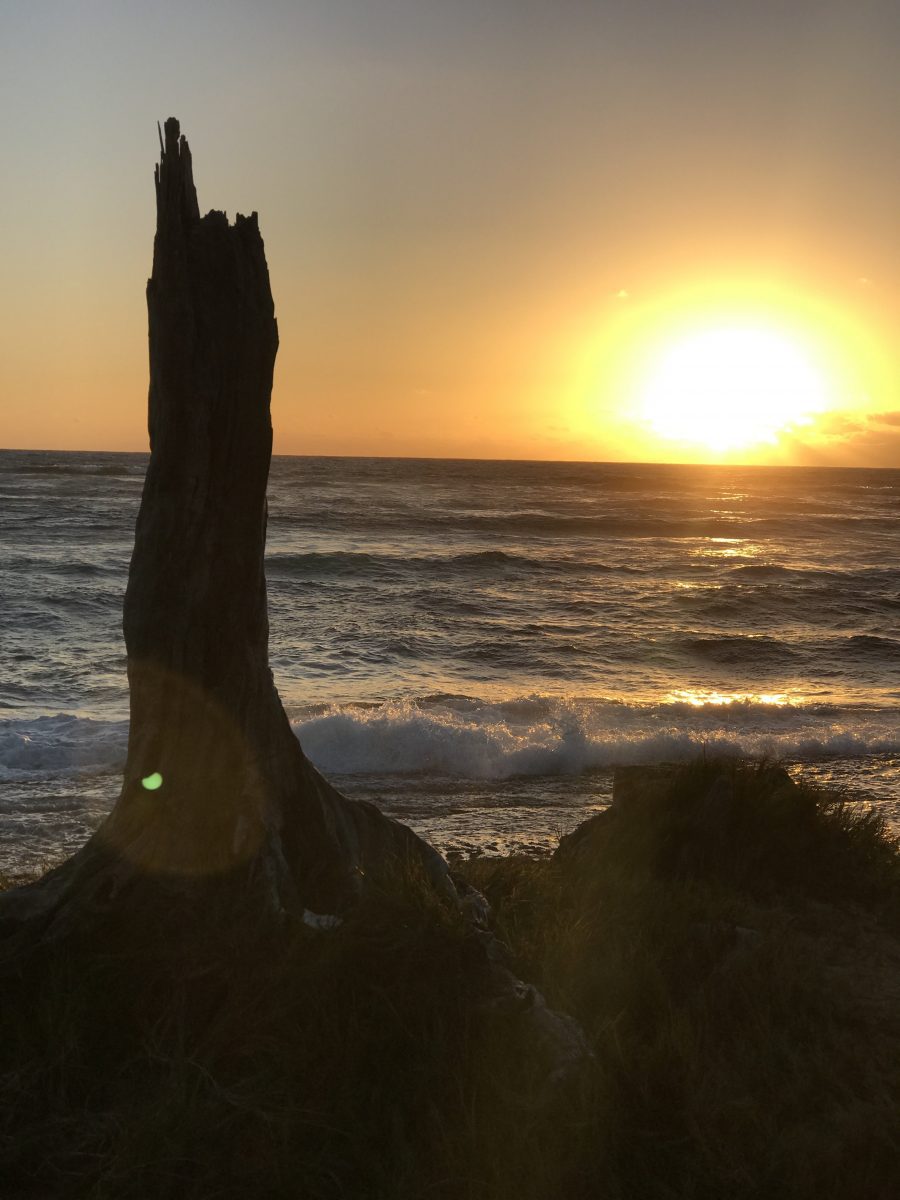 Are You Rebuilding What Jesus Destroyed?

I once read that we do not want to live on a spiritual welfare system, we want to earn our salvation. The book of Galatians is a beautiful reminder that the law could never accomplish, our works could never accomplish, what Christ did by love and grace on the cross. Today’s post comes to us from Stephanie at Read Cook Devour. Her beautiful insights into the words of Paul in Galatians hit me so deeply.  I hope you enjoy this exhortation as much as I did.

Have you been there? Sunday morning. Socializing with your usual church friends, watching the kids buzz around like caffeinated bees, and in your peripheral vision you notice that person. Your posture shifts, you avert your focus, you busy yourself so as not to seem available. It might be a guest, or it might be someone you know about from conversations with others, someone you have decided you just aren’t comfortable interacting with. If you were asked to voice the reason for that decision though, the words would not come easily, and the excuses you might spout would sting of guilt more than they would exonerate.

The rather awkward relational situation I just described is sadly one I have owned on more than one occasion. What I have often deemed a “social preference,” at its root, is an imposed prerequisite for fellowship. All the excuses in the world cannot masque the arrogance of such a standard. 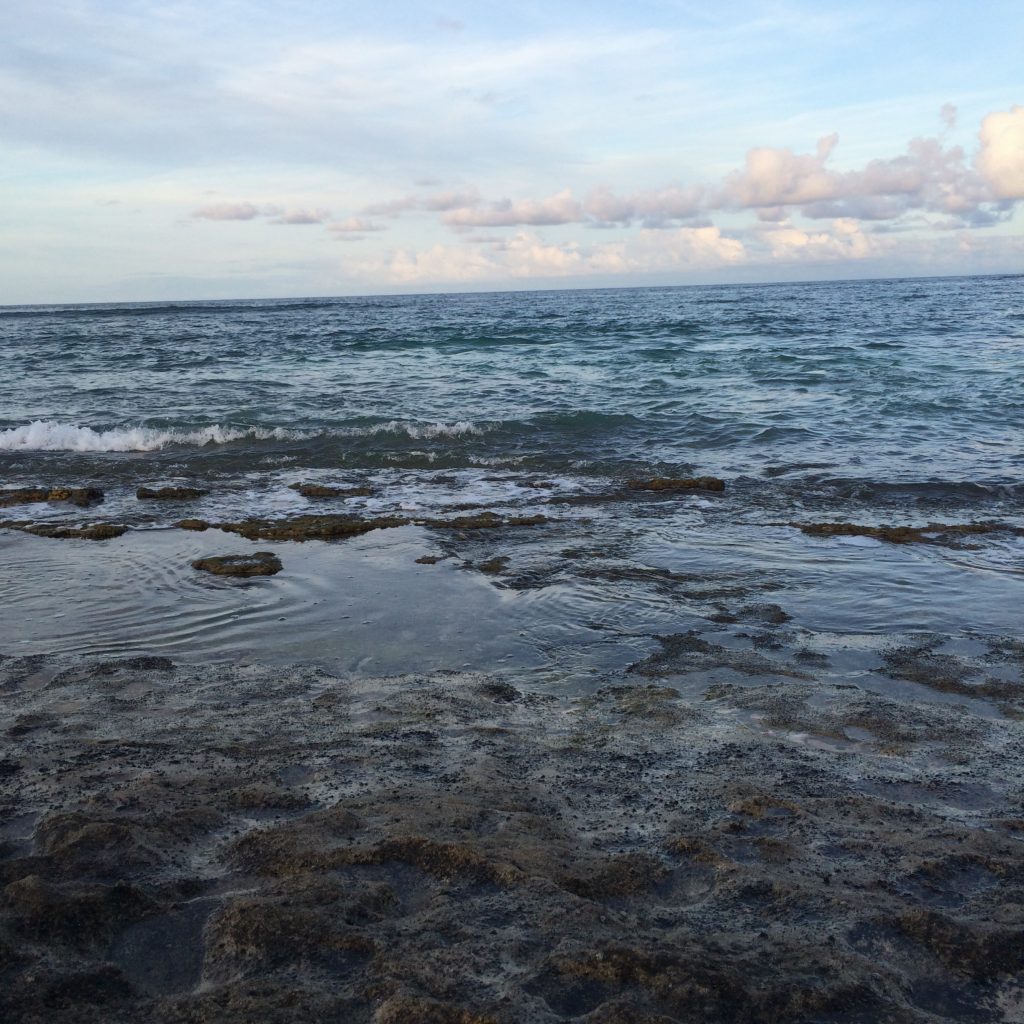 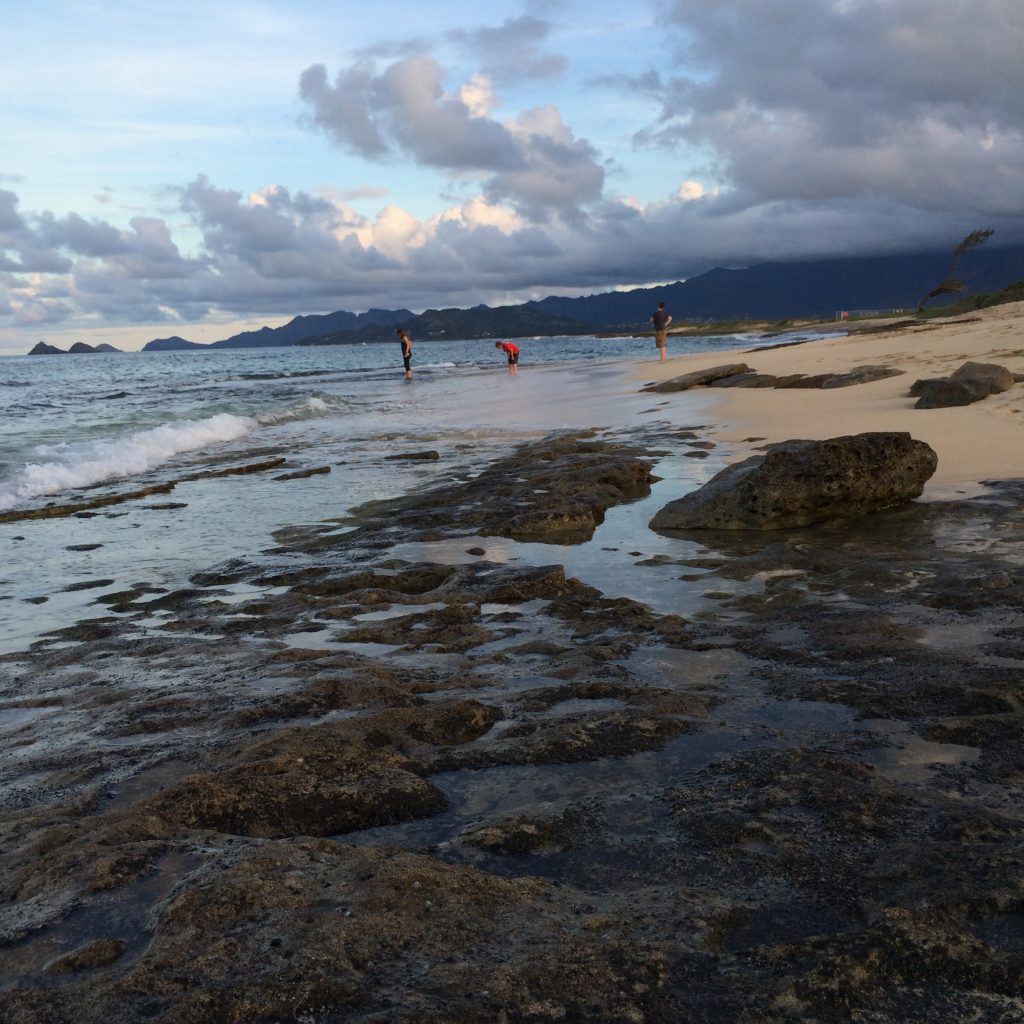 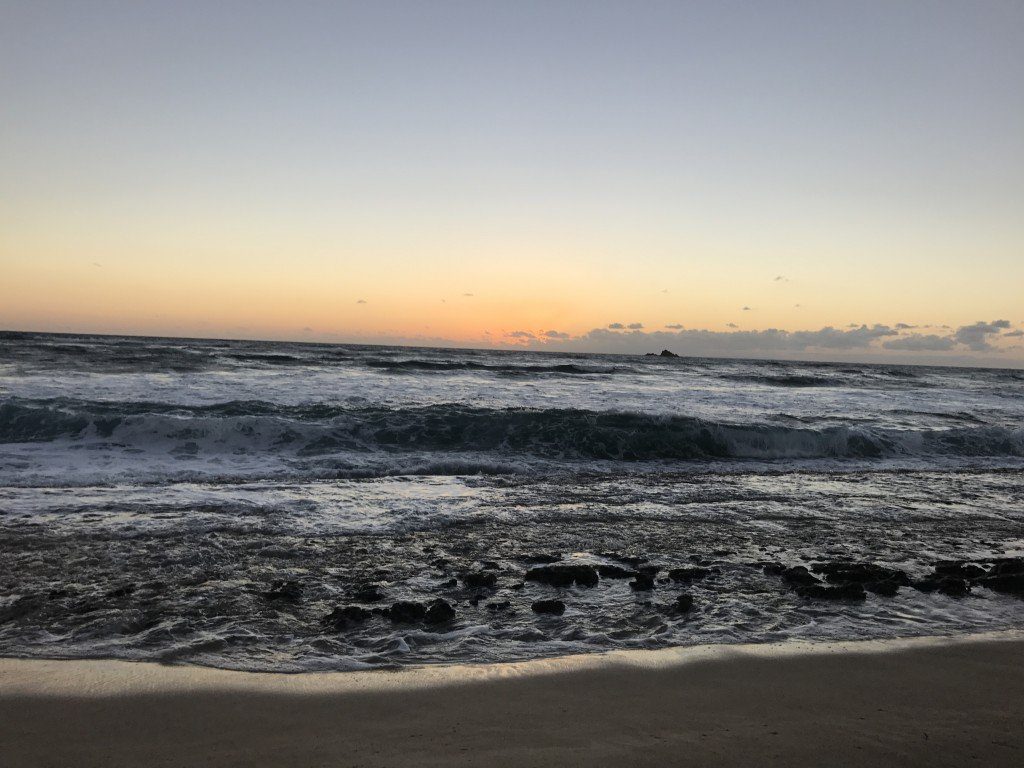 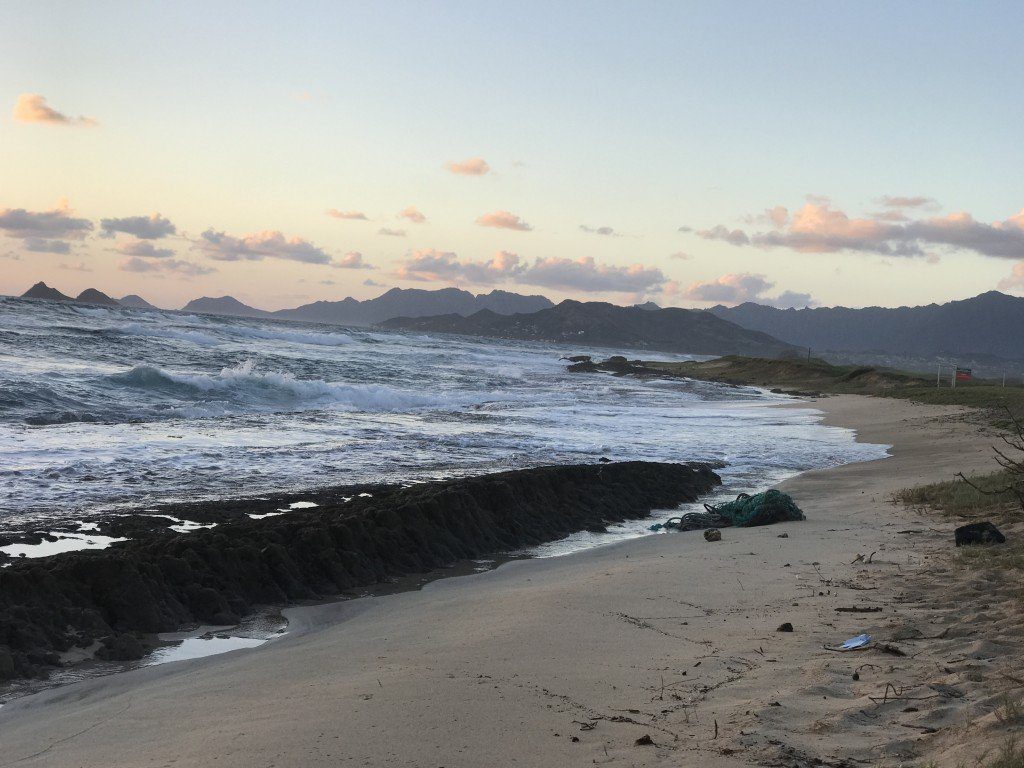 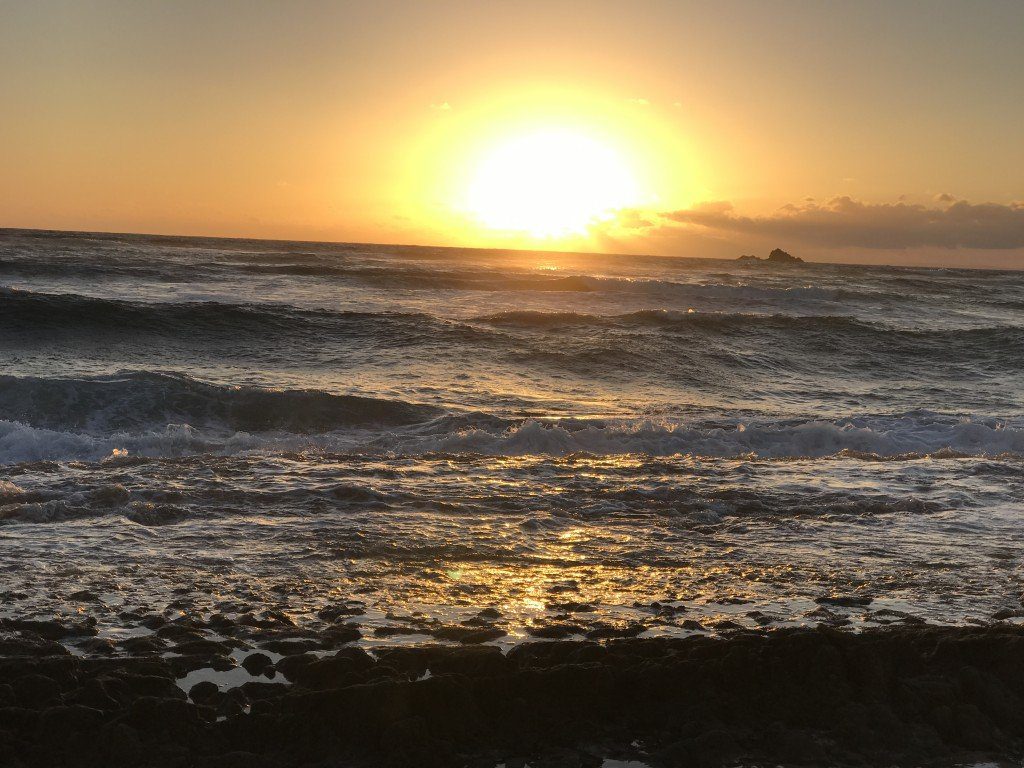 In my recent study of Galatians, I was challenged by the account of Peter, who erred in such a way that Paul confronts him publicly, “in front of everyone” (Gal 2:14). If anything would give me cause for pause as I read through an epistle, it is the rare and unlikely words: “I opposed him to his face because he stood condemned” (Gal 2:11). A little bit of background story will shed some light on the details of the situation Paul is referencing. Since disagreement amongst the apostles is so rarely recorded, I wanted to fully understand the incident, and take from it the lesson it was meant to teach.

The opposition Paul speaks of is toward Peter (a.k.a. Cephas). Peter is a Jew by birth. Jews adhered to strict laws regarding food. This all changed significantly after Christ died. In Acts, Peter has a vision from the Lord (3 times!), where he is presented with all the animals that were considered unclean and the Lord tells him “Get up, Peter; kill and eat!….What God has made clean, you must not call common” (Acts 10:13, 15). This was the turning point in Peter’s understanding that Jewish law no longer had a hold on him. Salvation came through faith and not through performance or outward rituals. So Peter (and many other believing Jews) now broke bread and fellowshipped with Gentile believers, understanding that they each arrived at salvation not by their rituals (or lack thereof), but by faith.

So what exactly did the apostle do that put him “in the wrong”? Peter retracted his association with the Gentiles when new Jewish believers arrived. Peter, “regularly ate with the Gentiles before certain men came from James. However, when they came, he withdrew and separated himself, because he feared those from the circumcision party” (Gal 2:12). Peter withdrew from fellowship with the Gentile brothers and also influenced “the rest of the Jews…[and] even Barnabas” to join him (Gal 2:13). Functionally, Peter is projecting the old standard (the law), onto these Gentile believers who will never measure up!

Paul calls Peter out: “know that no one is justified by the works of the law but by faith in Jesus Christ…If I rebuild the system I tore down, I show myself to be a lawbreaker…if righteousness comes through the law, then Christ died for nothing” (Gal 2:16,18,21). Once a devout Jew himself, Paul knew better than most that the law only brought condemnation and exclusion. Peter had compromised the unity of Christian fellowship by falling back on the old standard of righteousness and acceptance before God, resulting in the alienation of believers. Christ died to abolish the law and the separation it created!

Traditions, food choices, nationality—none of those things matter any longer. We have been unified as believers in a common Savior. Ephesians 2:11 states, “remember that at one time you were Gentiles in the flesh—called ‘the uncircumcised’ by those called ‘the circumcised,’… you were without the Messiah, excluded from the citizenship of Israel, and foreigners to the covenants of the promise, without hope and without God in the world. But now in Christ Jesus, you who were far away have been brought near by the blood of the Messiah. For he is our peace, who made both groups one and tore down the dividing wall of hostility. In His flesh, He made of no effect the law consisting of commands and expressed in regulations, so that He might create in Himself one new man from the two, resulting in peace.” Peace! Two groups becoming one. Walls demolished. I’m sure little grieves God more than to witness segregation amongst the people he sacrificed His only Son to bring together as His own.

In what ways are we erecting exclusionary walls like Peter did? When someone walks through those doors who does not fit our notion of what Christianity looks like, do we apply the old standards Christ died to abolish? Maybe it’s tattoos or denomination, economic status or intellectual capacity, family background or political affiliation. What projected expectations for salvation have led you to slight brothers and sisters in Christ? When has fear of other’s opinions dictated your hospitality? I think with regret about the missed opportunities for Christian fellowship that have occurred due to my arrogance and hypocrisy. Christ Jesus supped with me—gave his body and blood for me— the most unworthy, unqualified person at His table. Who am I to create a standard by which to judge others, which Jesus himself did not use to judge me?

The body of Christ, the church, cannot function as it was intended if we are cutting certain parts off and pronouncing them unqualified. I pray that we take a lesson from Peter; that expectations would be shattered and haughty hearts humbled as we embrace the beautiful, leveling hand of the Gospel. Regardless of our differences, we are united in our desperate need for a Savior. In Him, we “have access by one Spirit to the Father” and “are being built together for God’s dwelling” (Eph 2:18, 22). I am hopeful that the Spirit, who unites us, will cause new hands to shake and new doors to open— that Gospel love would adorn the table and allow true community to begin.

Stephanie is a food lover, wife and mother of two. In between laundry and dishes she seizes moments when the kitchen is clean to cook or bake another mess. She enjoys a glass of wine, but could probably be talked into ice cream instead. Stephanie writes for Read Cook Devour where she shares reliable recipes, tips on frugal and efficient living and encouragement she finds in Scripture. She loves company and hopes you’ll visit her cozy corner of the web!

Stop Praying About It Because, Yes, You’re Called to Serve