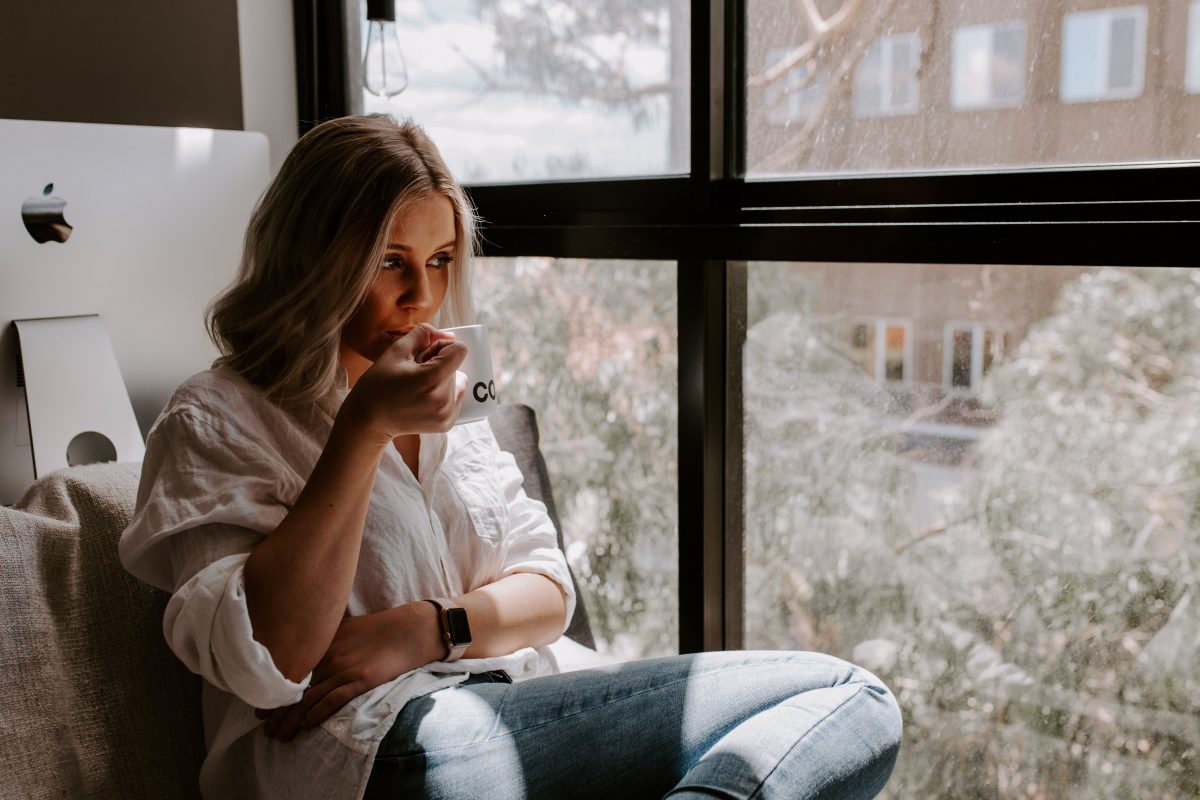 How Zechariah’s Doubt Taught Me To Trust God’s Faithfulness

When the angel, Gabriel, announced to Zechariah that God has heard his prayers and would be fulfilling his desire for a child by granting him a son who would prepare the way for the long-awaited for Messiah, he did not respond in faith. He doubted what the angel was saying and that God would be able to use them because of their circumstances.

Instead of seeking to trust, Zechariah, a priest, a man of God, doubted what God was capable of doing.

While I would love to stand here and say that I would not doubt, that I would stand strong and believe in the promises of God, but my attitude often shows otherwise.

Doubt seeps into my mind and like Eve in the Garden and Zechariah in the Holy of Holies, I wonder if what God has promised is trustworthy. Because in the day to day struggles of life, it’s hard to see the good and perfect plan He is working out for my life.

God has given me His word, and but like Zechariah, I often doubt it with my actions, if not my words. 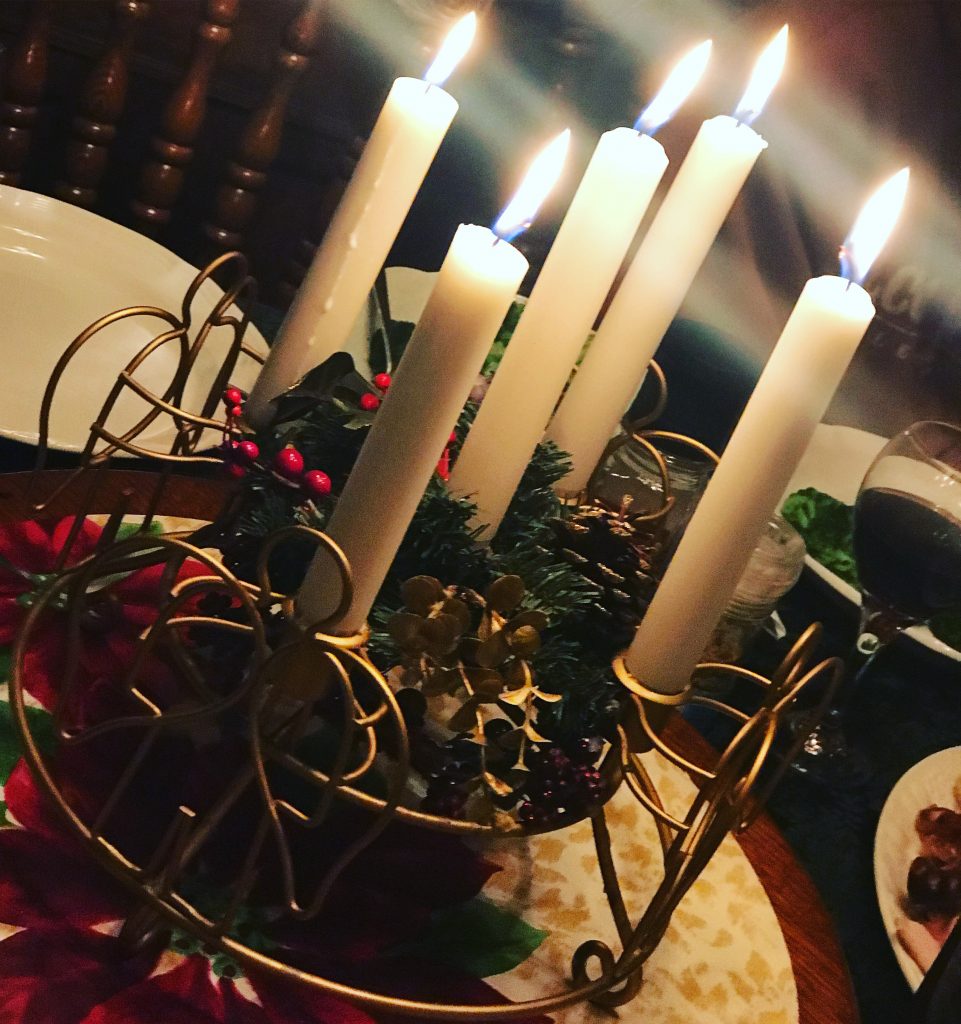 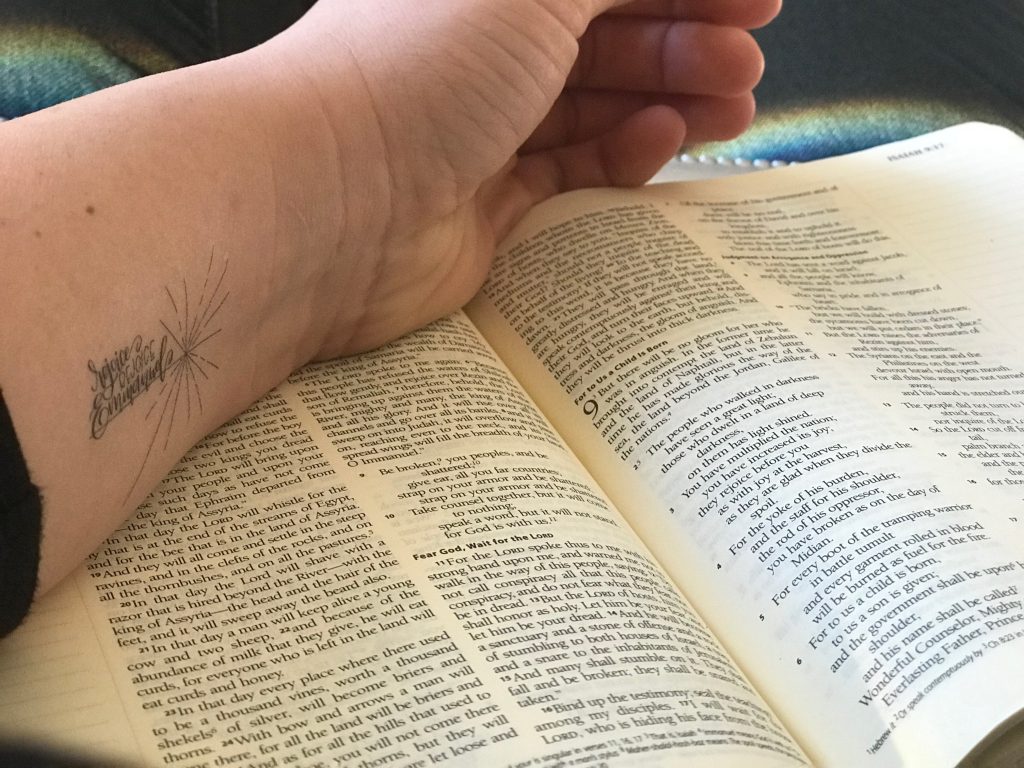 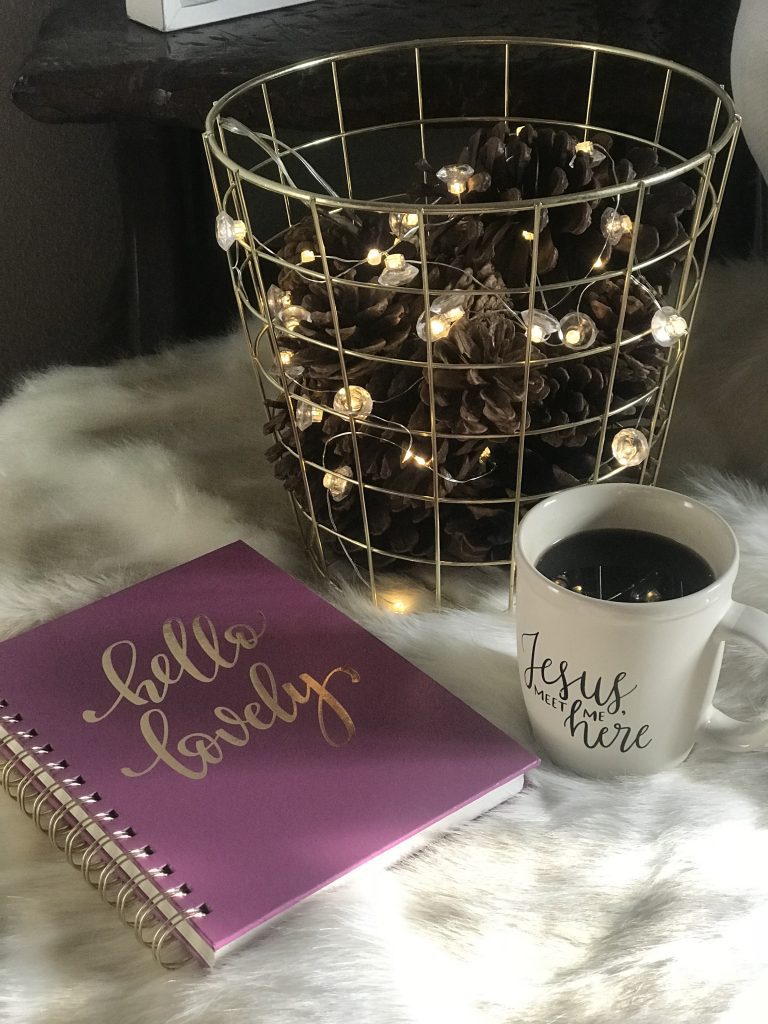 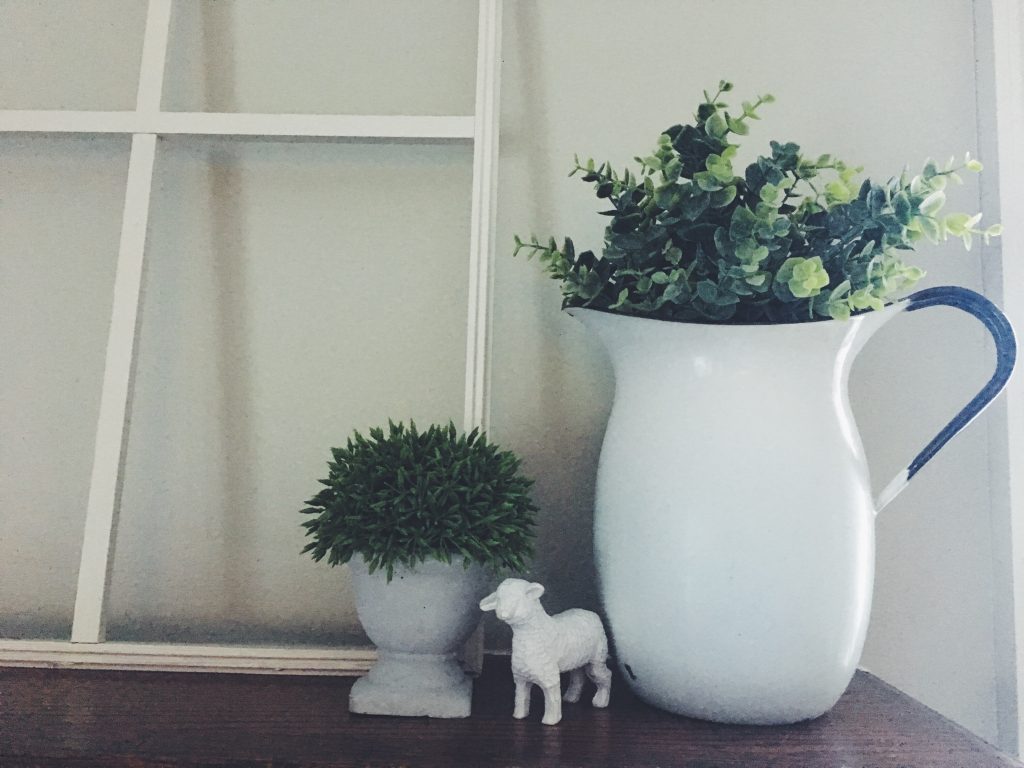 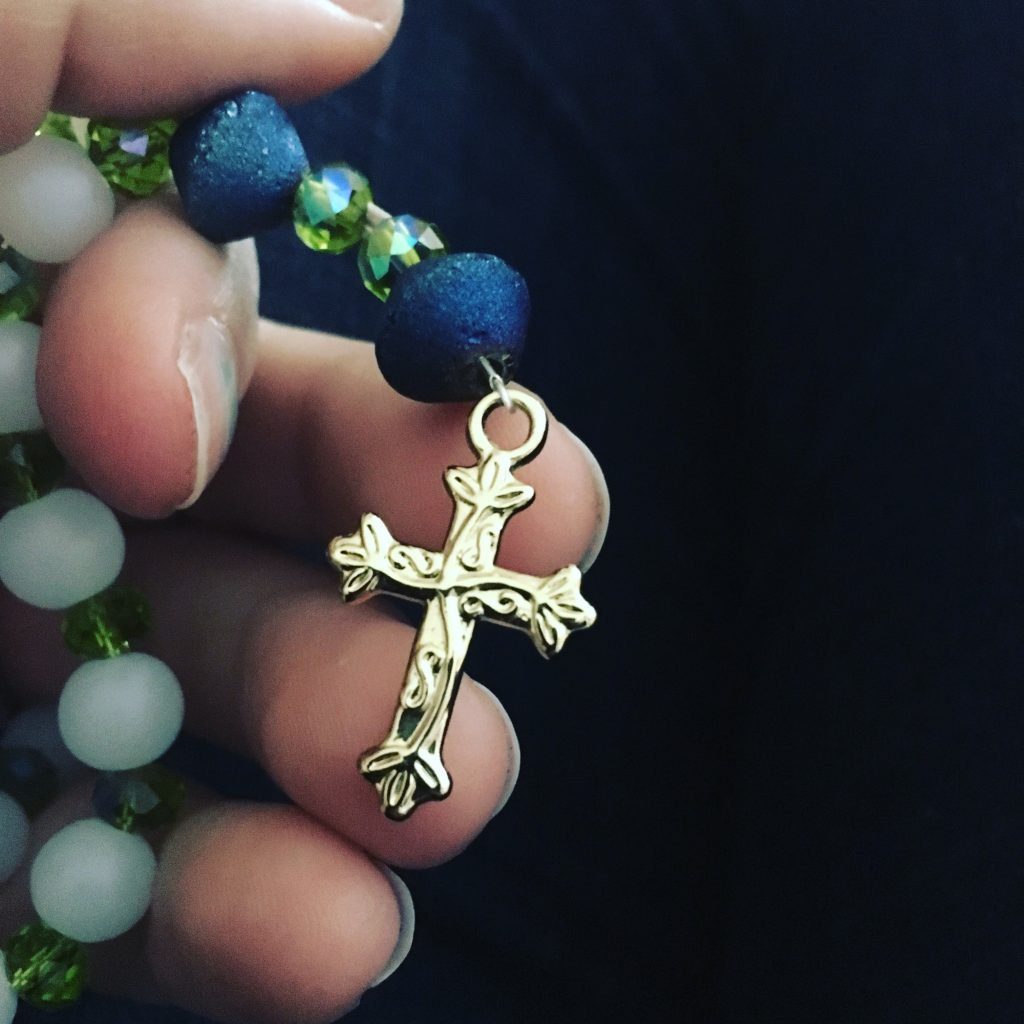 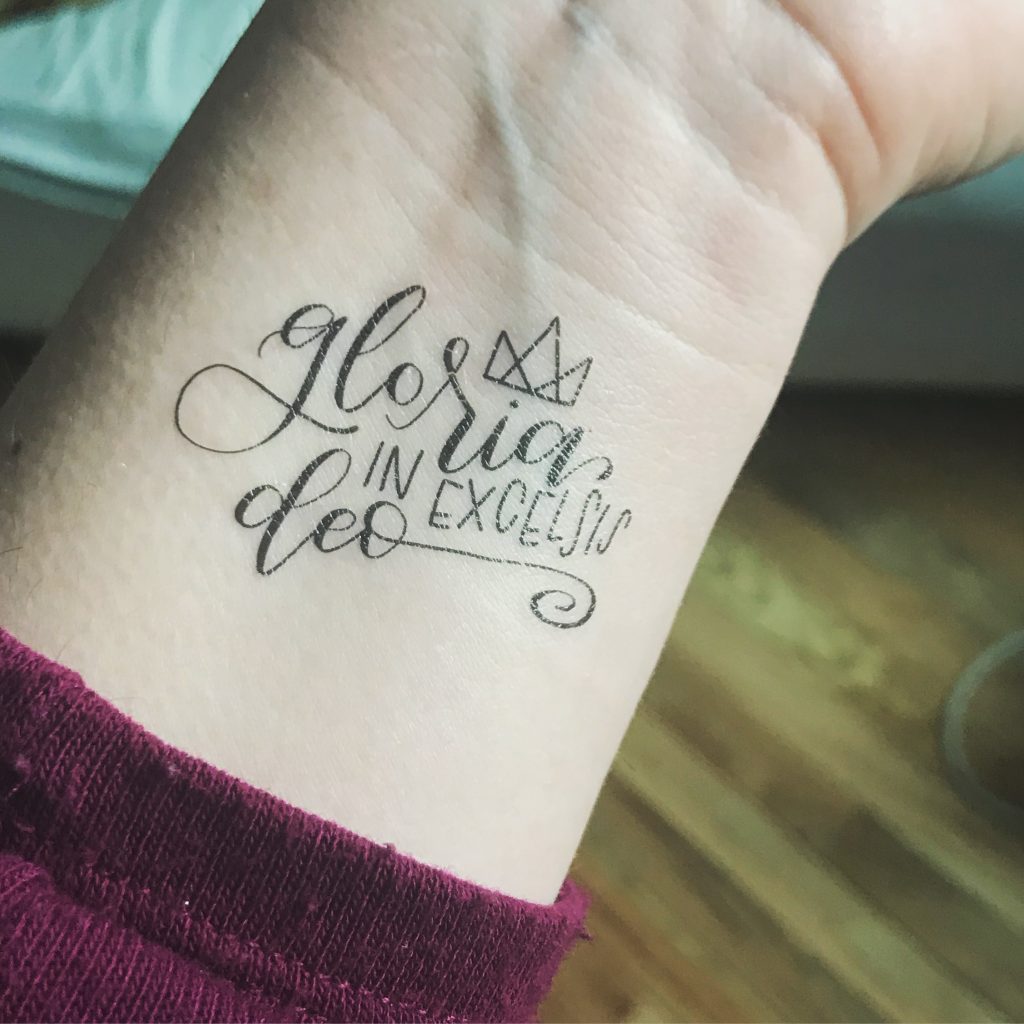 But Zechariah didn’t let his sin, doubt and His disbelief in God’s power, define him. He demonstrated faith in angel’s message and later shared that he trusted God’s fulfillment.

He declared before all Gabriel’s words about his son and God’s faithfulness.

And he continued by sharing that this Messiah would save His people by forgiving their sins.

And you, child, will be called the prophet of the Most High;
for you will go before the Lord to prepare his ways,
to give knowledge of salvation to his people
in the forgiveness of their sins,
because of the tender mercy of our God,
whereby the sunrise shall visit us from on high
to give light to those who sit in darkness and in the shadow of death,
to guide our feet into the way of peace. – Luke 1:76-69, ESV

Do I move forward, move on, from sin into a life of holy living or do I let the sin in my life define me? Zechariah sinned, but he moved on in repentance, and instead of doubting, boldly proclaimed what God could do.

Because what he was proclaiming was that God’s people would be free from their sin. Instead of being pulled away from Him, they would be drawn close once again.

Zechariah’s prayer shows us that God isn’t just working in his situation or my situation, He is working in all of Mankind throughout all of time.

Zechariah's prayer shows us that God isn’t just working in his situation or my situation, He is working in all of Mankind throughout all of time. Click To Tweet

And we are called to trust and to open our eyes, wider and wider, that we may marvel at God’s work throughout history. It is easy to become blinded by our circumstances, but Zechariah’s story and prayer show me, again and again, that our circumstances are only a dimly lit portion of the whole picture.

Now we see in a mirror dimly, but then face to face. Now I know in part; then I shall know fully, even as I have been fully known. – 1 Corinthians 13:13, ESV

Instead of falling into the sin of unbelief, I need to fall on our knees in adoration of our God.

Because God’s faithfulness? It is displayed, not only in my own life, but in the lives of His people.

The prayer of Zechariah and his prophecy remind me to look to what God is doing, not just in my life and those around me, but throughout all of time. Because when I look at Scripture and see God’s faithfulness in redeeming His people from Egypt, in providing the prophets to tell us His ways, and in sending His Son as our Messiah, my own problems seem less impossible and more like a small portion of a larger picture.

Today, instead of doubting what God has said, I’m going to thank God for His faithfulness through the generations, both in my family’s history, my country’s history, and in the history of His people. 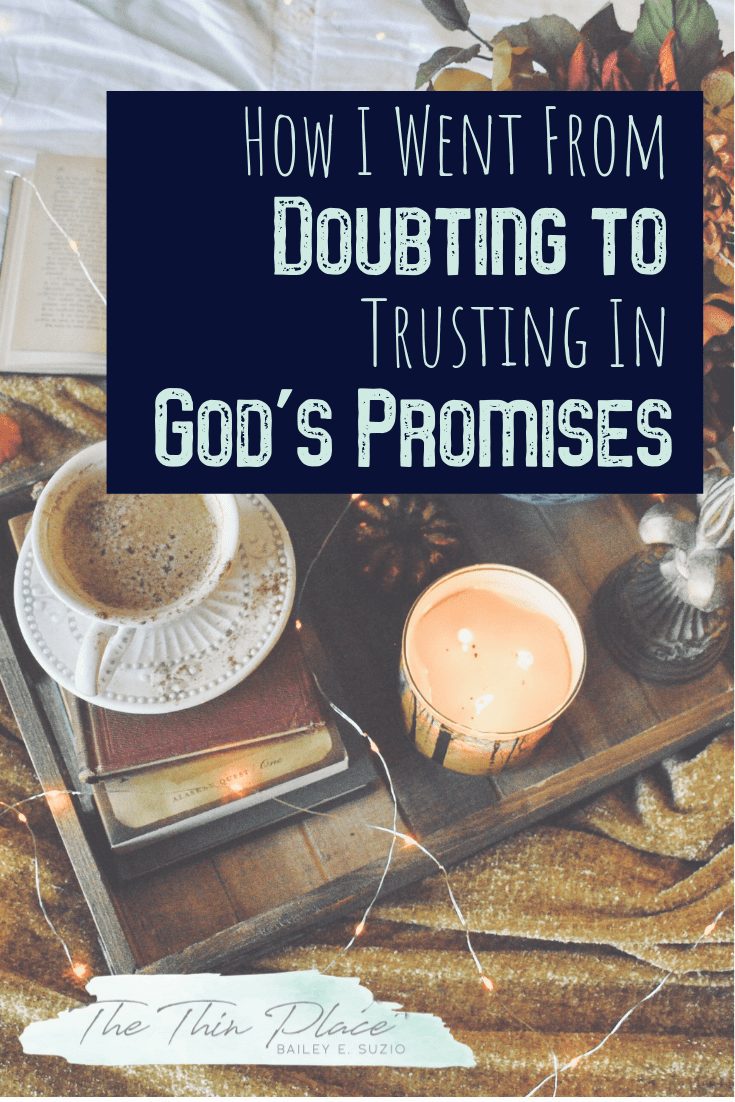 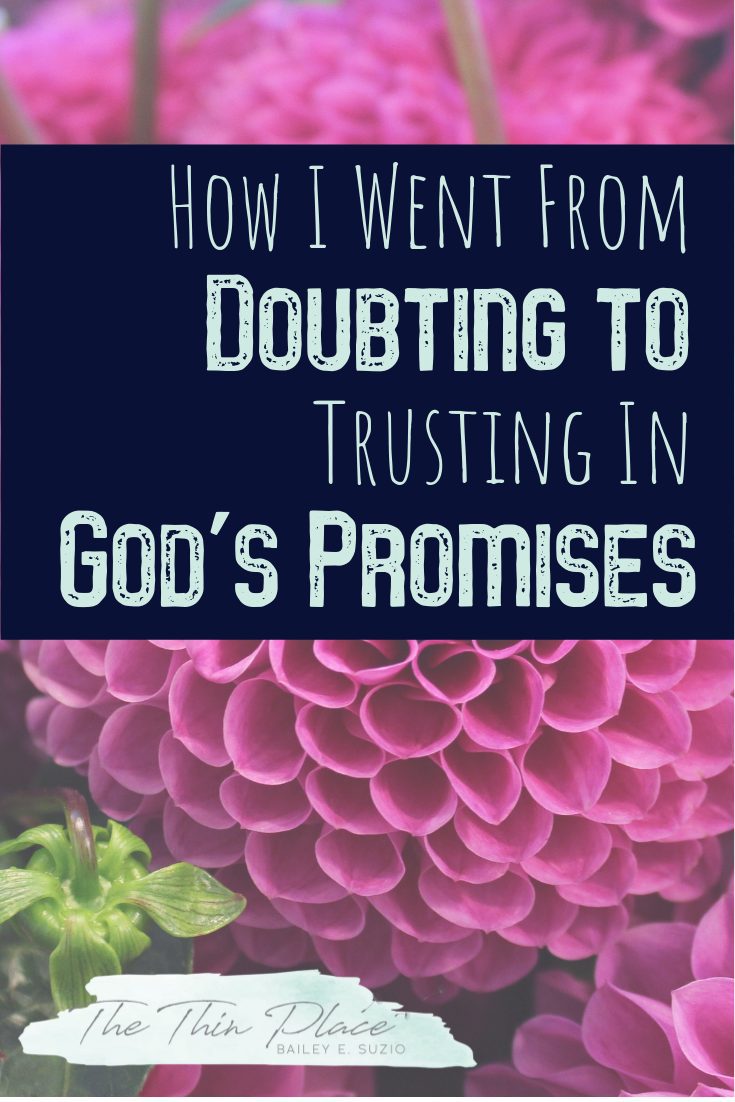 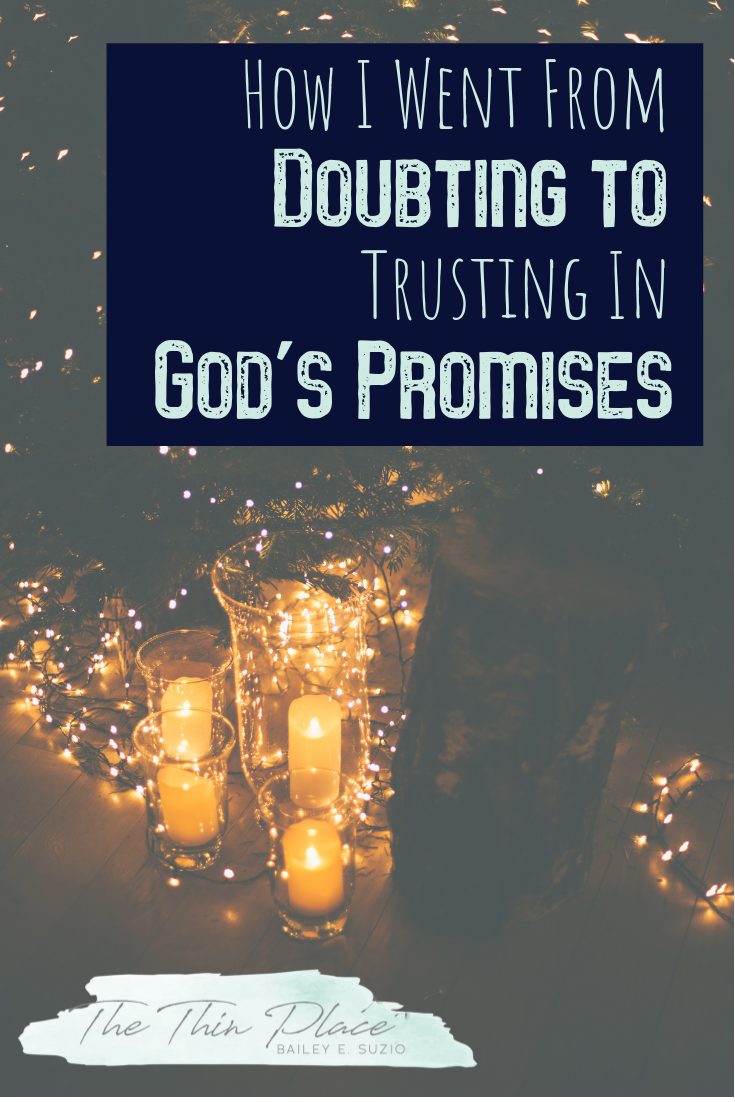 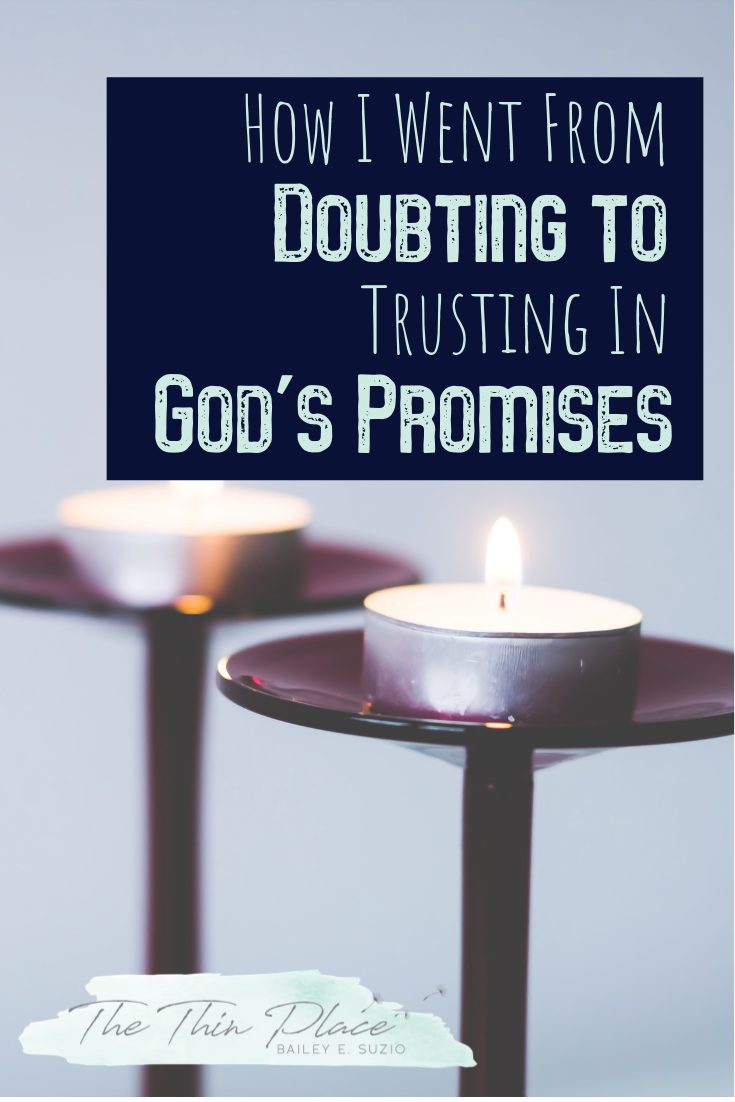 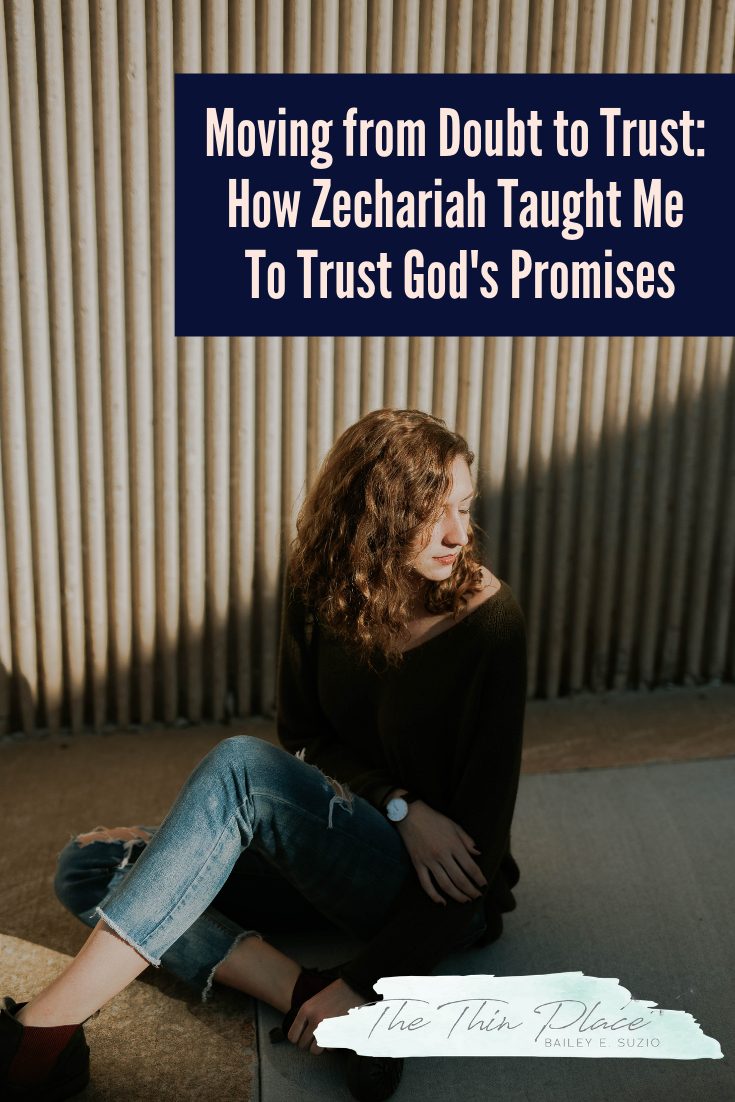 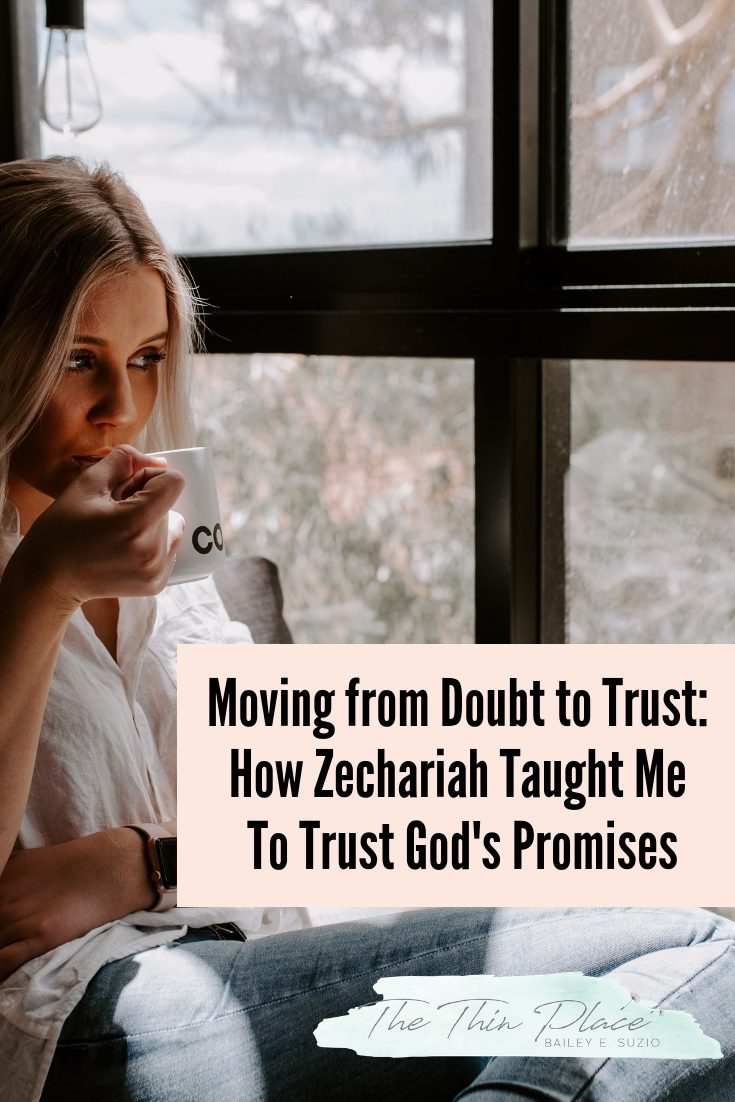 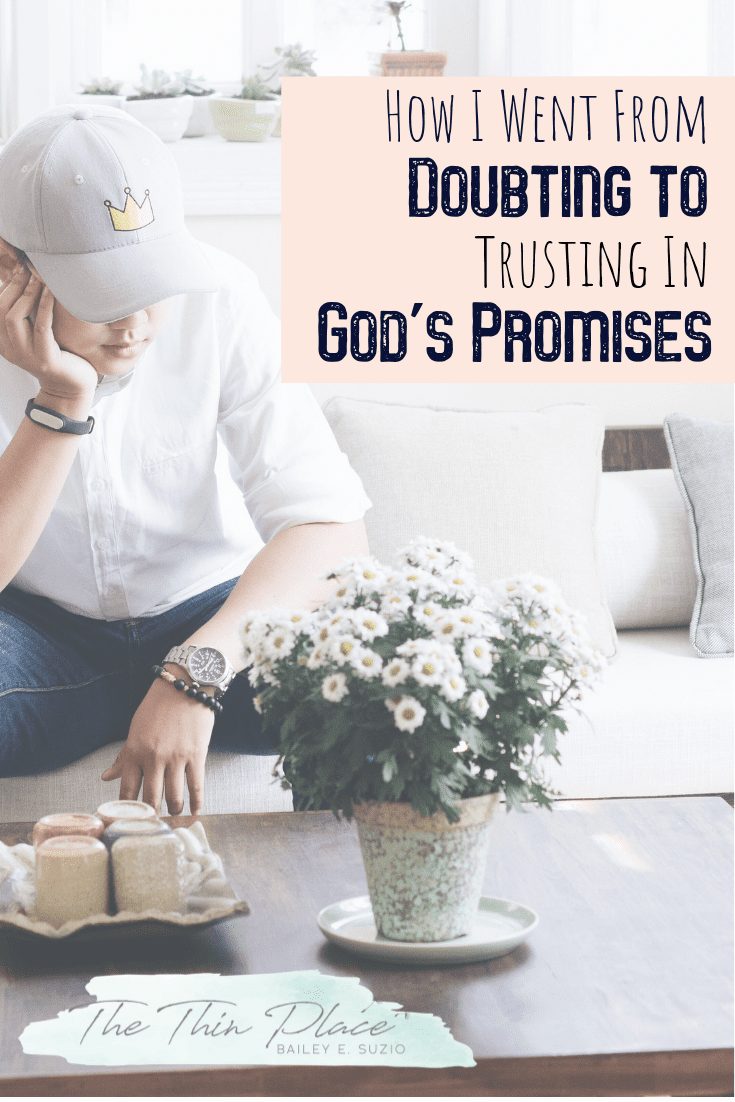 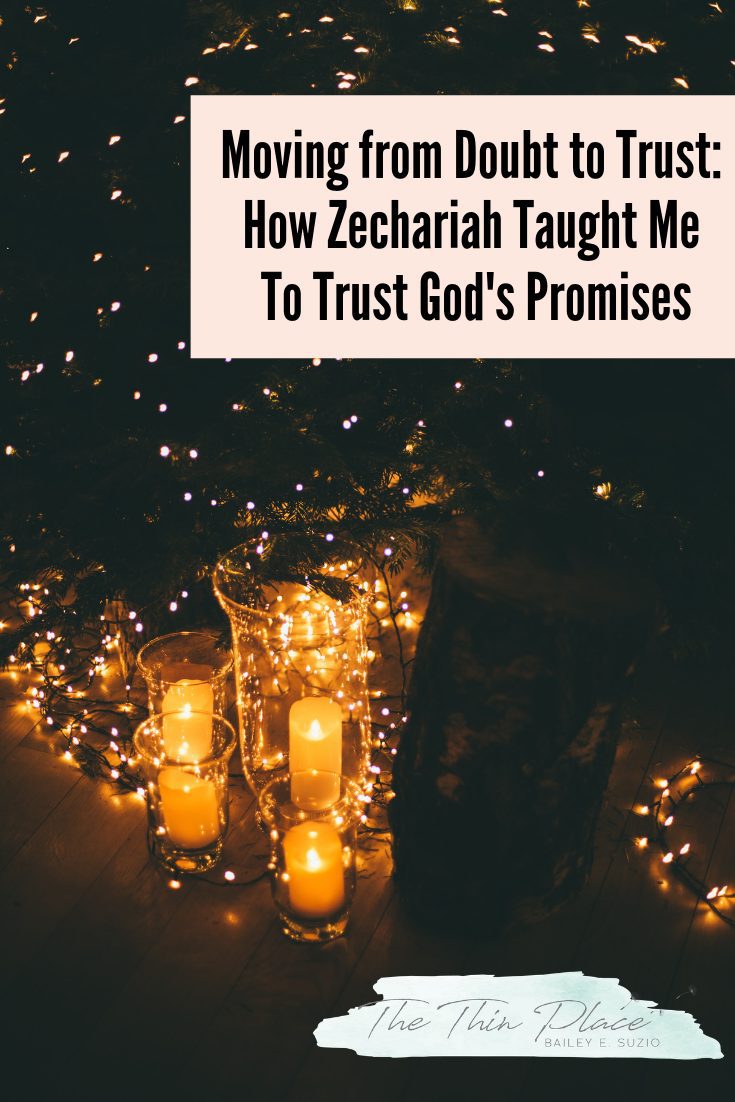 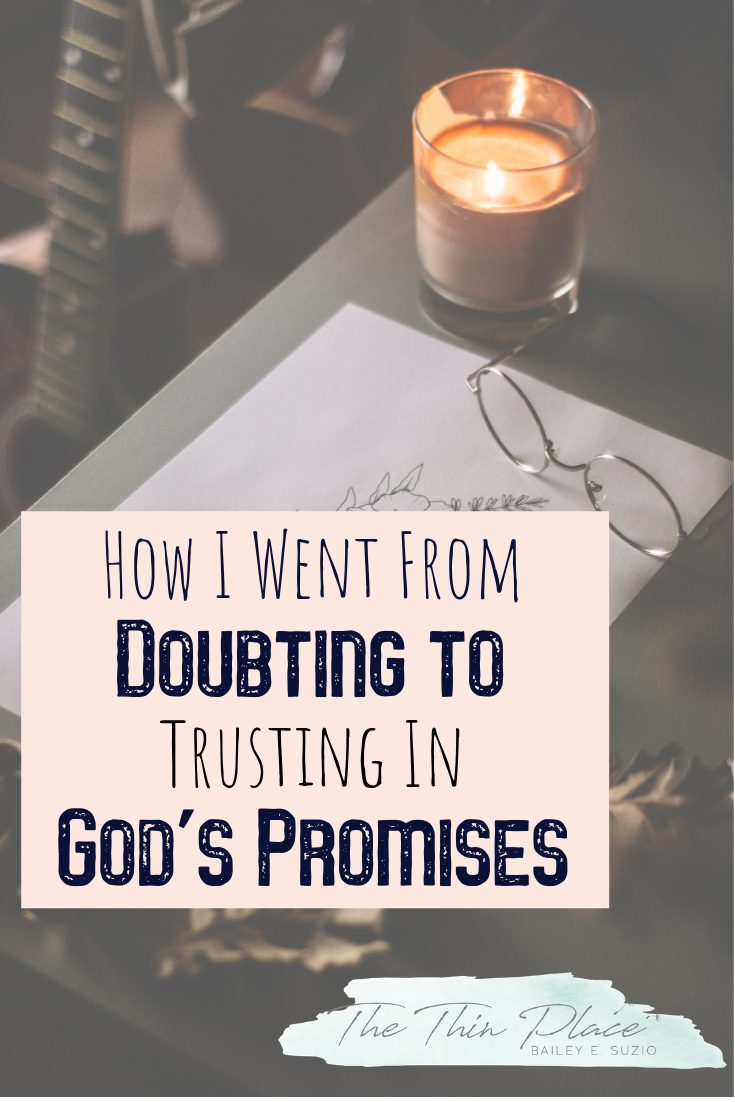 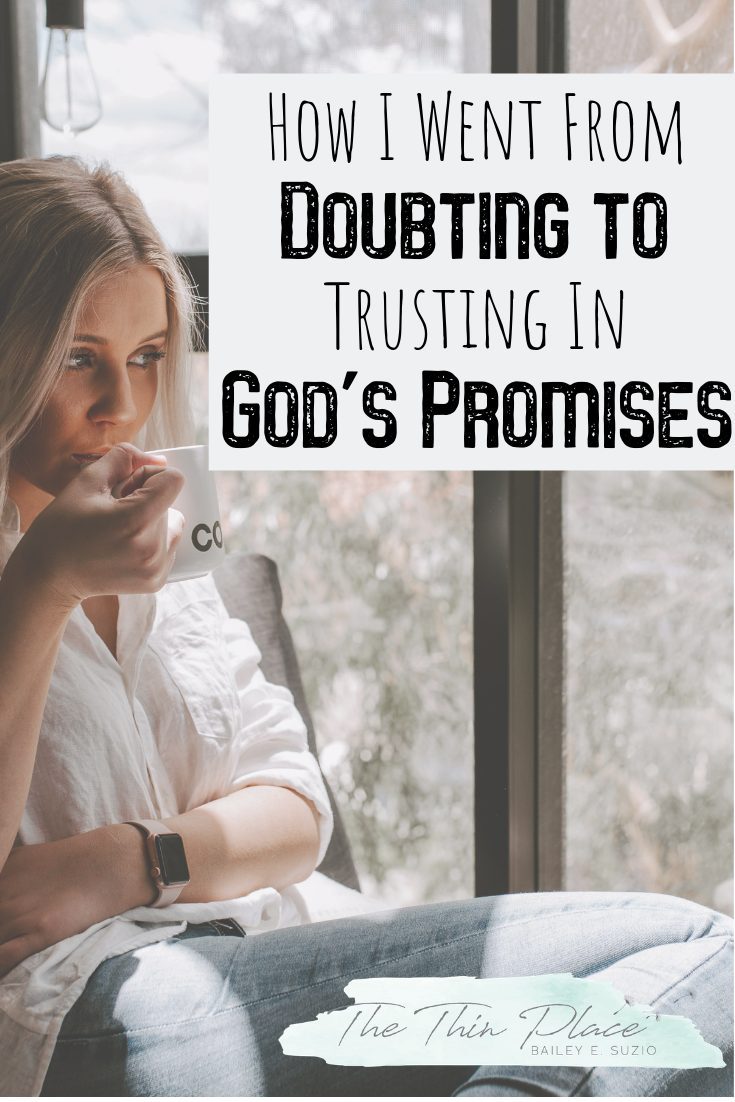 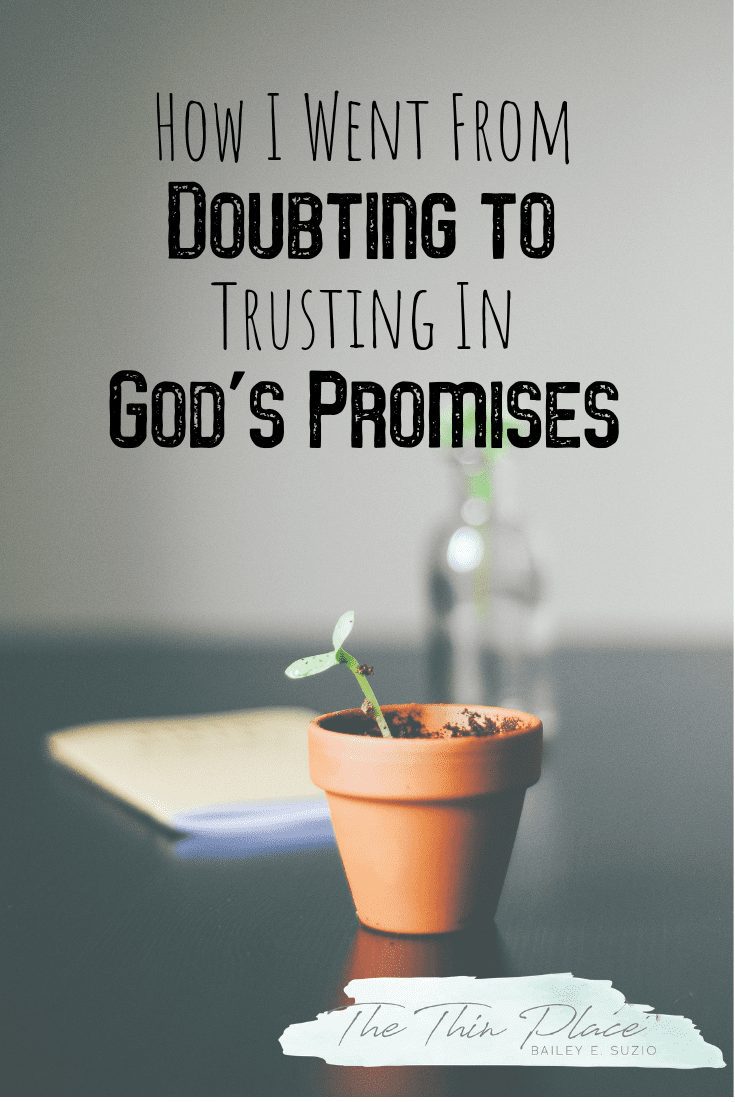 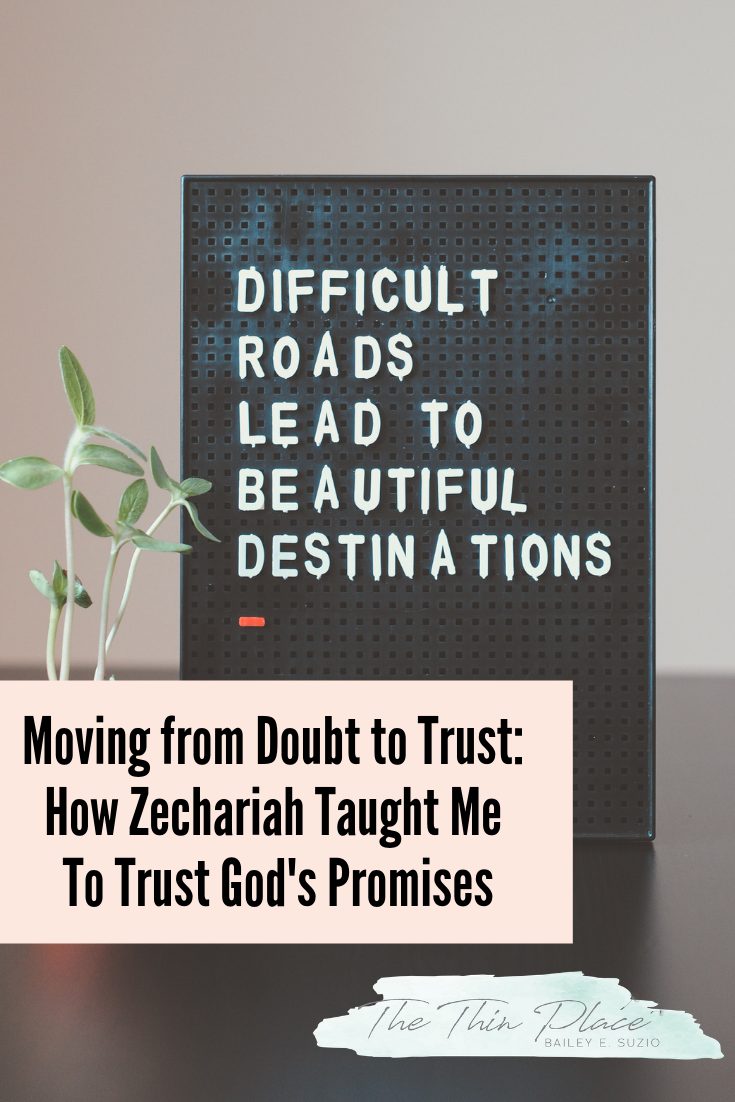 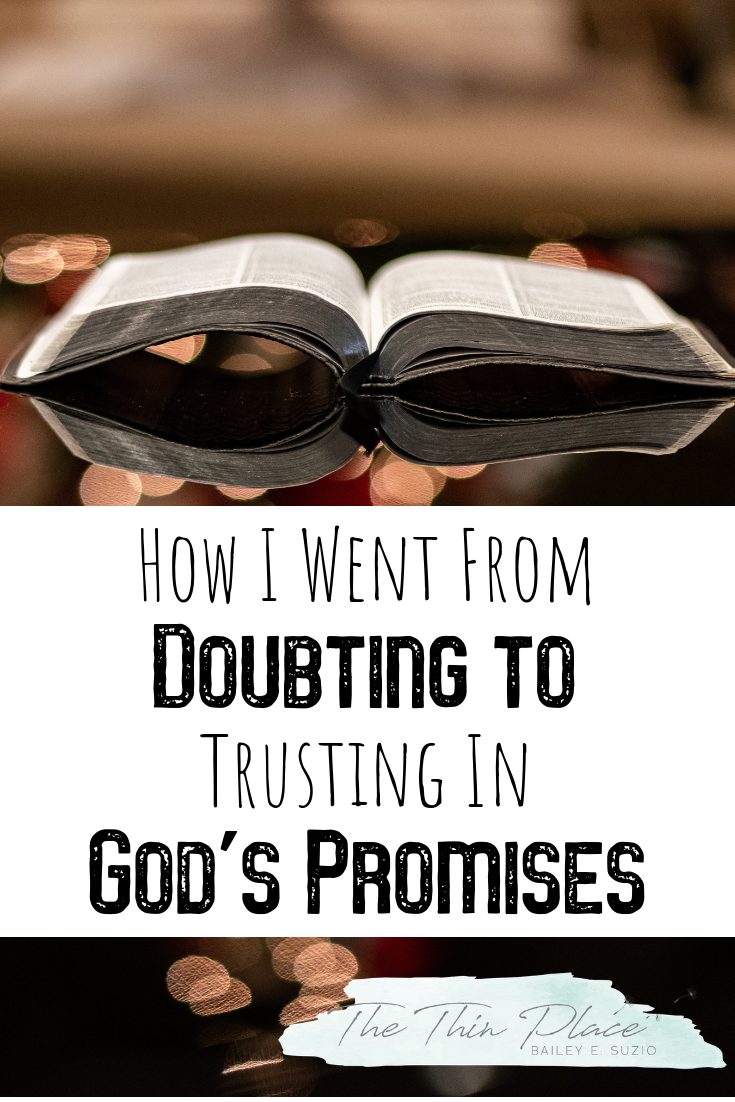 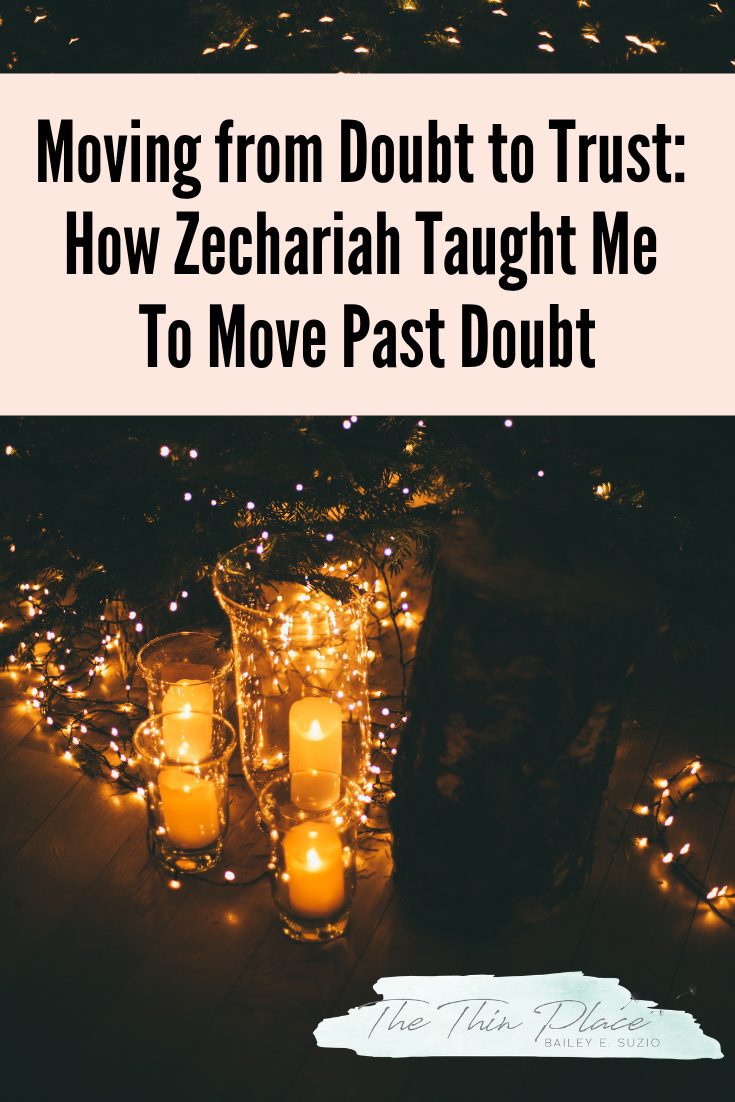 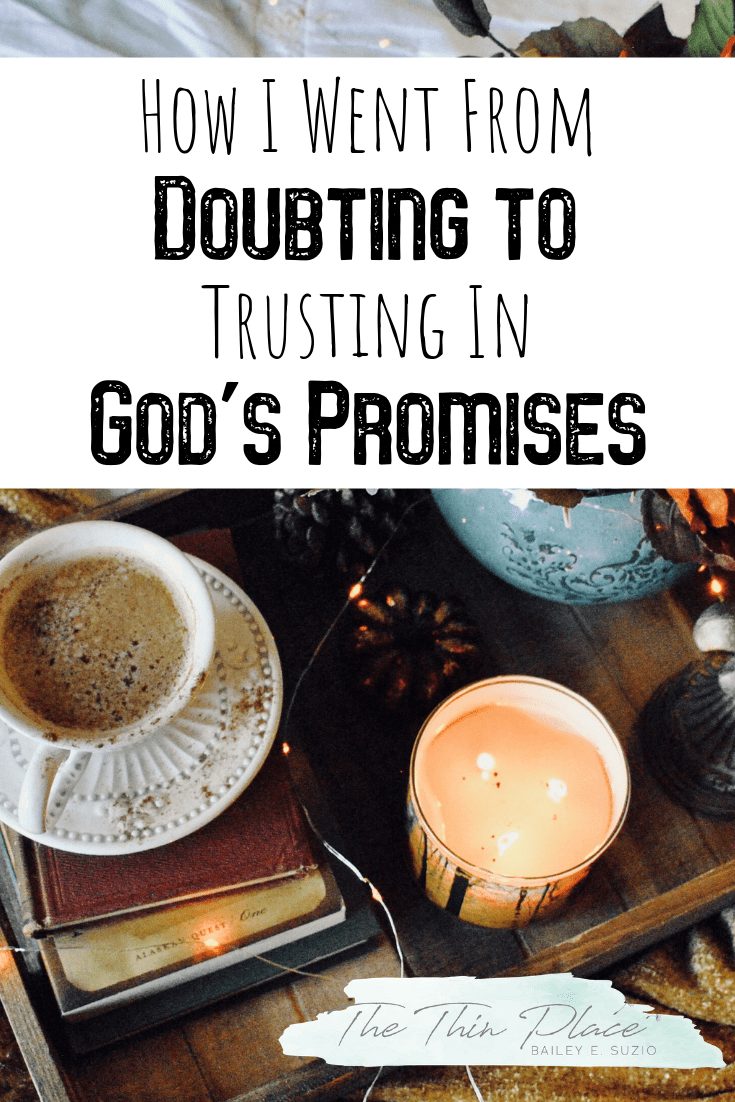 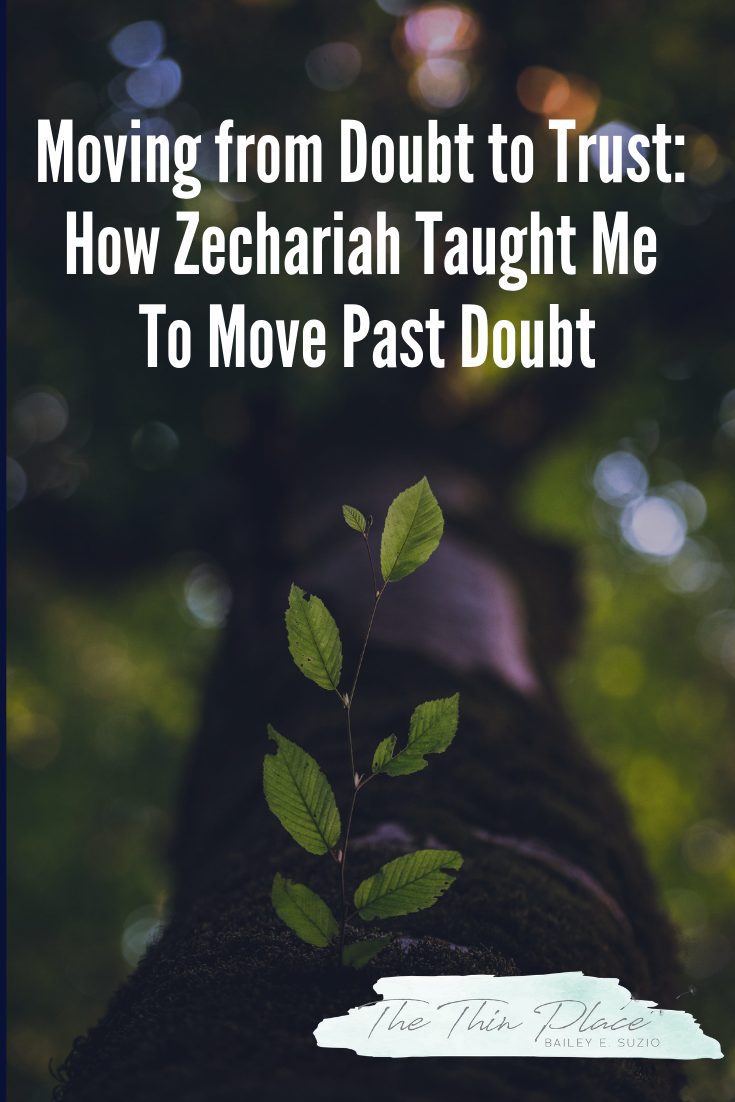 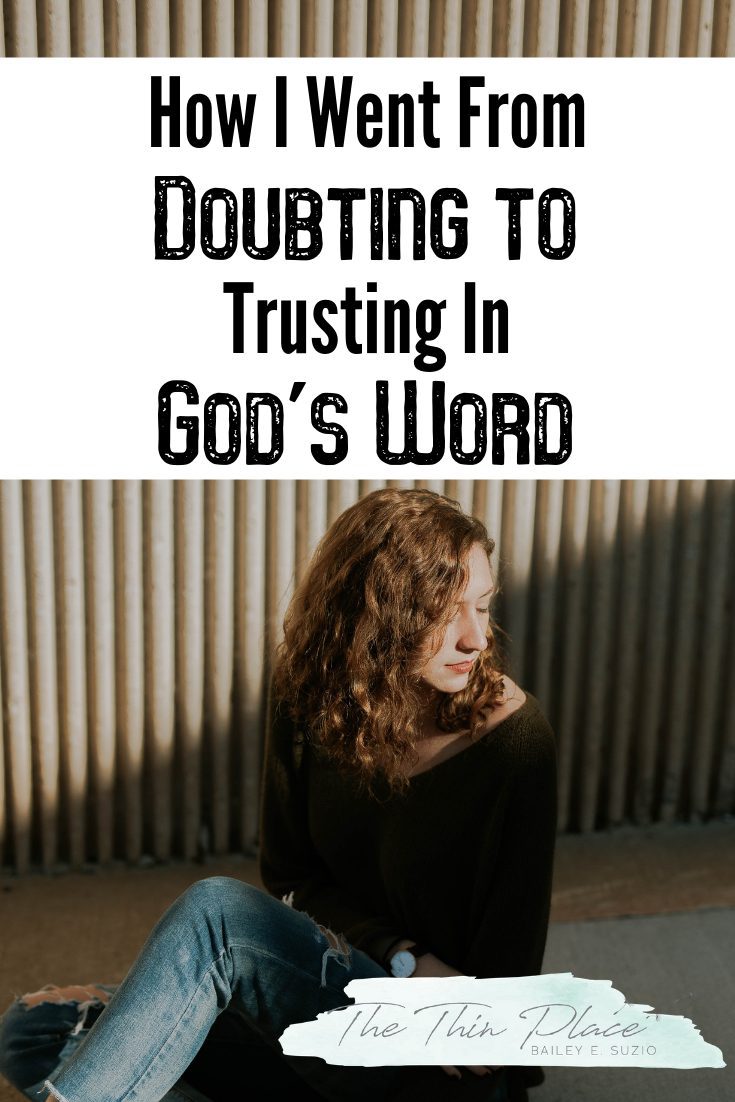 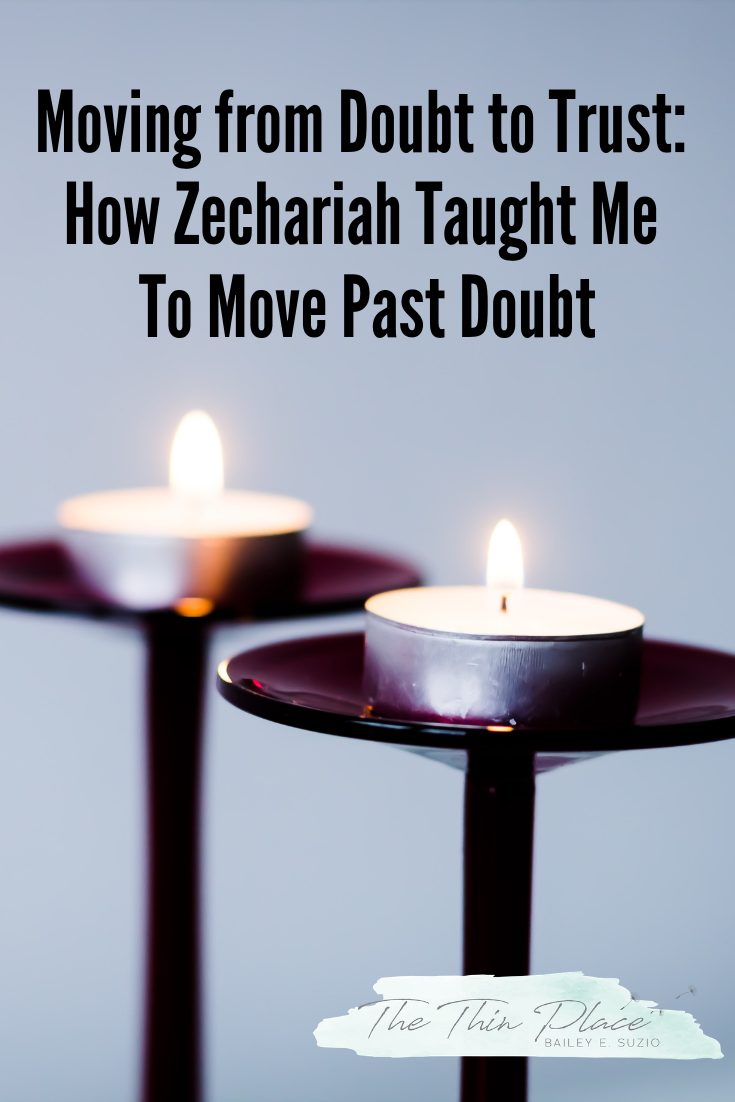 As I march through Advent towards the Baby in Bethlehem, I’m going to believe that God is in the business of restoring crushed relationships, healing hearts crushed by this sinful world, and working miracles that seem unattainable to our limited minds.

As I march through Advent towards the Baby in Bethlehem, I'm going to believe that God is in the business of restoring crushed relationships, healing hearts crushed by this sinful world, and working miracles that seem unattainable… Click To Tweet

And the restoration of a relationship that Zechariah prophesied? It was a miracle even more extravagant than a barren couple, well beyond child-bearing years, having a child. And only a few, short months later after Zechariah prophesied, that Savior breathed in the very air He created.

So today, I will trust, and I will pray. Instead of falling into the same sin patterns, I will turn in belief and trust in the Maker of the stars and the Keeper of time itself to work each and every moment of my life for my good and His glory.

Can We Wait for Christmas?

A Waiting People: Living in the Saturdays