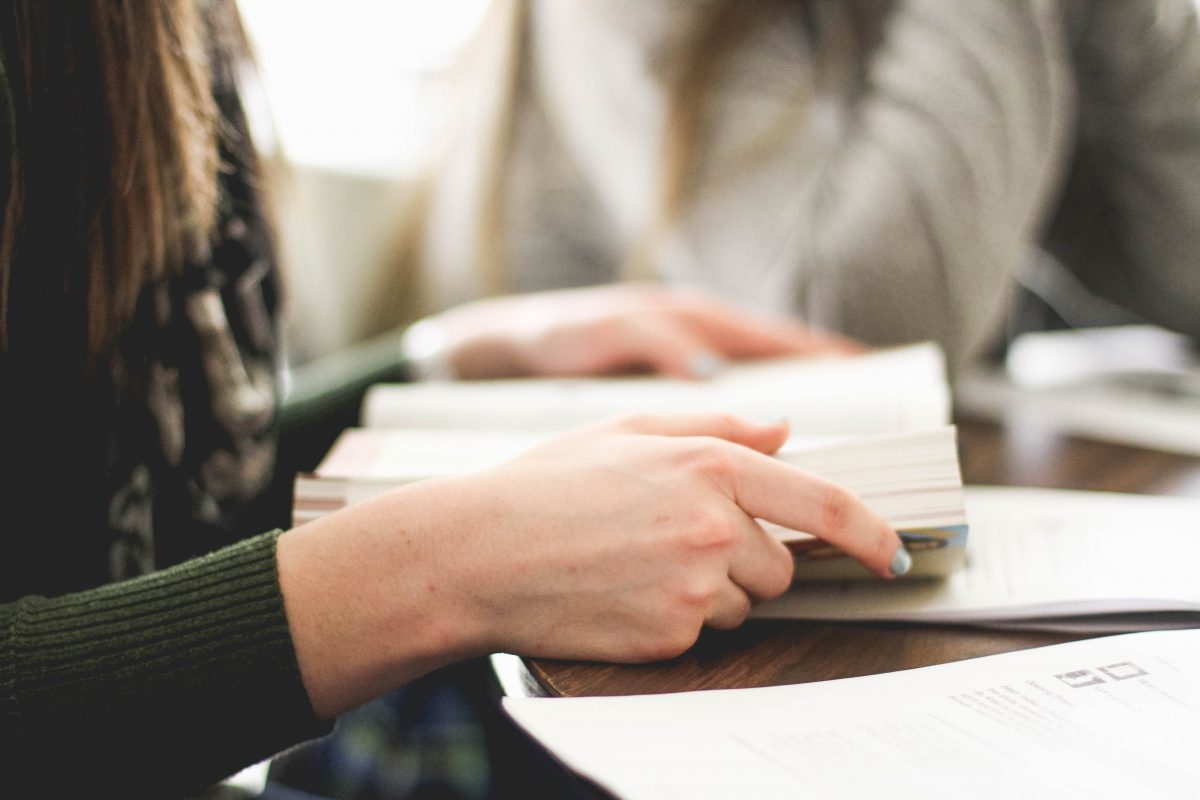 5 (More) Remarkable Women of the Bible Who Prayed

The Women of the Old Testament have been inspiring me greatly. Reading the stories of their faith and God’s faithfulness fills my heart with hope in the goodness of the One who heard each word they offered up to Him.

God has given us many women in the Bible to look to as examples of great faith in the midst of a slew of situations. Some of their circumstances are easily identifiable as struggles I also face. Others require such dramatic faith that I can only imagine the supernatural grace it took to respond with the faith that women of the Bible displayed.

Last week, I shared with you 5 prayers from incredible women in the Old Testament, this week, I want to share with you from women who saw the fulfillment of the long-awaited Messiah. Some spent years praying to see God’s goodness, some had bold faith that Jesus was exactly who He said He was. All of these women give us encouragement that we should follow in our Christian life.

Here are 5 Prayers from women of the Bible to inspire your faith:

1. Elizabeth, Mother of John the Baptist

Elizabeth had spent years carrying the shame of infertility. In her culture, those around her saw infertility as an ignominy, an indicator of a hidden sin or disfavor in God’s eyes. But Elizabeth and her husband carried on faithfully in the service of the Lord and saw His blessing in their old age. They conceived a son, years after children seemed like an impossibility, and gave birth to the prophesied one who would prepare the people for the arrival of the Messiah.

After these days his wife Elizabeth conceived, and for five months she kept herself hidden, saying,“Thus the Lord has done for me in the days when he looked on me, to take away my reproach among people.” – Luke 1: 24-25, ESV

When Elizabeth became pregnant, she hid herself, overwhelmed with God’s goodness towards her. She didn’t need a parade of people exclaiming over her miracle, it was simply enough to know that her God saw her. May we, like Elizabeth, recognize God’s goodness and seek His recognition above our own.

Mary, the young virgin who found herself pregnant with the Son of God, was given reason for both joy and trepidation. But Mary did not fear what people would do, because she knew the wonder and might of her God. She didn’t try to rationalize or control the situation, she simply accepted God at His word and offered herself as a willing vessel. Upon seeing her cousin, Elizabeth, she burst forth with joy proclaiming the goodness of the Lord.

And Mary said,
“My soul magnifies the Lord,
and my spirit rejoices in God my Savior,
for he has looked on the humble estate of his servant.
For behold, from now on all generations will call me blessed;
for he who is mighty has done great things for me,
and holy is his name.
And his mercy is for those who fear him
from generation to generation.
He has shown strength with his arm;
he has scattered the proud in the thoughts of their hearts;
he has brought down the mighty from their thrones
and exalted those of humble estate;
he has filled the hungry with good things,
and the rich he has sent away empty.
He has helped his servant Israel,
in remembrance of his mercy,
as he spoke to our fathers,
to Abraham and to his offspring forever.” – Luke 1: 46-55, ESV

Mary knew the history of what God had done for His people. She knew His character and faithfulness throughout time, as displayed in what He had done for His people and was continuing to do in sending the Messiah. She recalled over and over again the times God had turned the world upside down, knowing that He was about to do it again. Our God is bigger than our time. Mary understood that and opened her eyes to see a scene that extended far before and beyond her life. Like Mary, may we look beyond our circumstances and praise God for His continued goodness to His people. 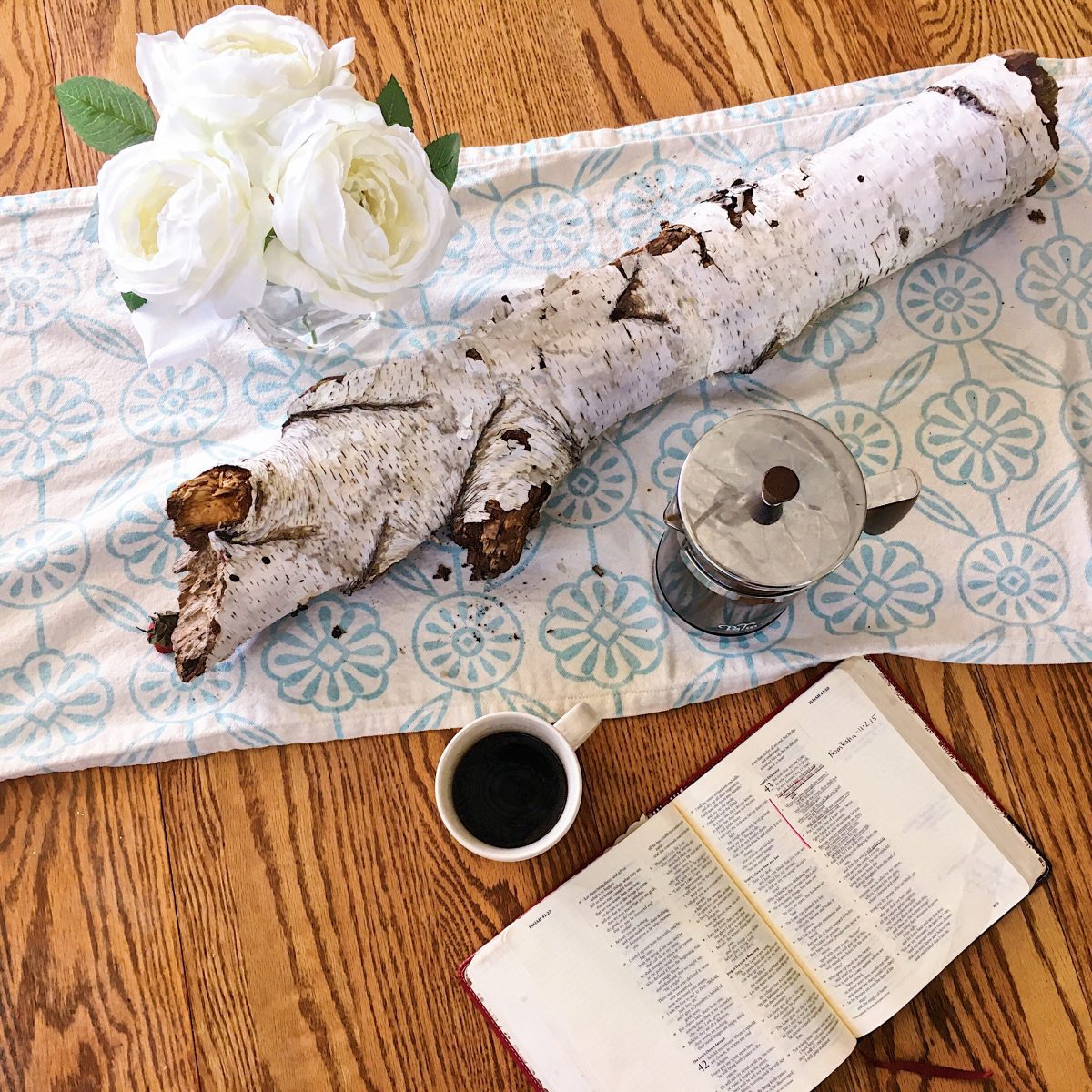 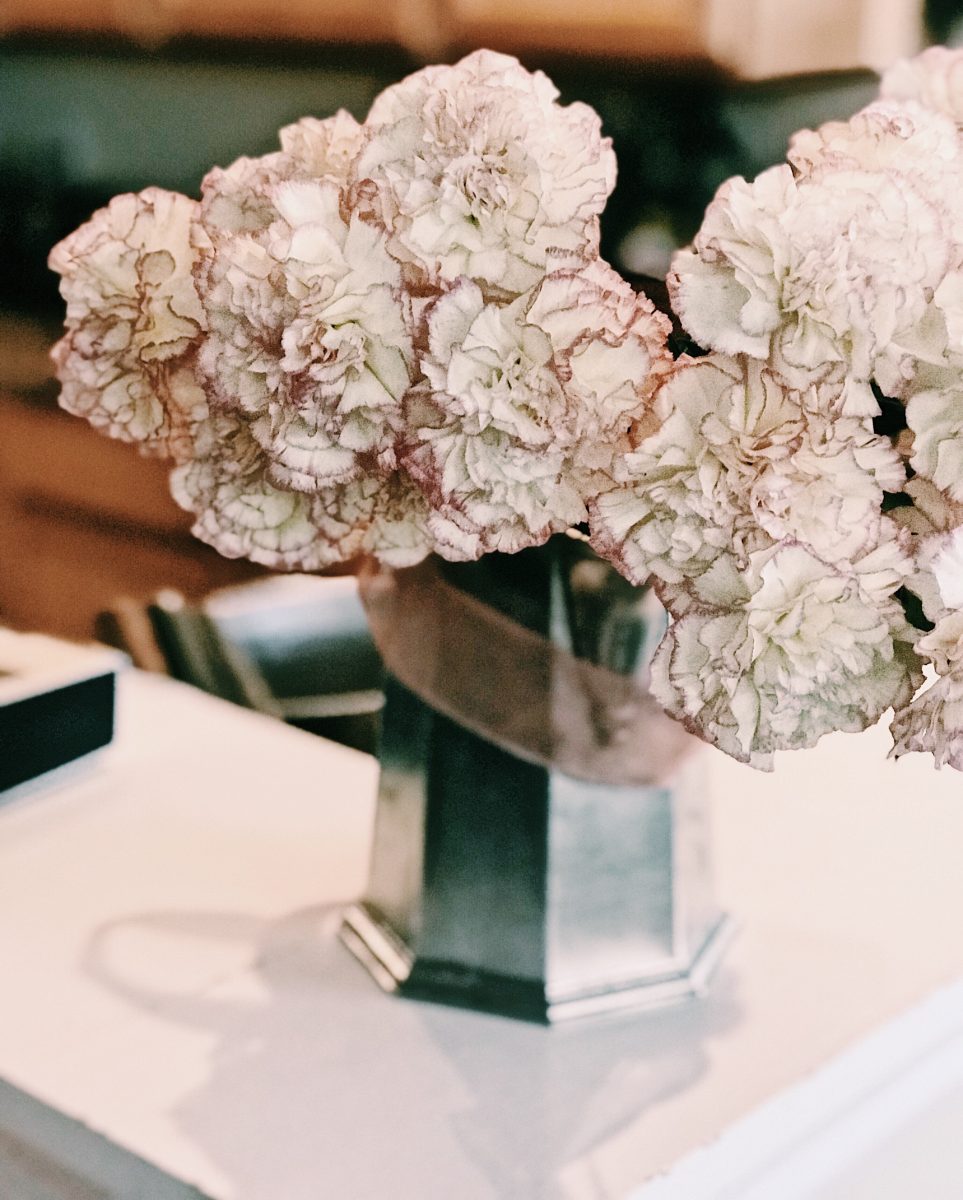 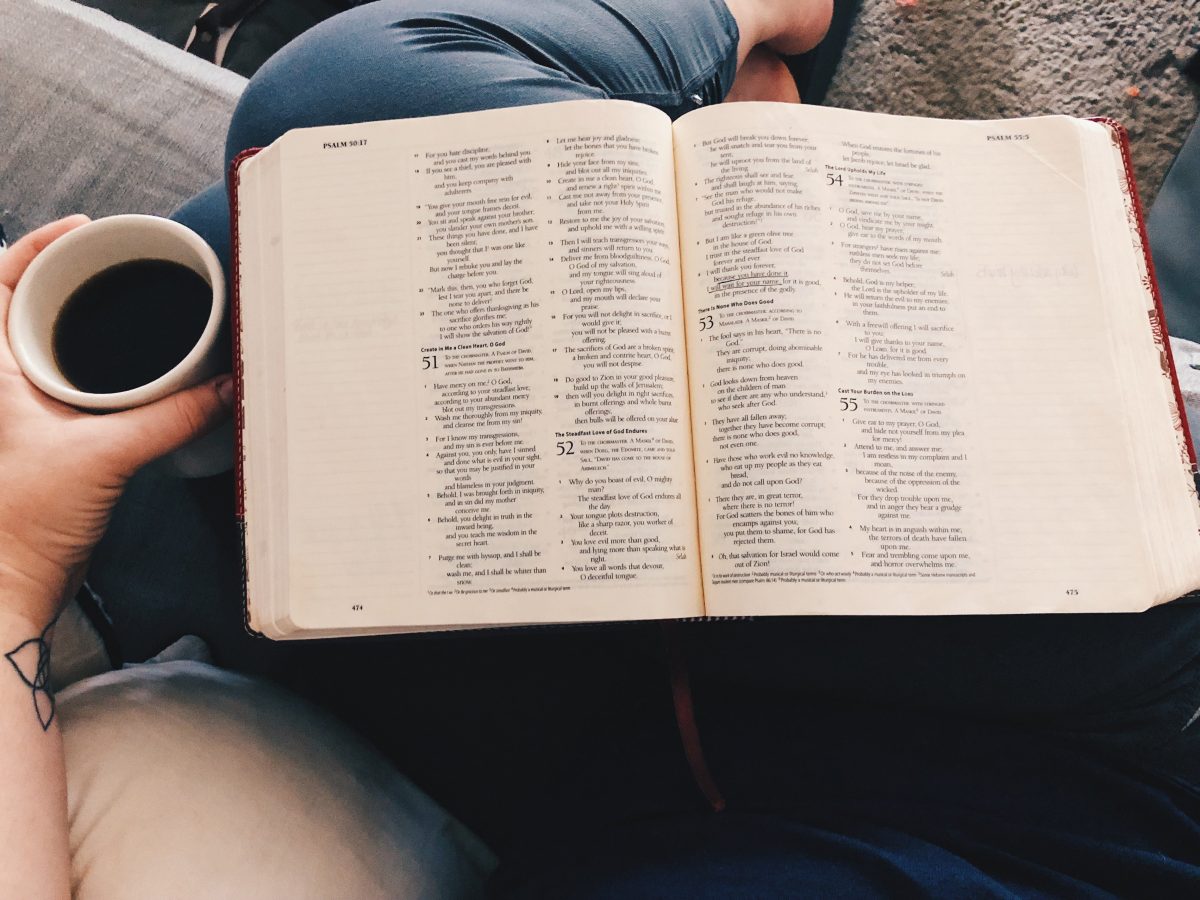 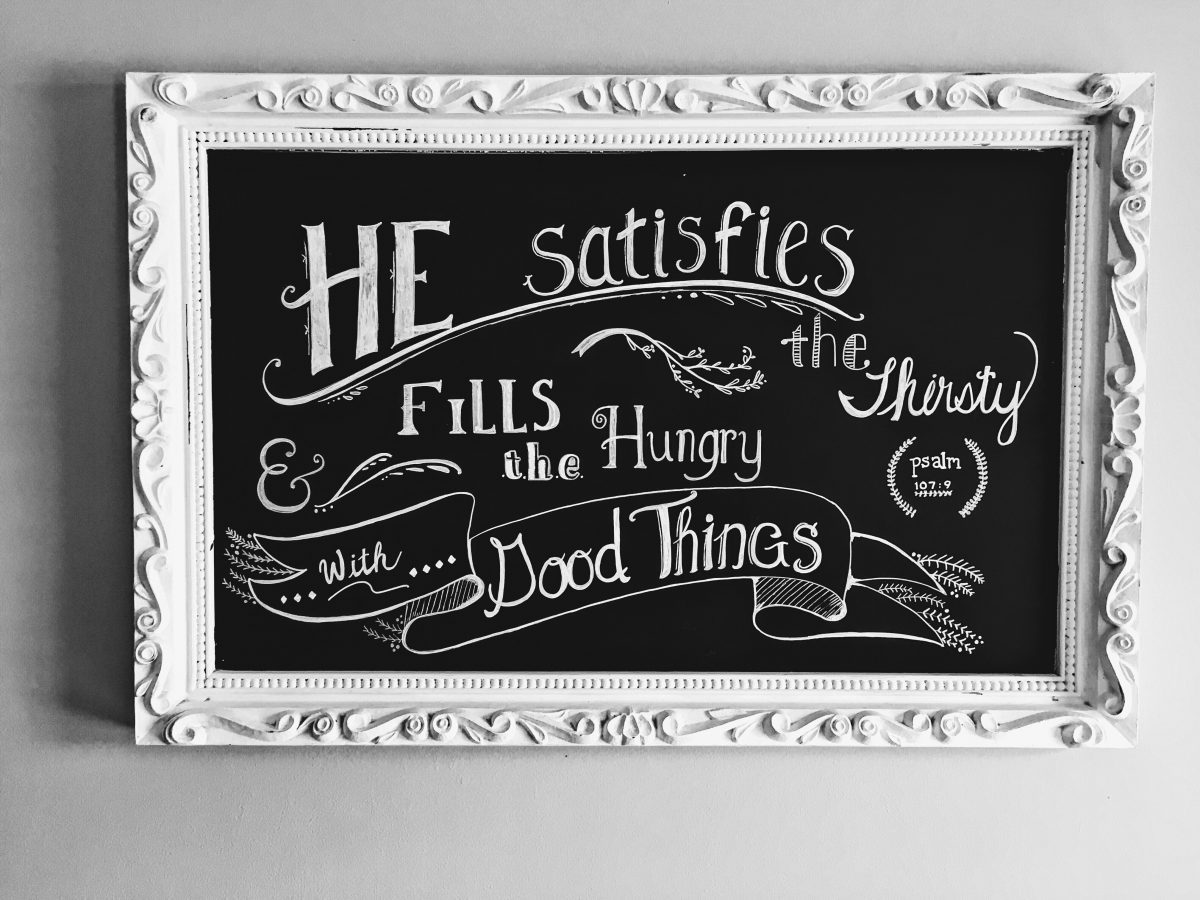 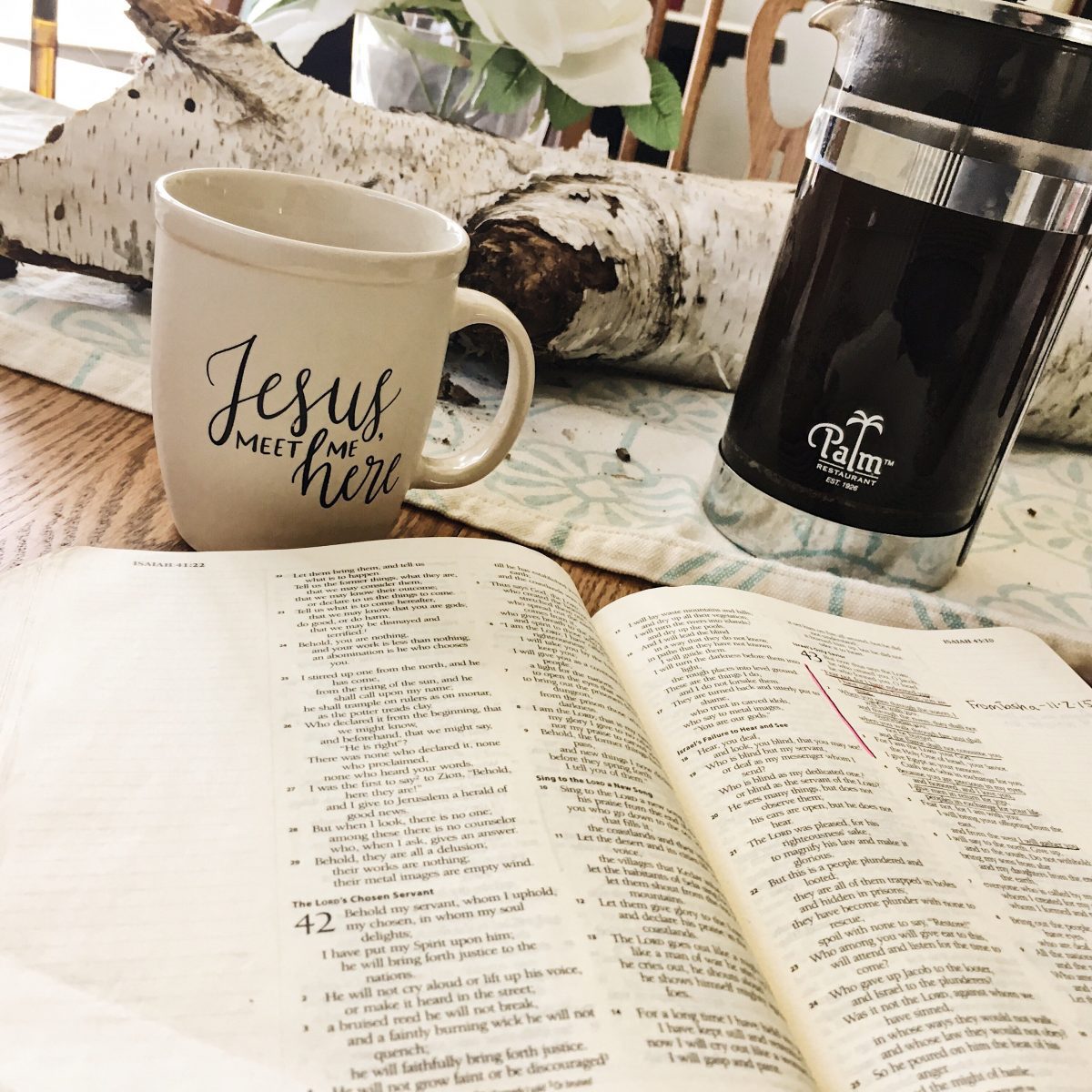 Like Elizabeth, Anna had been waiting on the Lord for many years. Since she was a young woman, she had spent her time continually fasting and praying. But her prayers were not in vain. Anna, along with Simeon, was one of the first to recognize the Messiah, incarnate as an infant child.

And there was a prophetess, Anna, the daughter of Phanuel, of the tribe of Asher. She was advanced in years, having lived with her husband seven years from when she was a virgin, and then as a widow until she was eighty-four. She did not depart from the temple, worshiping with fasting and prayer night and day. And coming up at that very hour she began to give thanks to God and to speak of him to all who were waiting for the redemption of Jerusalem. – Luke 2:36-38, ESV

While we don’t know specifically what Anna was praying for, we know she spent year after year praying and fasting. Did she grow weary during those years? I know I would have. Even in my relatively much shorter lifespan, I regularly grow weary and wonder if my prayers matter. But Anna persisted, faithfully.

I don’t know the name of this woman, but I do know that her faith shakes me to my core. She boldly followed the Lord and those around Him labeled her an annoyance. Despite not being an Israelite, she recognized their God as the true holder of power. She fell before Him and argued her case, as one oppressed might stand before a judge demanding justice.

And Jesus went away from there and withdrew to the district of Tyre and Sidon. And behold, a Canaanite woman from that region came out and was crying, “Have mercy on me, O Lord, Son of David; my daughter is severely oppressed by a demon.” But he did not answer her a word. And his disciples came and begged him, saying, “Send her away, for she is crying out after us.”He answered, “I was sent only to the lost sheep of the house of Israel.”But she came and knelt before him, saying, “Lord, help me.”And he answered, “It is not right to take the children’s bread and throw it to the dogs.” She said, “Yes, Lord, yet even the dogs eat the crumbs that fall from their masters’ table.”Then Jesus answered her, “O woman, great is your faith! Be it done for you as you desire.”And her daughter was healed instantly. – Matthew 15: 21-28, ESV

Her bold faith, her belief that God could and would listen to her plea and deliver her daughter from demonic oppression, led to see seeing her prayer answered before her eyes. Despite what others said, she kept on asking the Lord to show her His power. May persistence and bold faith identify our prayer life as identified this nameless woman in Scripture that has been recorded for us model.

Mary’s prayer was an act of extravagant love and devotion. And for that extravagance, others reprimanded her but her Lord defended her.

Six days before the Passover, Jesus therefore came to Bethany, where Lazarus was, whom Jesus had raised from the dead.So they gave a dinner for him there. Martha served, and Lazarus was one of those reclining with him at table.Mary therefore took a pound of expensive ointment made from pure nard, and anointed the feet of Jesus and wiped his feet with her hair. The house was filled with the fragrance of the perfume.But Judas Iscariot, one of his disciples (he who was about to betray him), said,“Why was this ointment not sold for three hundred denarii and given to the poor?” He said this, not because he cared about the poor, but because he was a thief, and having charge of the moneybag he used to help himself to what was put into it. Jesus said, “Leave her alone, so that she may keep it for the day of my burial. For the poor you always have with you, but you do not always have me.” – John 12:1-8, ESV

When Mary burst forth in an extravagant display of emotion and sacrifice to show her love for her maker. She valued what her God, not others thought and offered herself up in an act of praise. Like Mary, the mother of our Lord, she knew that she needed to focus on how God, not man, perceived her actions. 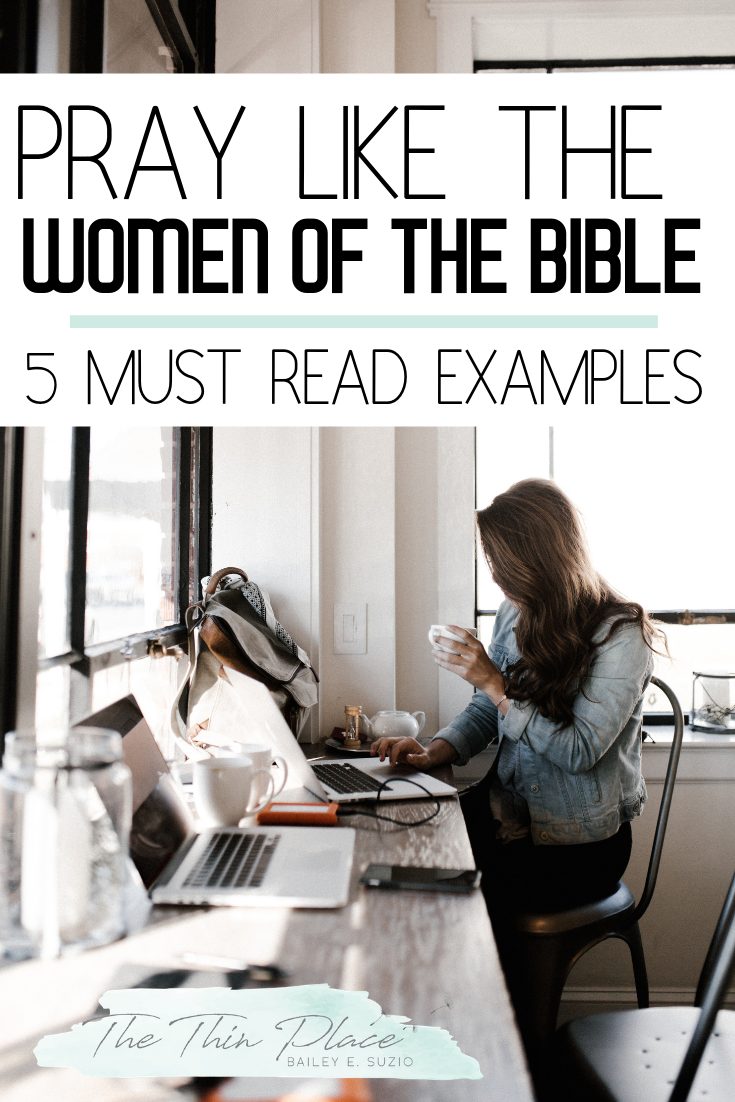 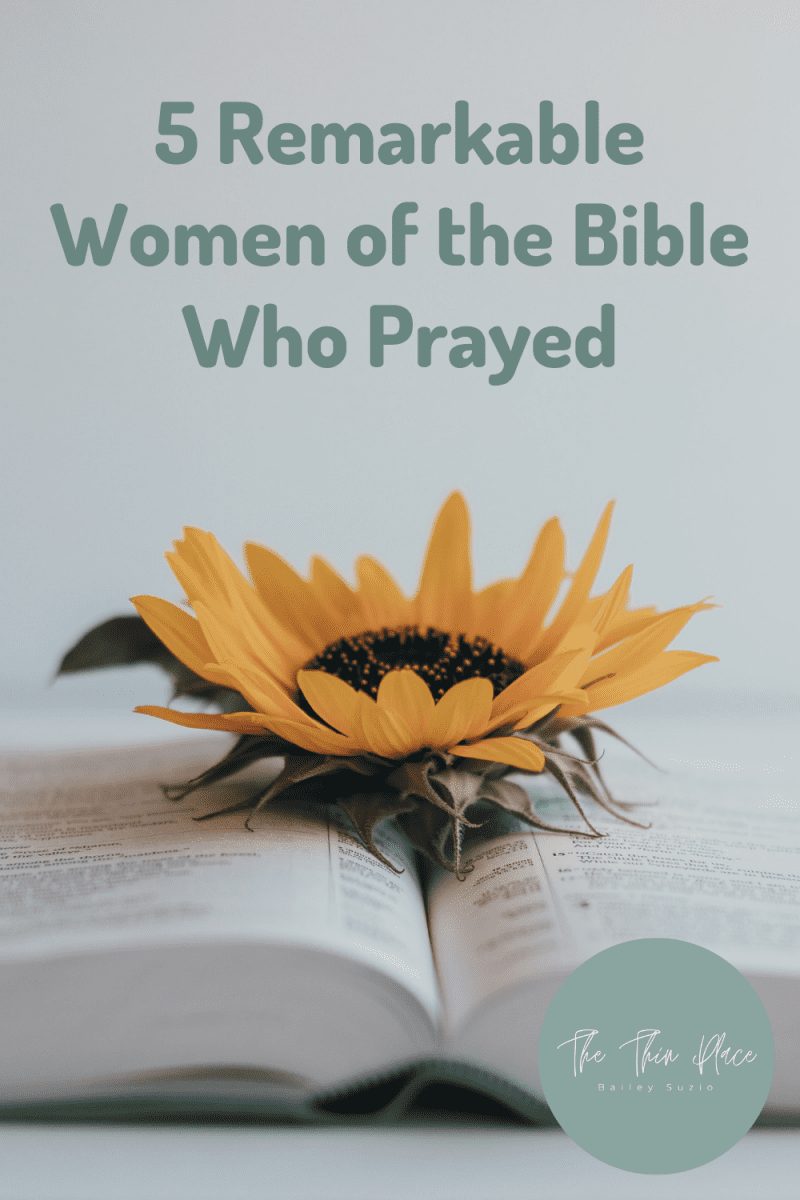 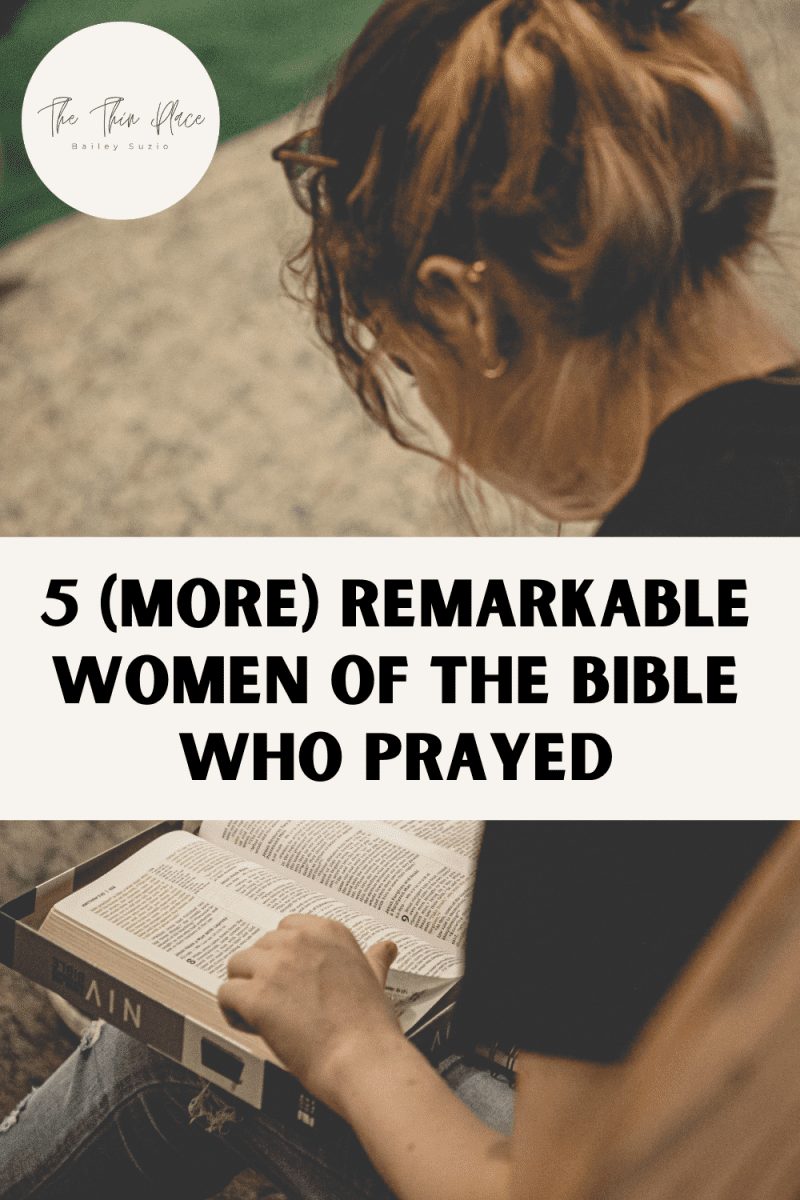 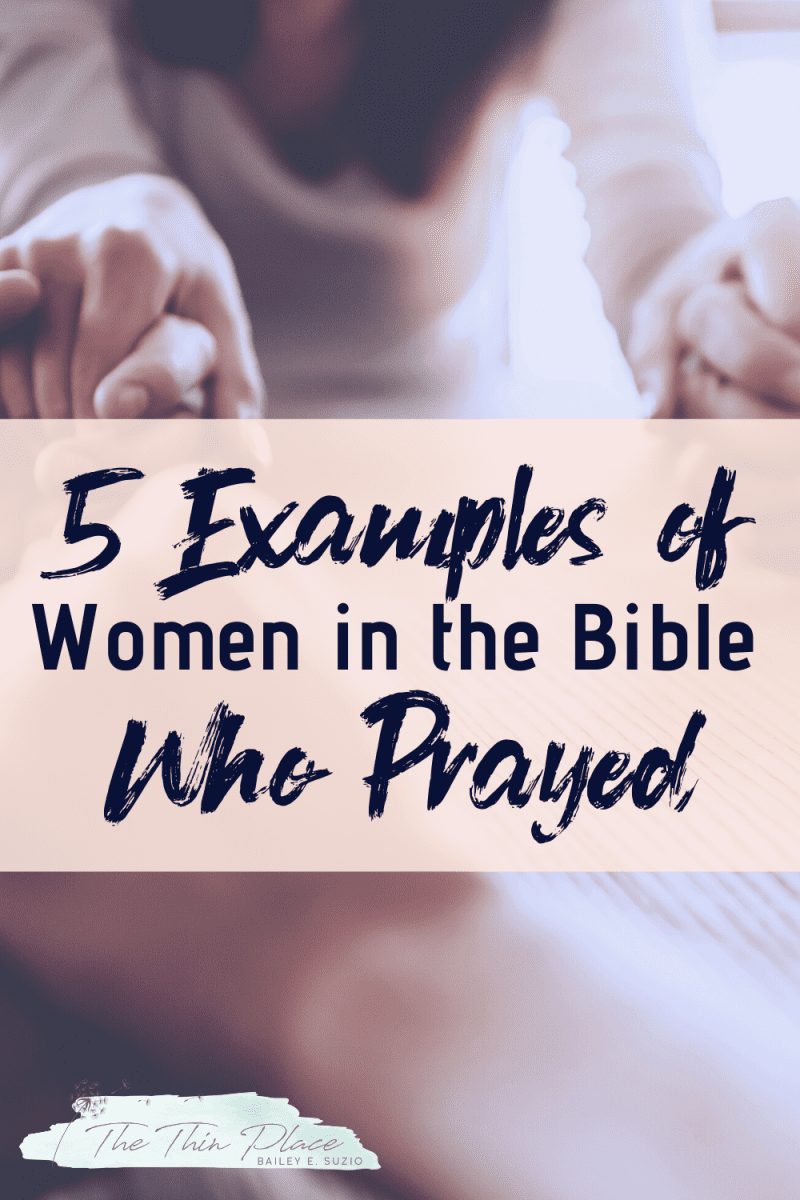 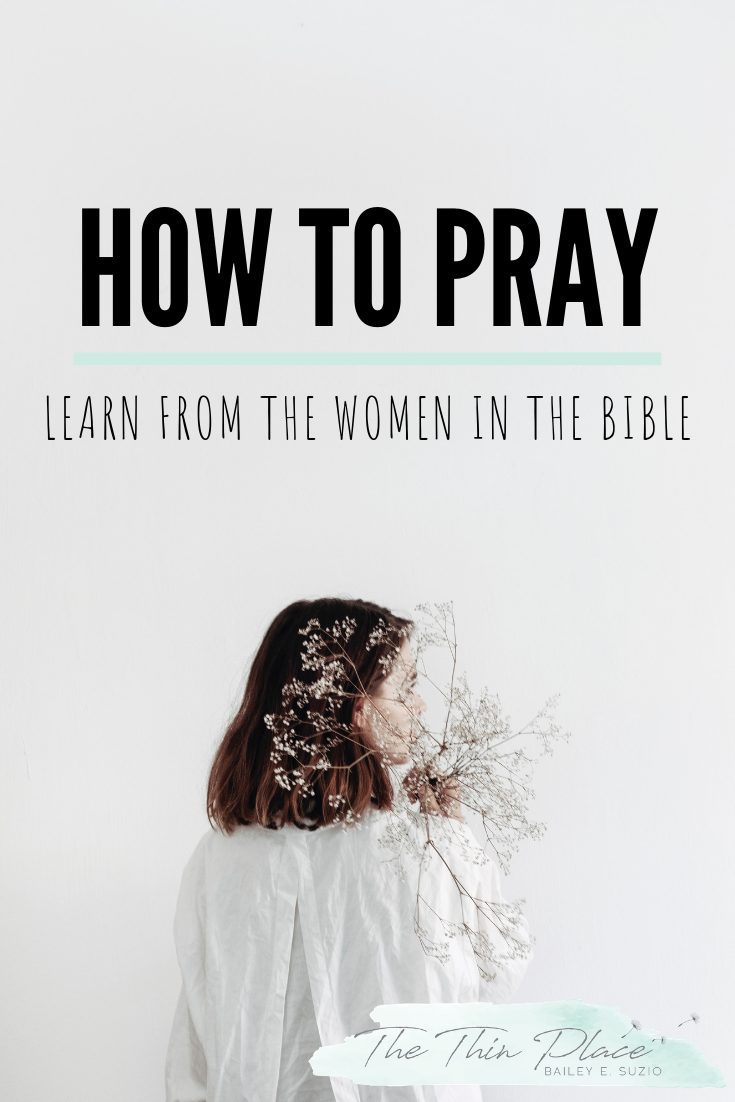 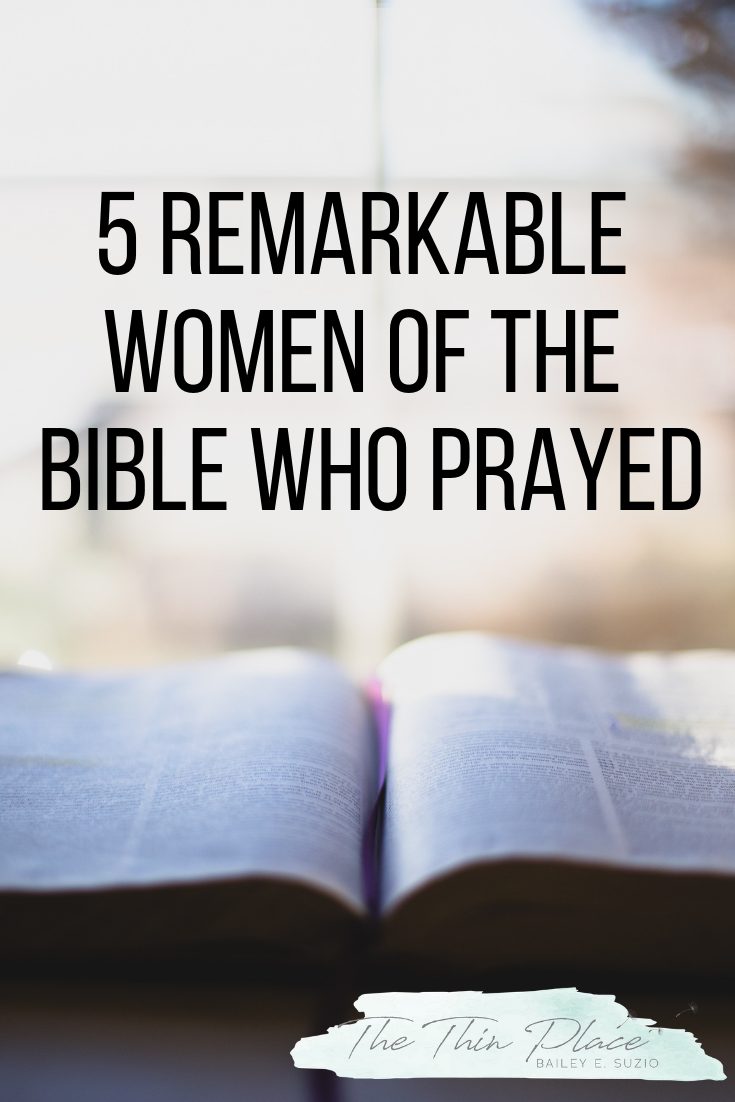 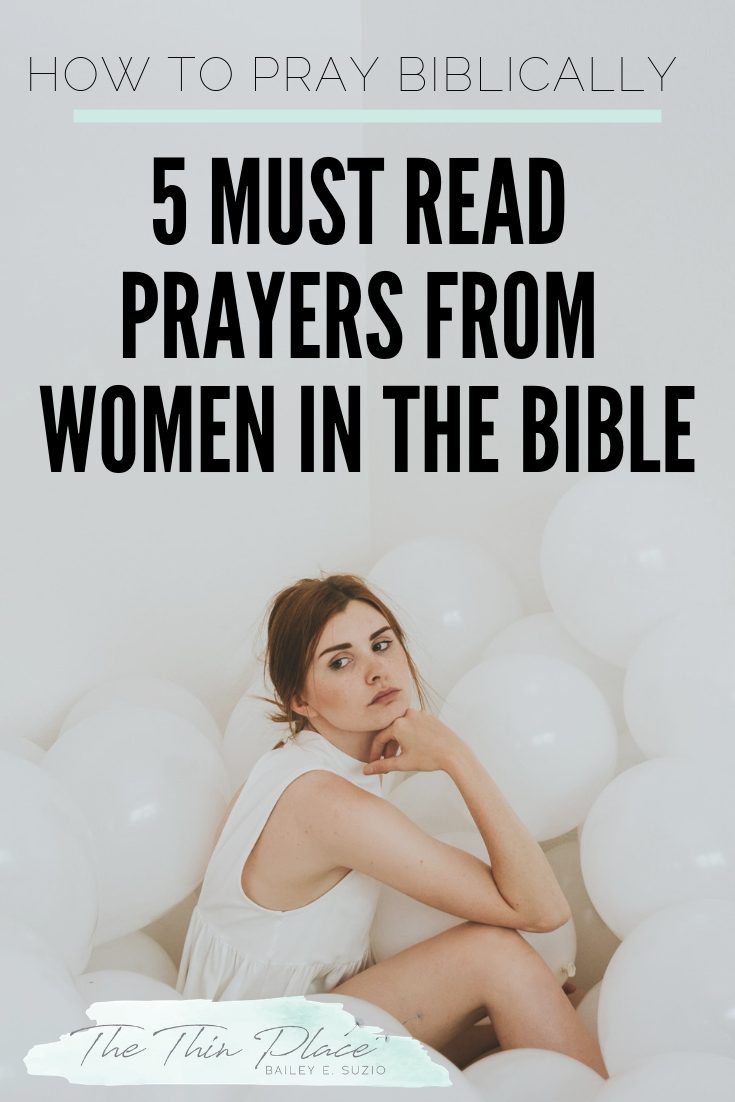 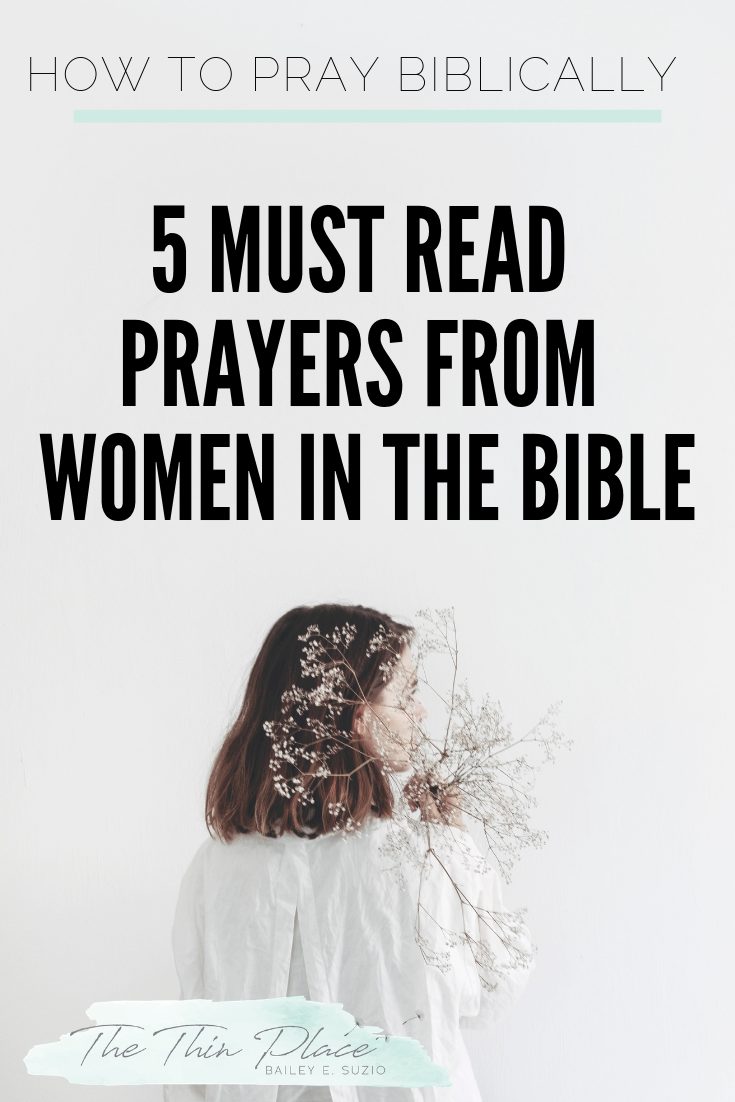 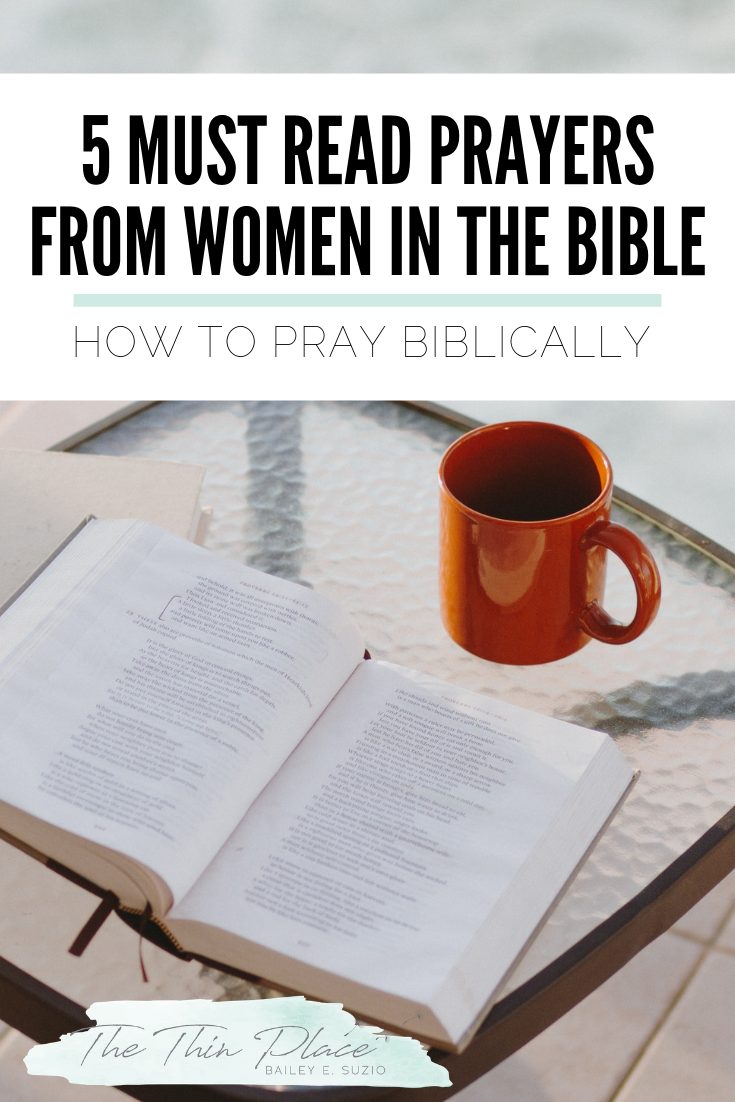 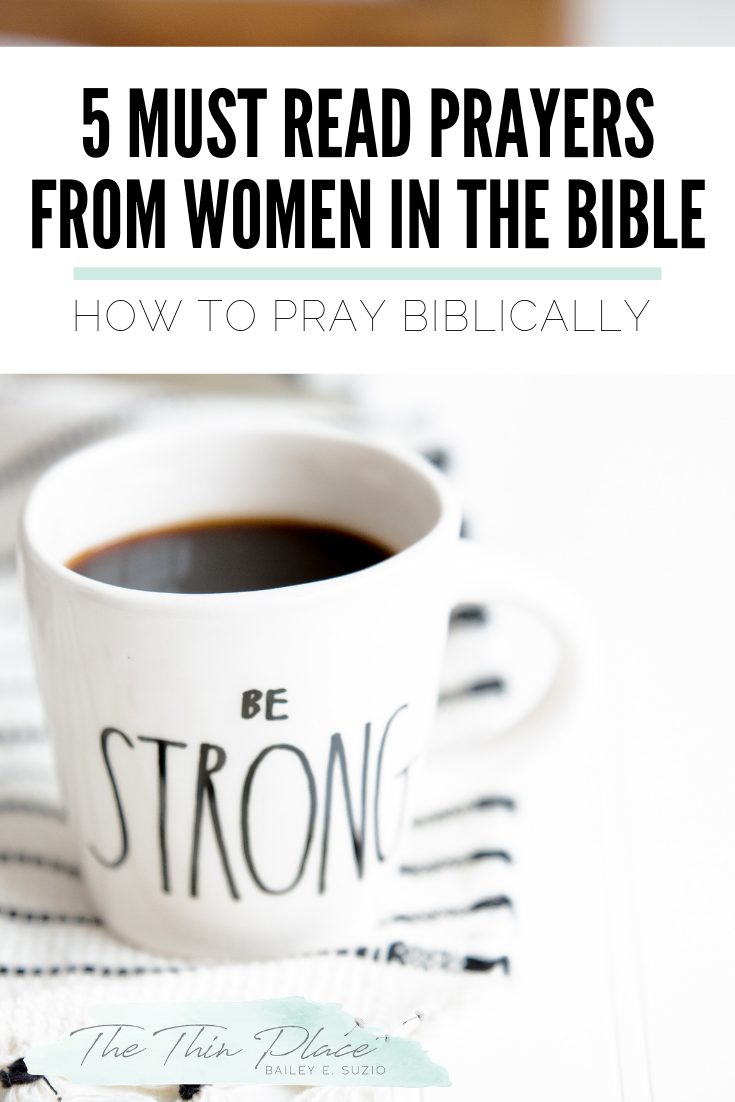 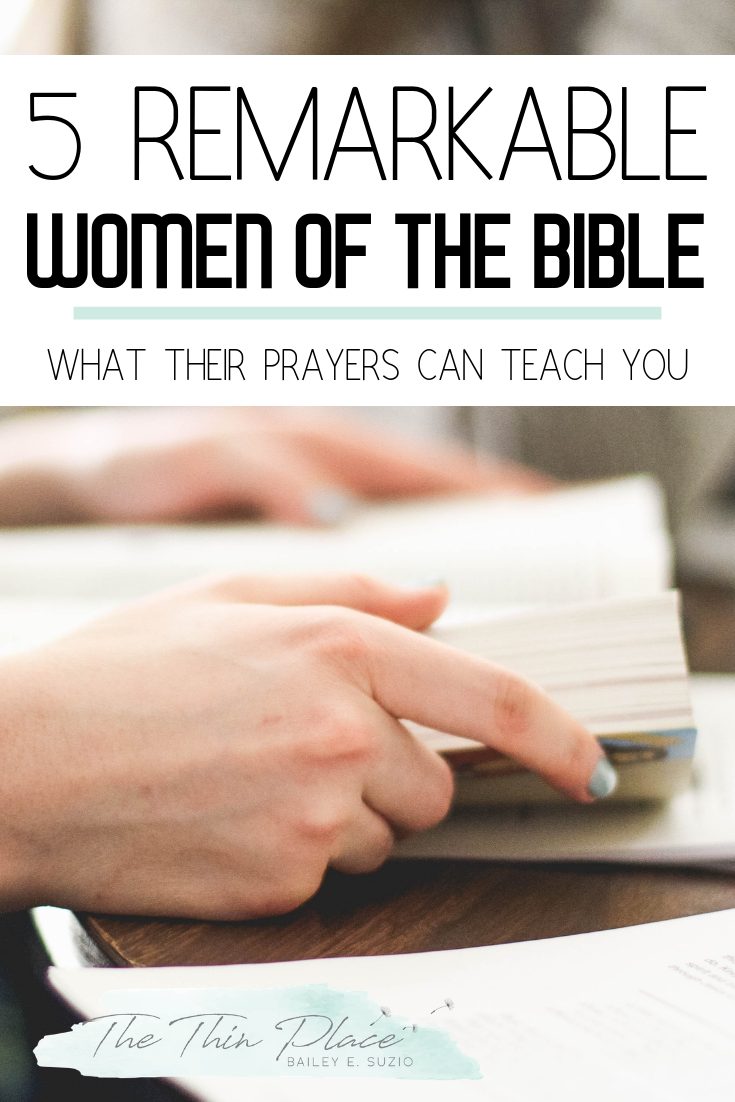 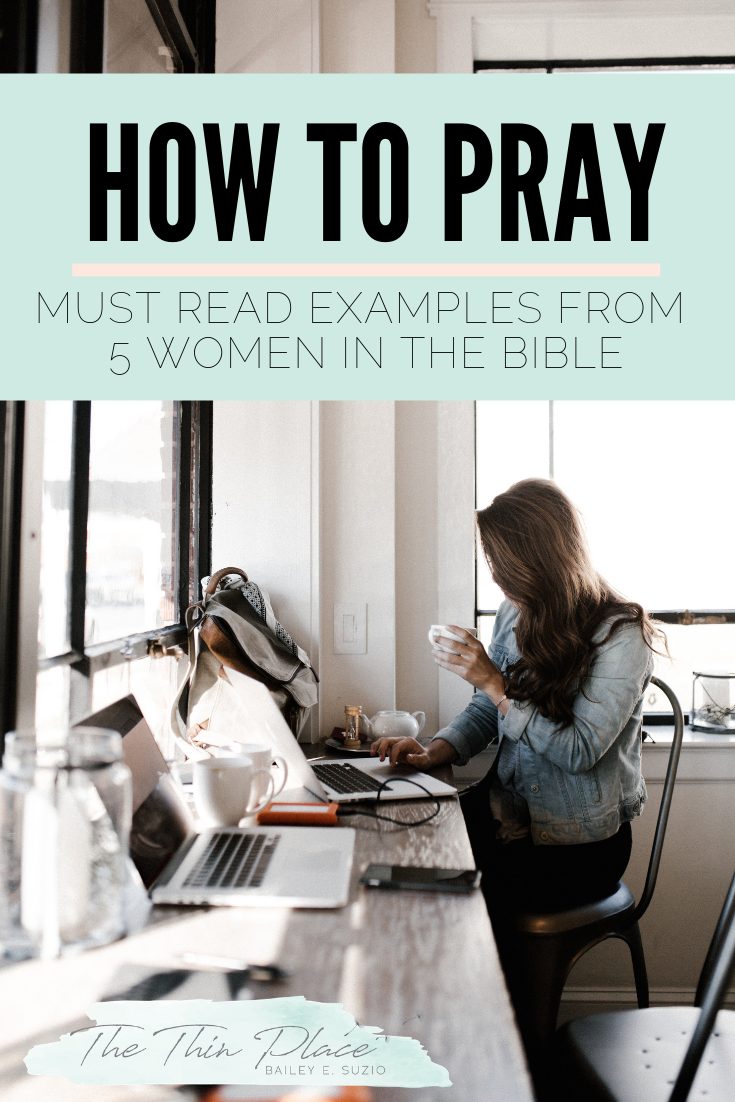 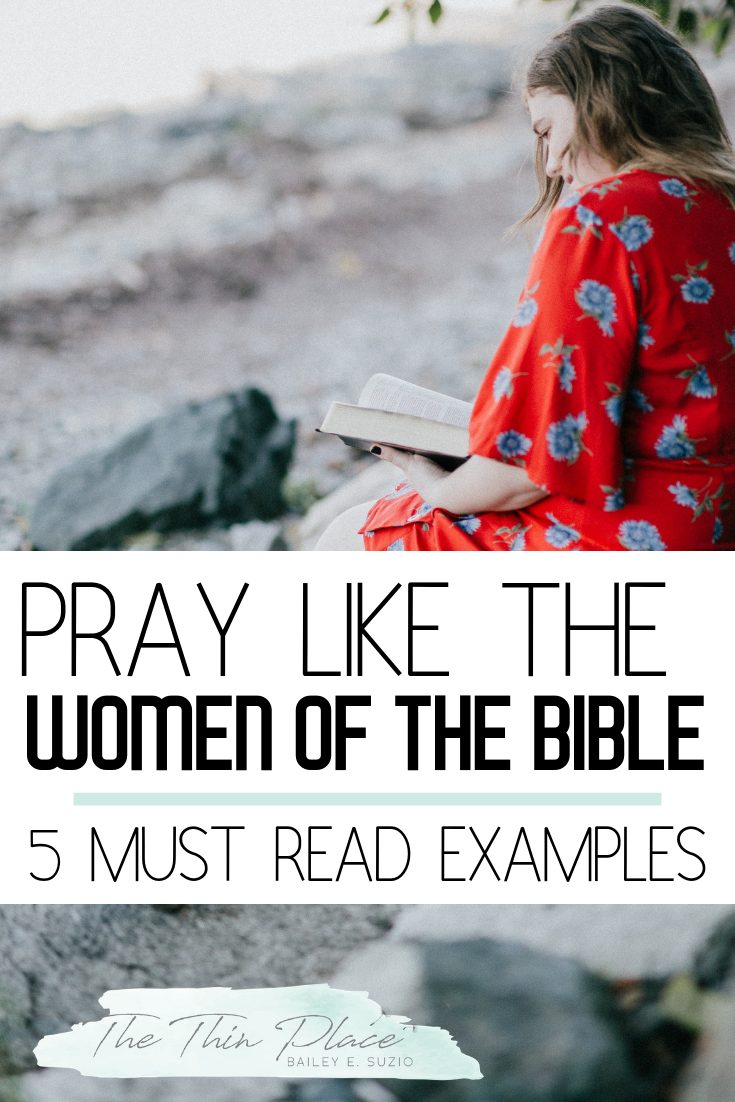 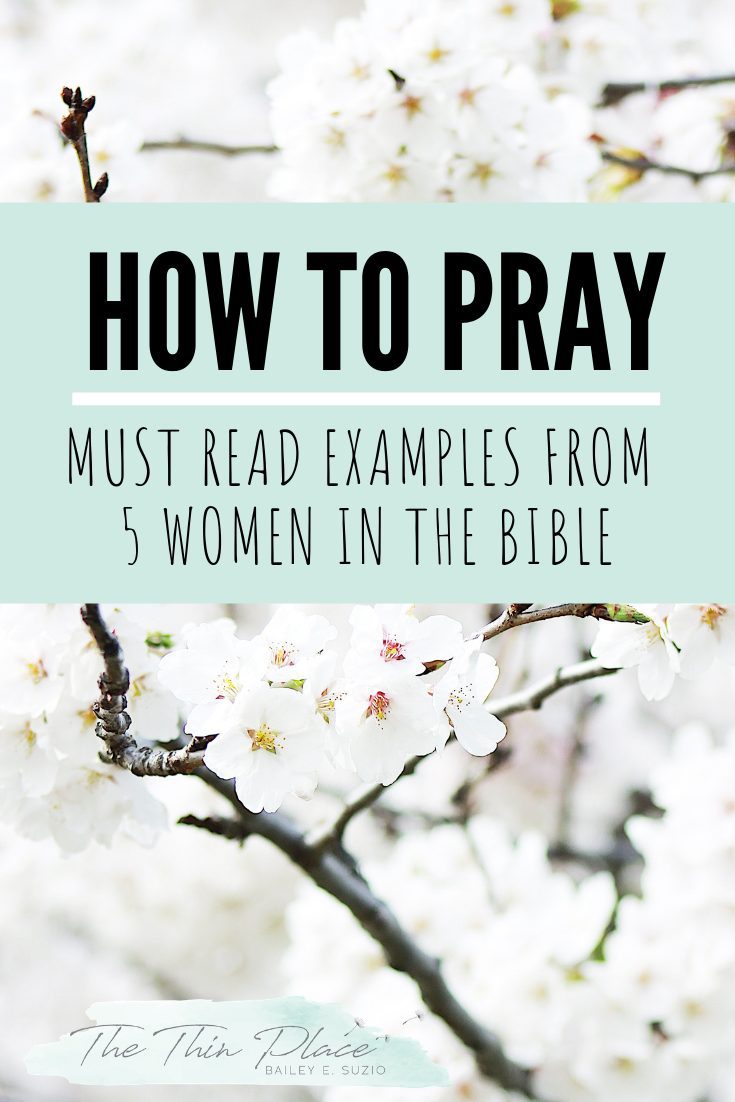 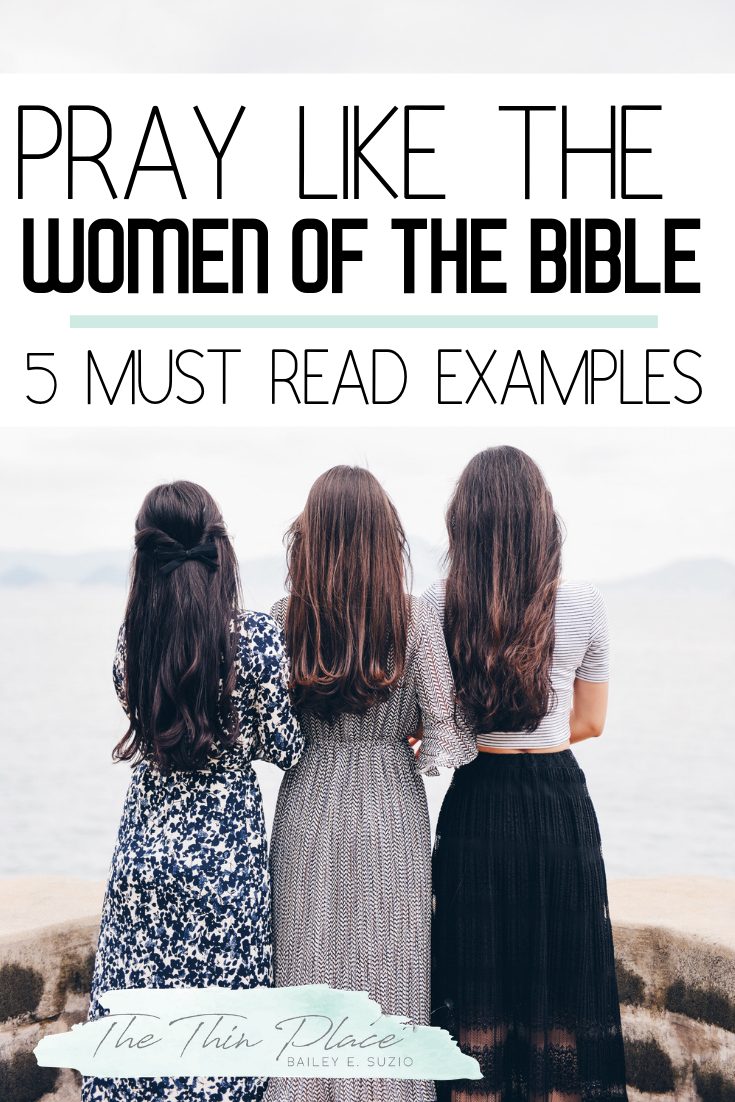 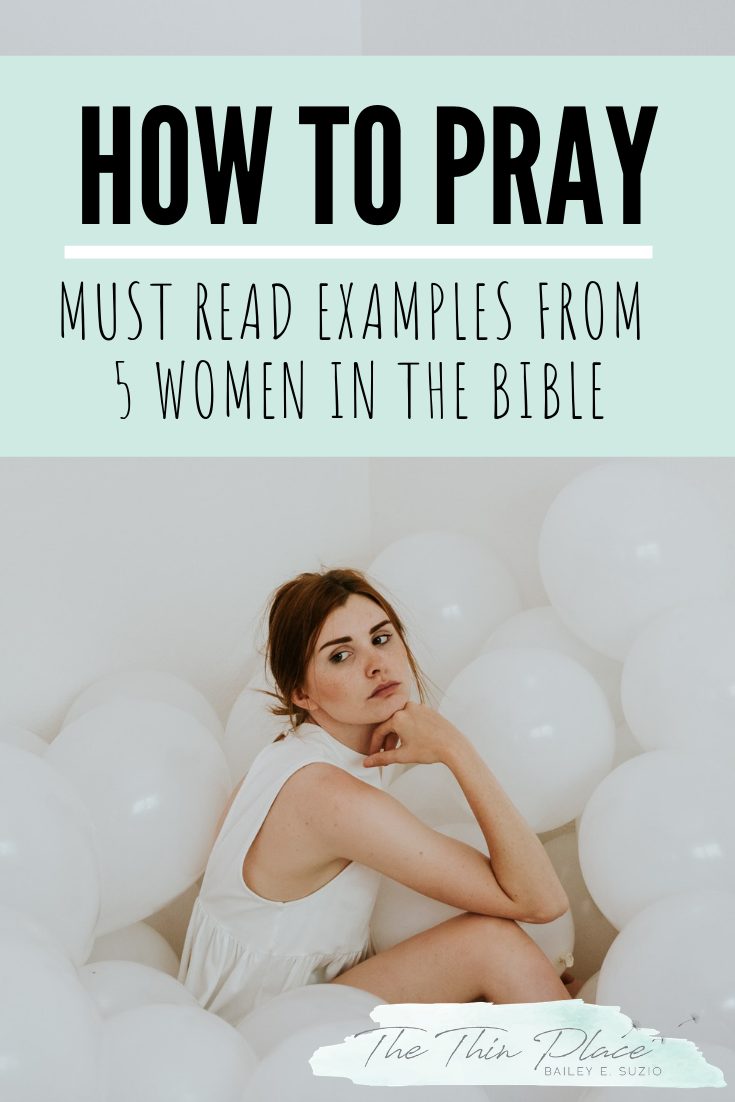 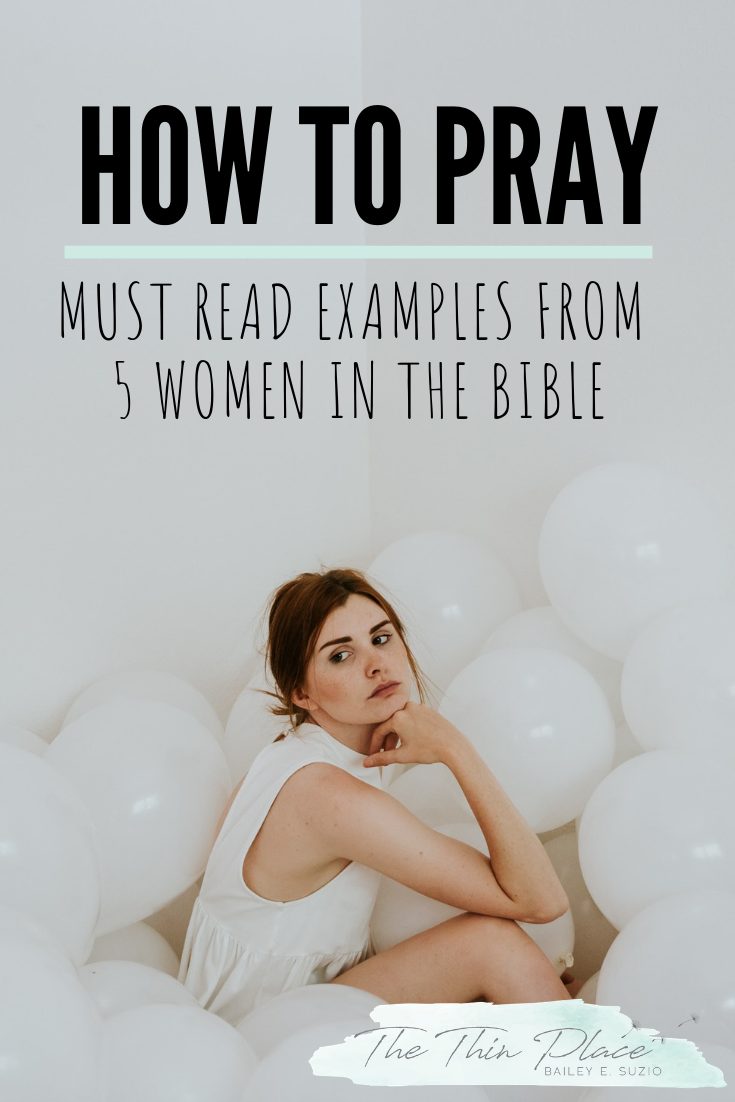 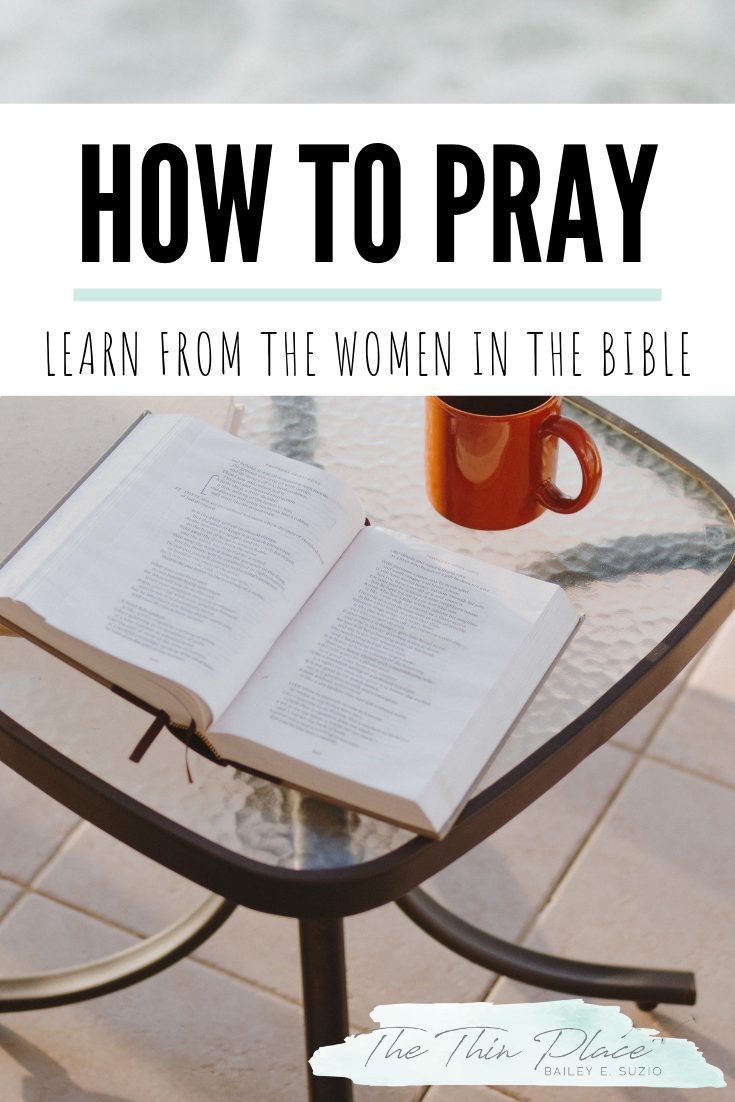 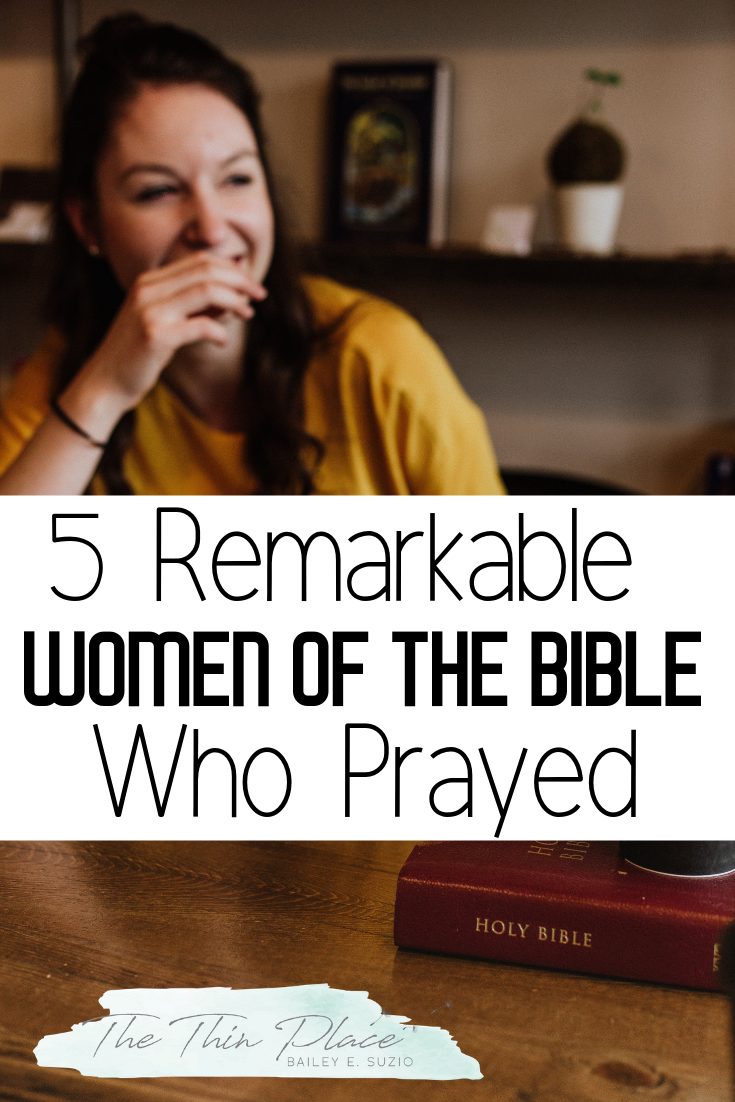 Reading through the prayers these women prayed reminds me that my life is not defined by a single moment of spiritual boldness, but by a lifetime of spiritual nourishment.

Reading through the prayers these women prayed reminds me that my life is not defined by a single moment of spiritual boldness, but by a lifetime spiritual nourishment.  Click To Tweet

As I seek to be a faith-filled woman of God, like the women of the Bible, I need to look at the examples He has provided me in Scripture. Instead of simply looking at a snapshot of daring trust in God and obedience to His commands, I need to cultivate a sustainable faith as these women did.

Growing my prayer life by reading the prayers of others and making them my own is a great place to begin.

10 Triggers To Remind You To Pray Without Ceasing

Disciplines of the Faith: 5 Tools to Deepen Your Prayer Life

Making Mary’s Prayer of Adoration Mine

Why I Use Prayer Beads (Despite Being Protestant)

Who Is Your Measuring Stick? Comparison In The Christian Life