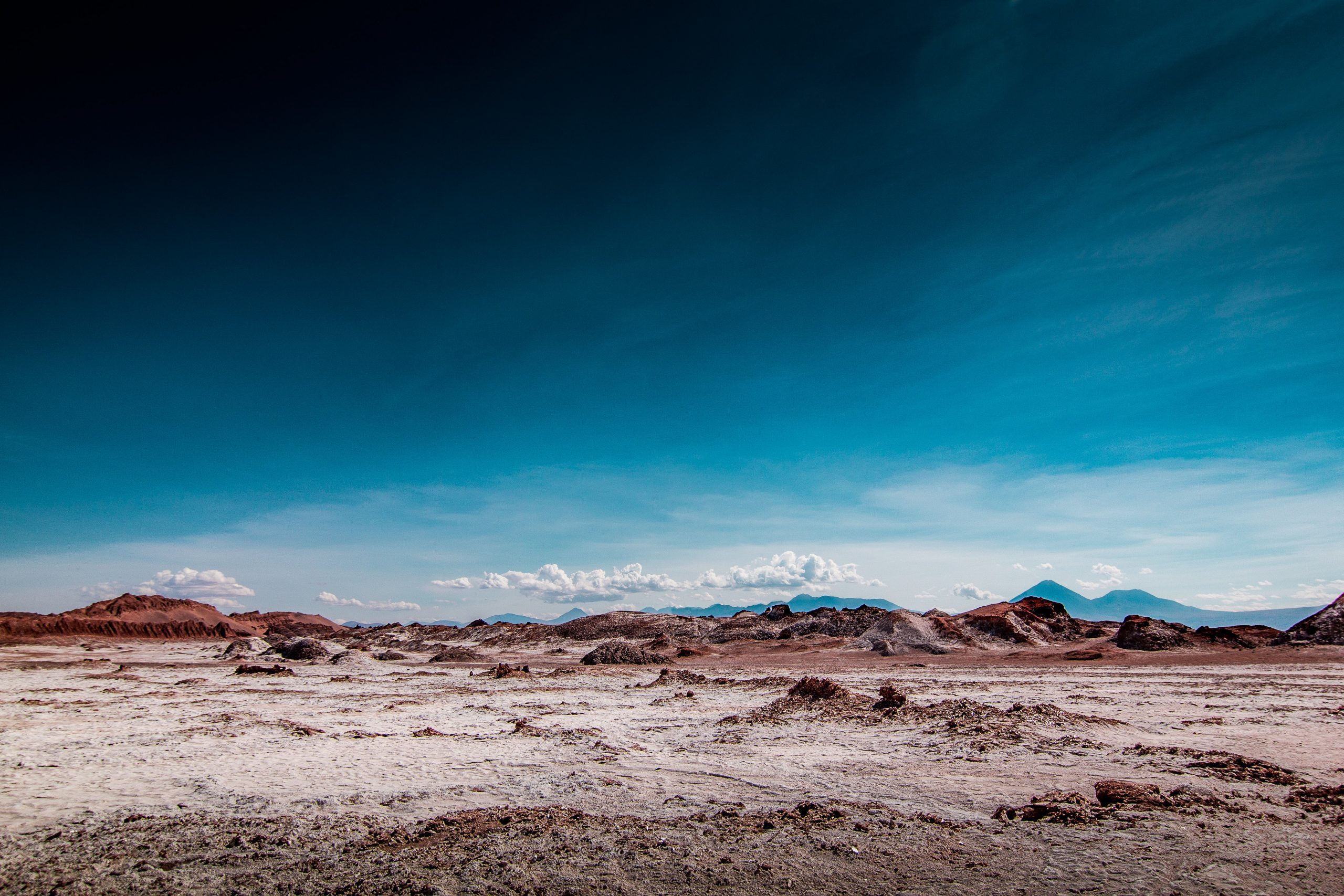 The Book of Numbers: We are a Forgetful People – The Bible in Lent: Day 5

A theme that keeps coming up again in the book of Numbers, and really the whole Old Testament, is that people are fickle and forgetful.

That despite seeing God’s faithfulness and might, they regularly fall into fear and doubt that their next steps will be safe.

God used Moses to lead them out of slavery, but they were afraid of the wilderness, wanted to stone Moses, and choose another to lead them back to Egypt.

God had provided water out of a rock for all of them, yet they doubted He could do it again and feared thirst.

The Egyptians had been peppered with plagues and their armies had been swept into the sea, but they doubted God would be able to lead them into the Promise Land without the opposing armies defeating them.

They saw miracles with their own eyes, but even witnessing the miraculous power of God on their behalf was not enough to convince their hearts that God was trustworthy.

Like Eve in the Garden, they doubted whether His plans for them were good and trustworthy and schemed to create their own paths.

But as I sit here, in Michigan, my battle is still the same as the Israelites in the Book of Numbers.

I wonder if God’s plans truly are trustworthy, if He sees my sufferings and trials, if He has led me here to abandon me or if He is still working and fighting on my behalf. 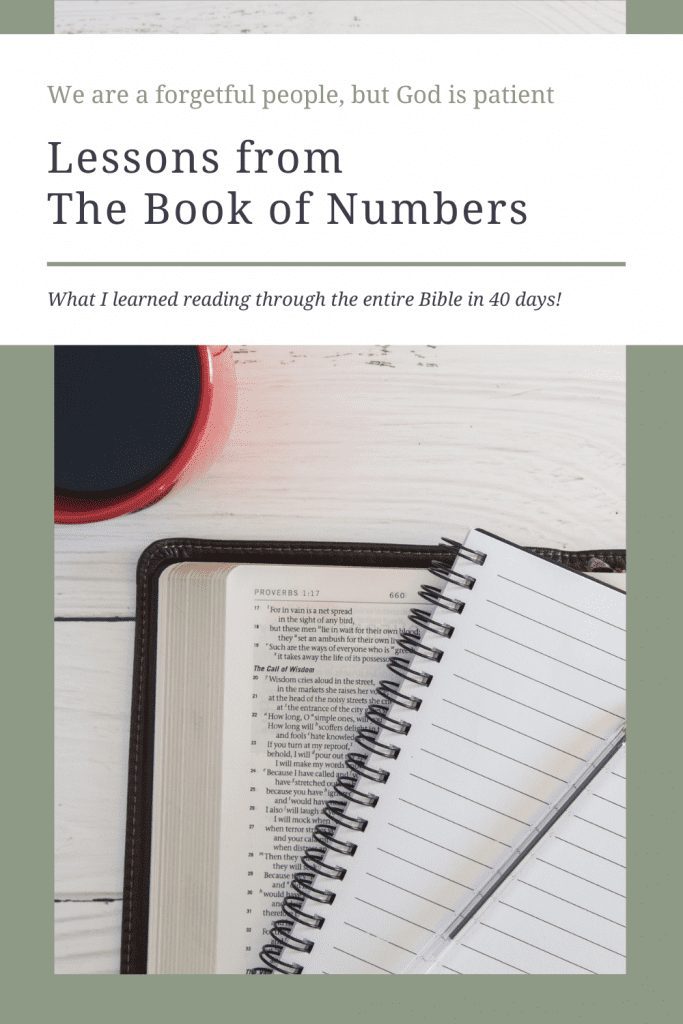 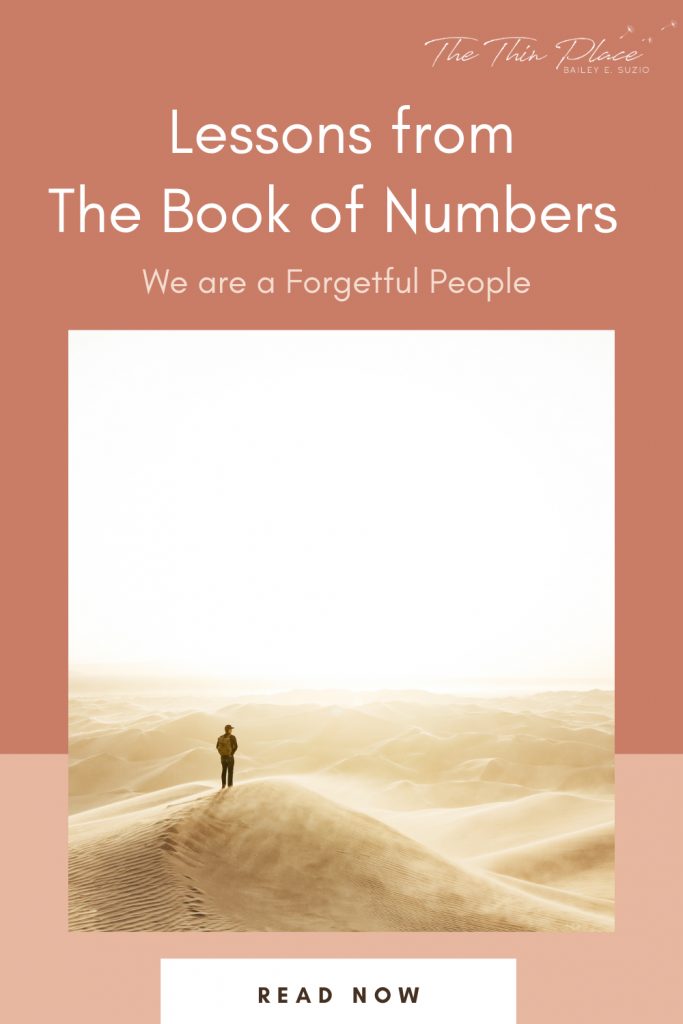 But the Book of Numbers reminds me that God is indeed trustworthy – that despite the Israelites many failures, Moses asked God, “Now may the Lord’s strength be displayed, just as you have declared: ‘The Lord is slow to anger, abounding in love and forgiving sin and rebellion. Yet he does not leave the guilty unpunished; he punishes the children for the sin of the parents to the third and fourth generation.’ In accordance with your great love, forgive the sin of these people, just as you have pardoned them from the time they left Egypt until now.” – Numbers 14: 17-19, NIV

I am prone to wander and prone to doubt, but God is slow to anger and abounding in love for me.

Like the Israelites wandering in the desert, I need to remind myself over and over again of the ways He has sustained me in the past and put my faith in His character, not my circumstances.

I need to set up altars, reminders in my home and tell others of what He has done so that when trials come, I can be reminded of all that He has seen me through and know that He is trustworthy.

Because God has proven Himself faithful to His people and to me.

Go Build An Altar: Remembering God’s Faithfulness and Sharing It with the World

The Bible in Lent: Day 3 – How Exodus Reveals God’s Gift of Art

Relying on God Like Esther – the Bible in Lent: Day 16

Prepare and Persevere: The Bible in Lent Day 31