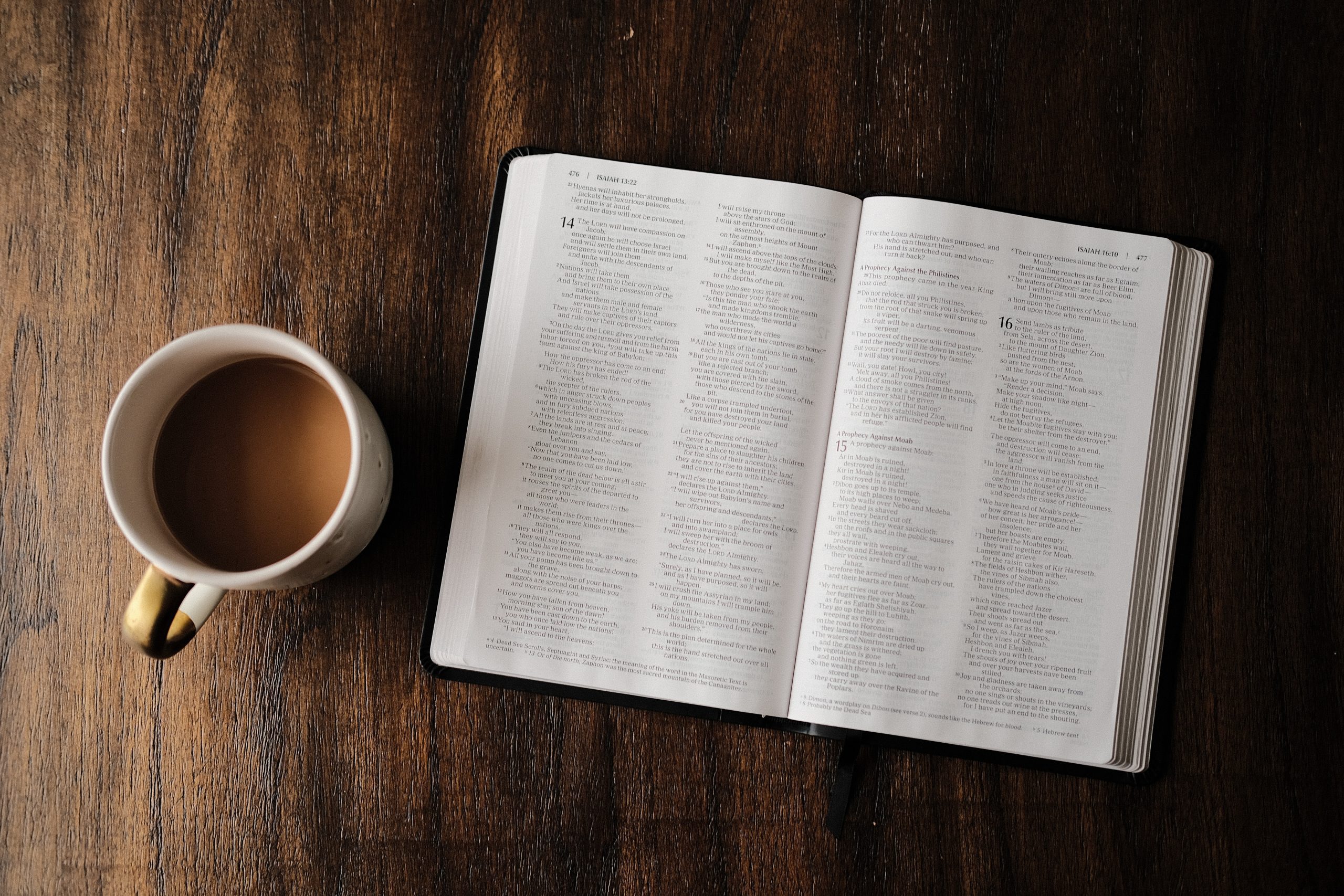 3 Truths to Remember When Reading Through Hard Parts of the Bible – The Bible in Lent: Day 8

Elephant in the room, the last few days of The Bible in Lent have been hard for me. The commands of God, the conduct of His people – there have been several passages I’ve wanted to turn away from and pretend aren’t in the Bible.

I don’t understand why God called out Israel and provided for their atonement, but not the nations around them.

The battle cries in Joshua and Judges that repeatedly tell the Israelites to slay not only the warriors they are fighting against but the women and children deeply confuse me. This seems a far cry from the mercy and grace that we love to sing about on Sunday mornings.

Questions about some of these passages have popped up in my heart over the years. Others I’ve only just discovered reading the Bible in the last week. My gut instinct is to usually minimize them and stuff the questions down deep in my chest.

A few times, I’ve had to stomach to ask others, “Why did God not just allow, but tell them to do that?”

Occasionally, there’s been an answer about the people of Israel needing to be holy or others being too sinful but no answer has ever satisfied the question – why?

And I don’t have a magic bullet answer for you today. But I do have a few truths to comfort me when I read these passages:

1. All People are Without Excuse

For what can be known about God is plain to them, because God has shown it to them. Ever since the creation of the world his invisible nature, namely, his eternal power and deity, has been clearly perceived in the things that have been made. So they are without excuse; for although they knew God they did not honor him as God or give thanks to him, but they became futile in their thinking and their senseless minds were darkened. – Romans 1:19-21, RSVCE

Again, I don’t have a full understanding of what this passage means, but it does give me comfort to know that God is made plain to all people. Whether or not they choose to accept Him, I have comfort in that He does not abandon people in ignorance and believe that there is something deeper at work here than the idea that people are dying and going to hell without having an opportunity to respond to the Gospel that I believed as a child.

2. I Can Trust the Character of God

“The Lord passed before him, and proclaimed, “The Lord, the Lord, a God merciful and gracious, slow to anger, and abounding in steadfast love and faithfulness, keeping steadfast love for thousands, forgiving iniquity and transgression and sin, but who will by no means clear the guilty” – Exodus 34: 6-7, RSVCE

When I wrestle with hard passages, I remember God’s character is trustworthy. Whether or not a specific situation seems merciful, I know God is abounding with mercy. His character is more trustworthy than my interpretation of a situation.

“He who did not withhold his own Son, but gave him up for all of us, will he not with him also give us everything else?” – Romans 8:32, RSVCE

We see later in the Bible that God did not even without His Son, but gave him as a propitiation for our sins. When I look at Calvary, I know that there is no end to the mercy and love God has lavished upon humanity.

“The secret things belong to the Lord our God; but the things that are revealed belong to us and to our children for ever, that we may do all the words of this law.” – Deuteronomy 29:29, RSVCE

Even with the revelation of Scripture, we don’t see the whole picture. We see God’s character displayed and His workings with and through the people of Israel (and later, the entire world through Christ). But we know there are parts of the story that we do not know.

We also know that God’s dealings with humanity are not limited and do not end with these passages. At the end of the Bible, we see the nations of the world gathered at the great feast, reconciled to God, and united as the Body of Christ. When I read hard passages, I need to remember that they are not final. They are a part of a narrative, one that I don’t see the full scope of but one that I know ends with mercy and love triumphing. 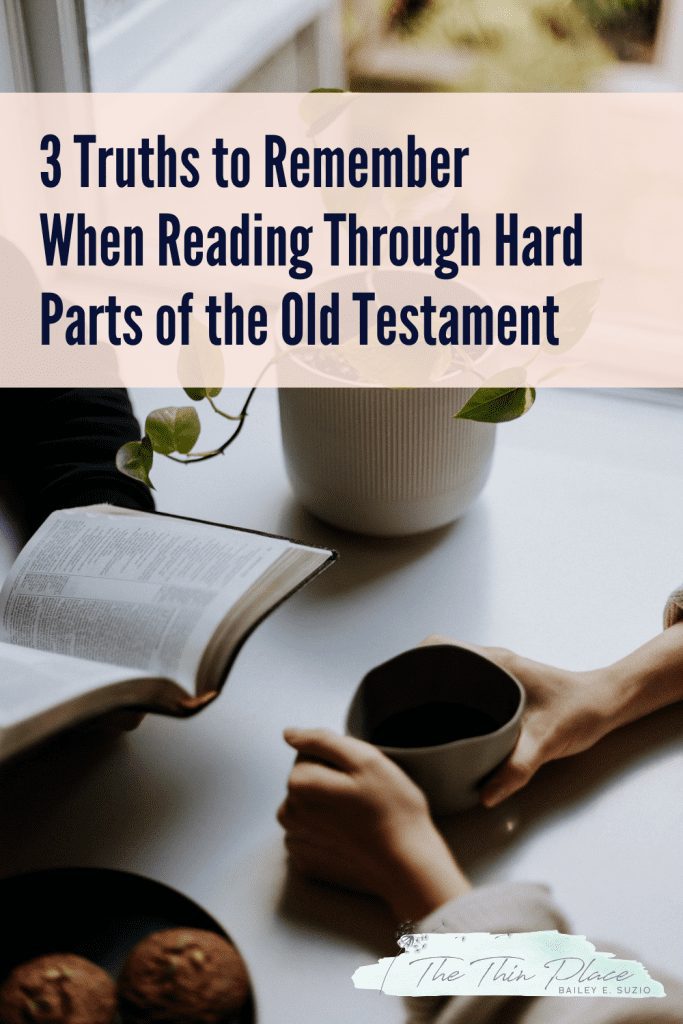 There’s a scene at the end of C.S. Lewis’s book, Til We Have Faces, I think we see a glimpse of what these questions will look like when we stand before God.

The protagonist of the book, who has been angry at God for years for not answering her deep questions about the perceived injustice in her life finally faces God with her questions, furious and heartbroken. As she stands before Him verbally beating against His chest, her spirit calms and she realizes, there is nothing more to say: “I ended my first book with the words ‘no answer.’ I know now, Lord, why you utter no answer. You are yourself the answer. Before your face questions die away. What other answer would suffice? Only words, words; to be led out to battle against other words.”

I suspect that one day, I will when I have passed on from this life and stand before my Maker, these words will be truer to me than I ever knew they could be.

And perhaps the lesson of these passages is that, just like the Israelites relying on God for manna each day, so we must simply rely on Him and trust in who He is.

8 Verses from 2nd Corinthians to Ponder – The Bible in Lent: Day 36

The Bible in Lent: Day 2 – A Glimpse of Forgiveness