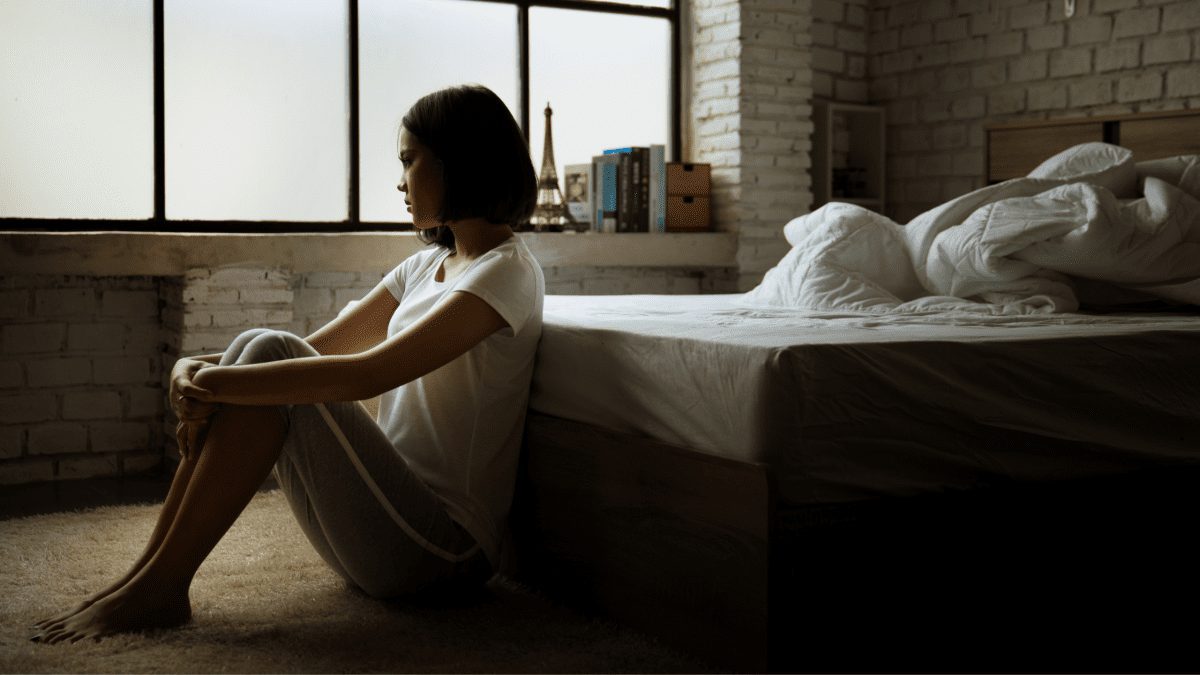 The Answer to Unanswered Suffering – The Bible in Lent: Day 18

The Book of Job leaves us with a lot to wrestle with. Namely, how do we respond to feeling abandoned, or even disappointed, by God? What does it look like to wrestle through deep pain and grief?

The book is also hard to read because, even though we know Job’s friends are wrong, their words make sense. They are compelling and echo much of what we see in the promises of God to His people. While they condemn Job, they do it on the basis of God’s justice and assume that He wouldn’t let an innocent man suffer.

But Job, an innocent man, continues to suffer.

He continues to defend his innocence and wonders why God would allow him to suffer when he has honorably served God his whole life. He wants to bring his case before God and argue a defense.

Eventually, Job’s friends have said all they have to say, and God answers Job.

But even that answer, isn’t what I want or expected for Job.

While God does rebuke Job’s friends and confirms Job’s innocence, He doesn’t explain why He allowed Job to endure such torment at the hands of Satan.

Instead of giving Job a glimpse into where his story fits into the bigger picture, God simply reminds Job of His power, understanding, and care for all creation.

And Job responds in repentance and an acknowledgment that God’s ways were above his.

Job thought he needed his case heard, his questions answered, but hearing the voice of God was enough. He didn’t need the answer he originally wanted, for God Himself was the answer that calmed the storm in his heart.

For now we see in a mirror, dimly, but then we will see face to face. Now I know only in part; then I will know fully, even as I have been fully known. – 1 Corinthians 13:12 RSVCE

In all of the trials of this world, we see but a glimpse of the ultimate plan of redemption God has planned. But one day, we will see our Maker face-to-face, and as we stand before Him, I think all of the questions that seem so big, so overwhelming now, will fade away. 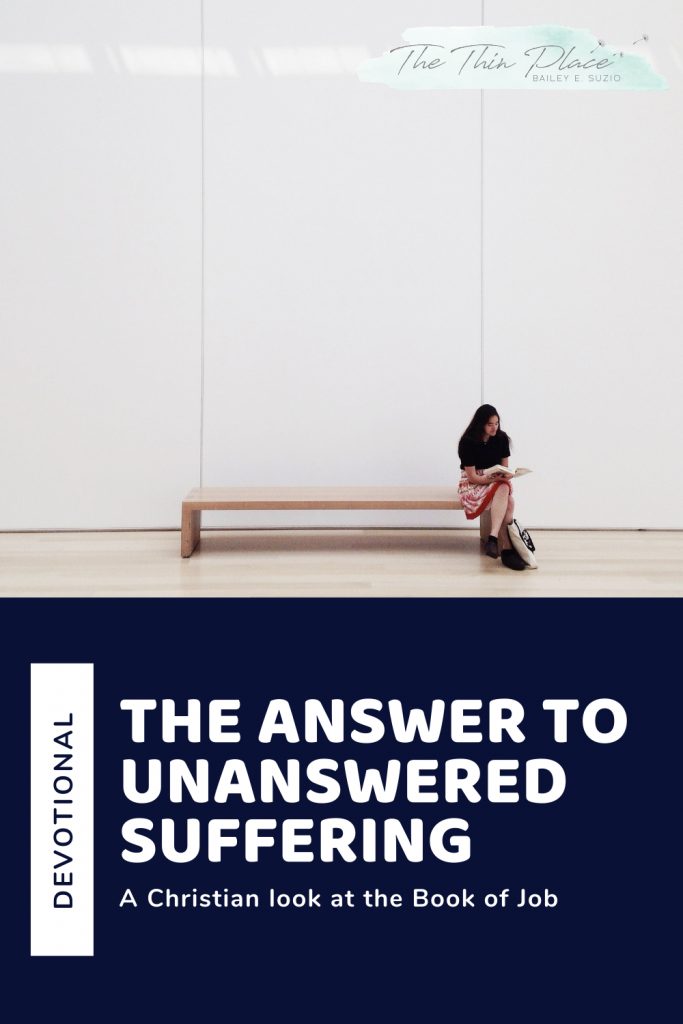 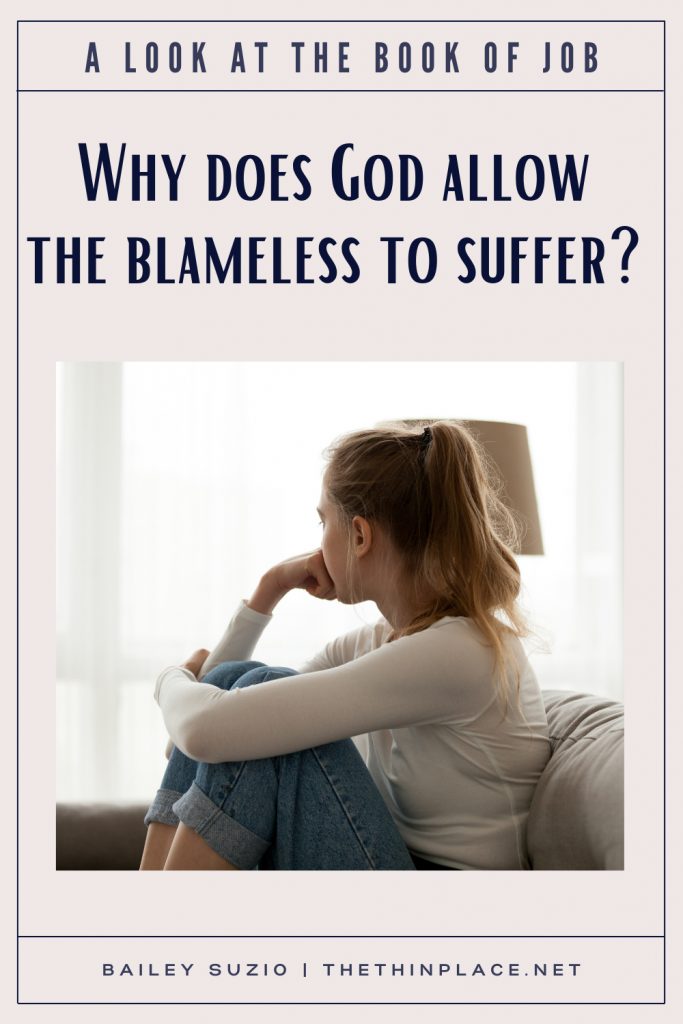 But in the in-between, in the moments when we are overwhelmed with questions and sorrow, we have to place our hope in the same source as Job.

Even in the midst of his pain, Job declared to his friends:

For I know that my Redeemer lives,

and that at the last he will stand upon the earth;

and after my skin has been thus destroyed,

then in my flesh I shall see God,

whom I shall see on my side,

and my eyes shall behold, and not another.

I know that my Redeemer lives.

Job had not and we have not been abandoned by God in our suffering. Our Redeemer has walked upon this earth. He has carried our grief and our iniquity. He was known as the Man of Sorrow so we would be remiss in thinking that He did not intimately care about our suffering.

One day, that will be something we know deeply and without question in our hearts as well as our heads.

But today, we can encourage one another with these truths and remind ourselves, as Job did, that one day we shall see God.

Walking in the Comfort of the Holy Spirit: The Bible in Lent Day 34

Takeaways from the Minor Prophets: The Bible in Lent Day 31

Communal Confession and Encouragement: The Bible in Lent – Day 15