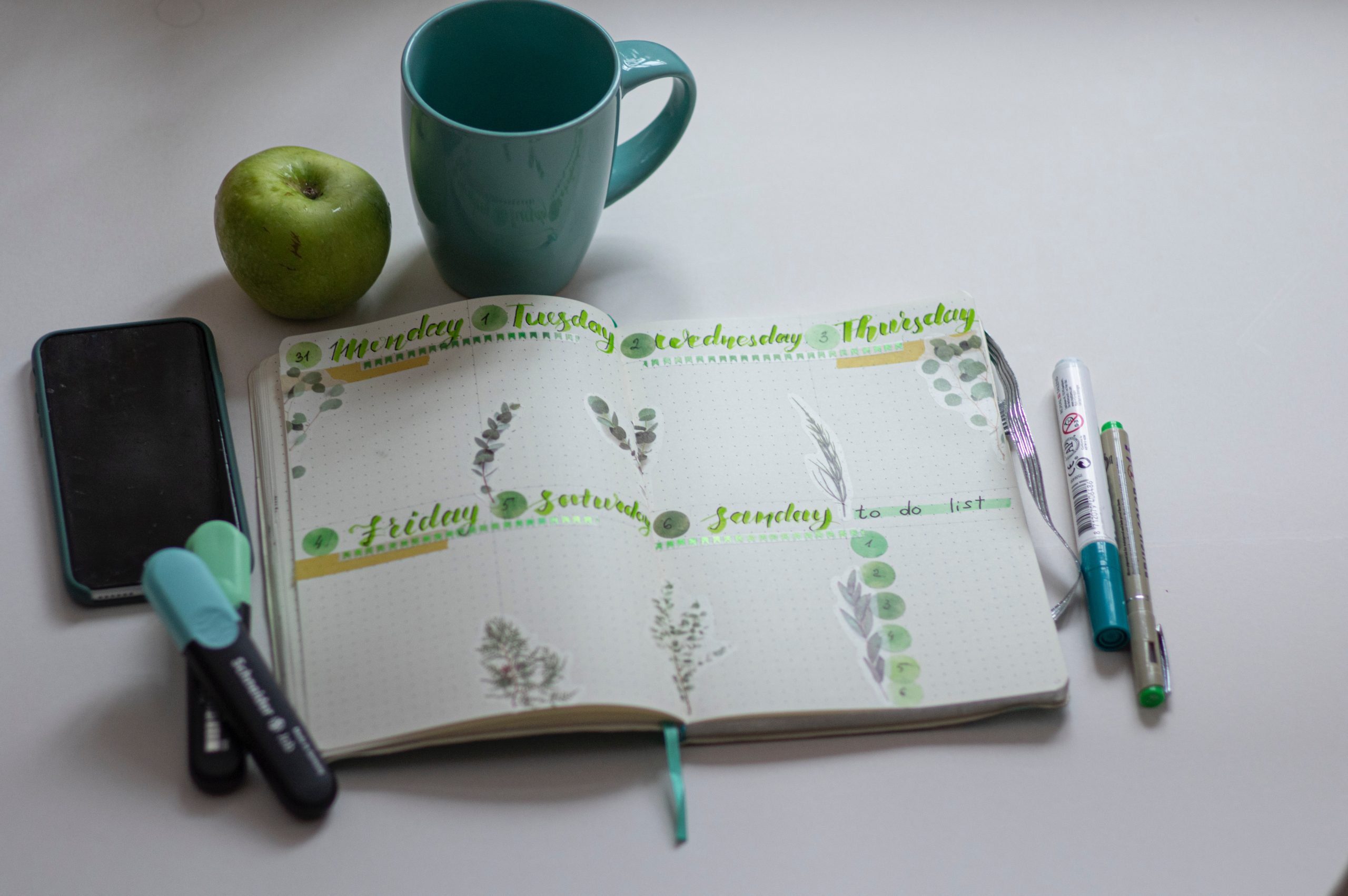 God’s Plans and Letting Go of My “To Accomplish” List

The first weeks of 2021, of a fresh planner, of setting goals and making plans, or trying to picture a good year, have spurred reflections of last year. I pulled out my 2020 planner, something that was much neglected, and looked at the goals I’d written out on the first few pages.

While some of them were a little far-fetched to begin with (learn French in the middle of Michigan with no one else to speak it with? Seriously?)

When I wrote this down, none of these things seemed like stretch goals.

They were the manageable, toned-down versions of the goals I had in my head. Things like:

There was little doubt that my goals were attainable baby steps.

And yet, by the first week of April, most of my goals and plans for the year had been scrapped. What seemed reasonable, if not trite, just three months prior now felt laughable. I might as well have writtennThe Sea of Tranquility instead of Niagara Falls.

So sitting down to write goals had a different tone and feeling this year.

“If the Lord wills” is something I’ve heard fellow believers add to the end of their plans my entire life.

“We’re going to go to Florida for Spring Break if the Lord wills.”

“We’ll be holding our brand spanking new baby boy the second week of July if the  Lord wills.”

“They’ll be visiting this weekend and, barring any rain, we’ll go to the farmer’s market if the Lord wills.”

While I believe in the sovereignty of God, this felt more like a mockery, saying something normal and reasonable then acting as if would only come to pass with God’s special blessing. It felt like a cousin to the prosperity gospel that seeps into so many circles and teachings.

But yet, this year’s planner felt like a lesson in humility.

Like a recognition that each plan I made was simply that, a plan I made not a certainty that would come to pass. For the first time, my year plan acknowledged the frailty of my humanity, of the community around me, of my plans.

Many are the plans in a man’s heart but it is the Lord’s purpose that prevails. – Proverbs 19:21

It’s a proverb I’ve always tucked away and pulled out when I realize I don’t have control over a situation. But after the wide-scale shutdowns, fear, and confusion of 2020, it felt like the only guiding verse for the new year.

Many are my plans, but only the Lord knows if a few months from now, this will be laughable.

Many are my plans, but my plans are not rooted in the knowledge and goodness of God.

Many are my plans, but my physical body might fail me yet again.

Many are my plans, but no matter what, the Lord’s purpose will prevail.

The triumph of the Lord’s purpose is our only comfort when looking at the world around us. Panic, confusion, and anger flood my Facebook, Instagram, and Twitter feeds. It’s enough to make me despair in the state of the world and, quite frankly, the state of the church. 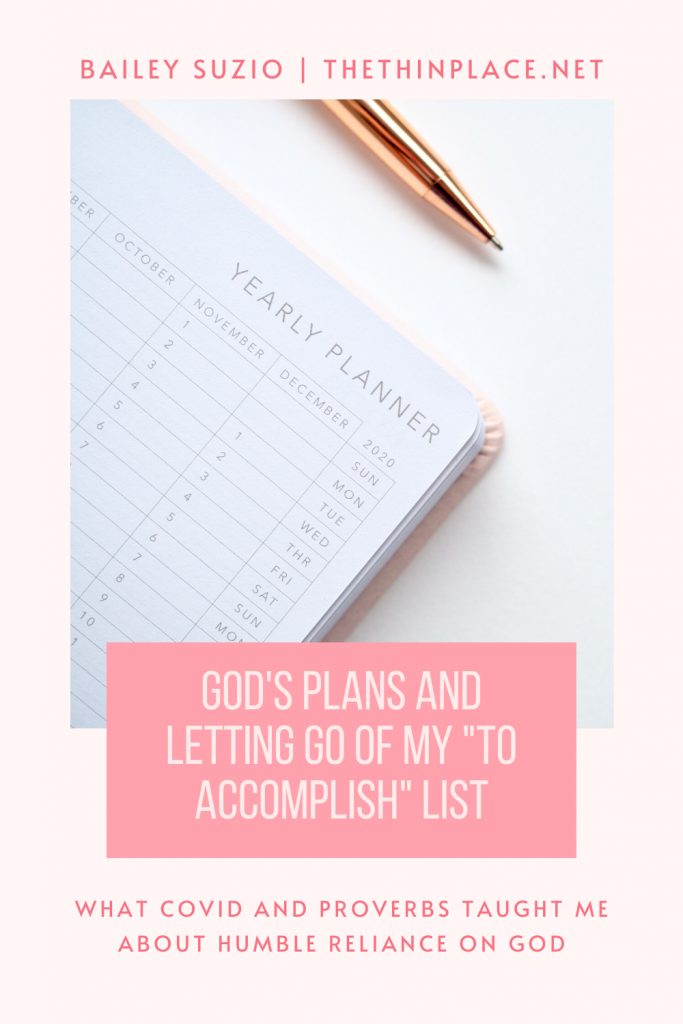 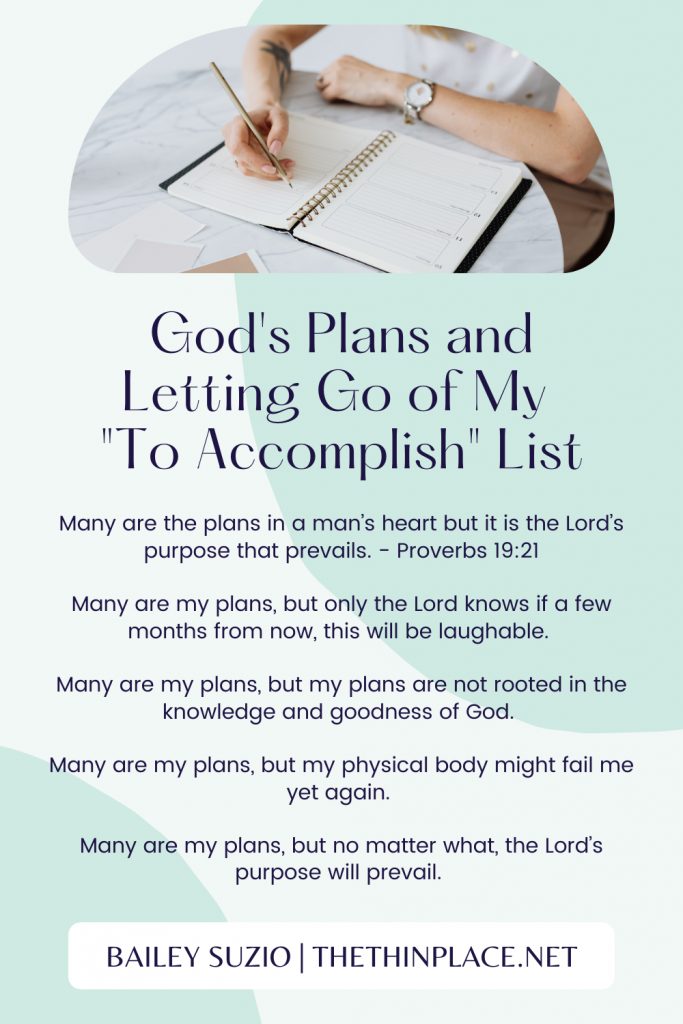 So I made goals, and I added a small and humble, “If the Lord wills” to the end of my plans.

But no matter what plans come to fruition and which ones fall victim to what will probably be another year of change and uncertainty, my hope is not in my plans.

It is not in things “opening up” or dining in a restaurant. It is not built on getting back to normal or adjusting to a new normal, it is built of the death and resurrection of Christ and His enduring promises.

Reminders for When I’m Unsure of What God is Doing

3 Ways to Intentionally Feed Your Child’s Faith This Summer

Pour Out Your Heart: How A Vulnerable Life Aids Spiritual Warfare