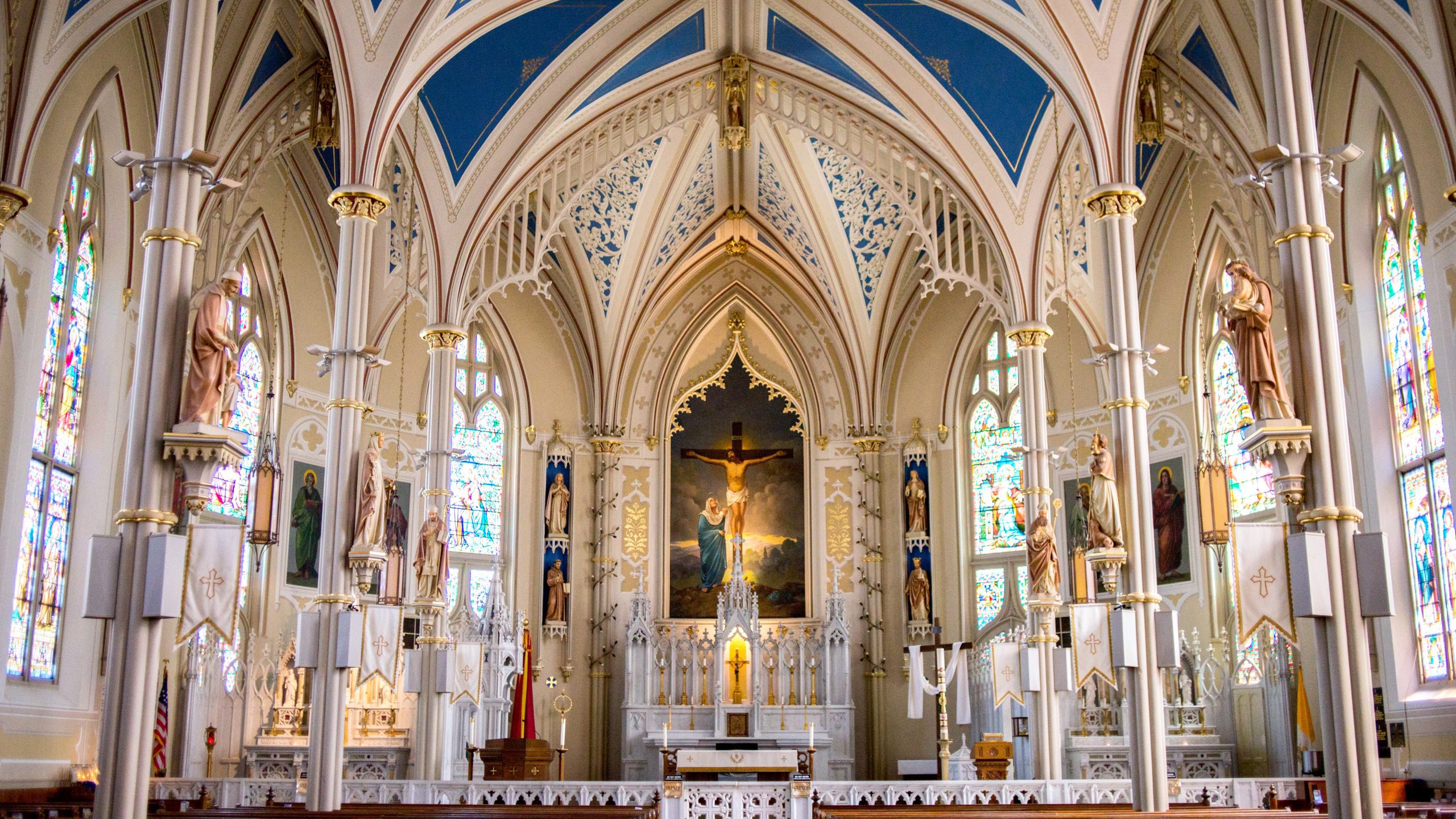 Writing again these last few months has been a joy. After taking a pretty sudden hiatus here these last few years, I wasn’t sure I’d be able to redevelop rhythms or devote myself to this space. But despite some setbacks after contracting COVID,  I’ve been eager and joyful to be back here, reading through the Bible, and sharing with all of you.

During my hiatus, several of you reach out through email and Facebook messages asking where I was and if I was okay. I was offline more than on and didn’t always see/respond to those messages but it meant a lot to know that this little corner of the internet mattered to you.

While it’s not been a secret to those in my immediate physical community, there were several life changes that occurred in the two-year pause I took from writing. My health struggles continued to mount, making it hard to do much more than what was minimally required of me. I’m so grateful that, at the end of 2020, I was finally able to see a skilled surgeon and, by the grace of God, have been living a much fuller, pain-free life these last several months.

During this time, I also went through a lot of personal changes that greatly impacted my desire and ability to write and share publicly what the Lord was doing. Much of what the Lord was teaching me was quiet moments meant only for me and my situation, not a story I’ve yet been called to share. 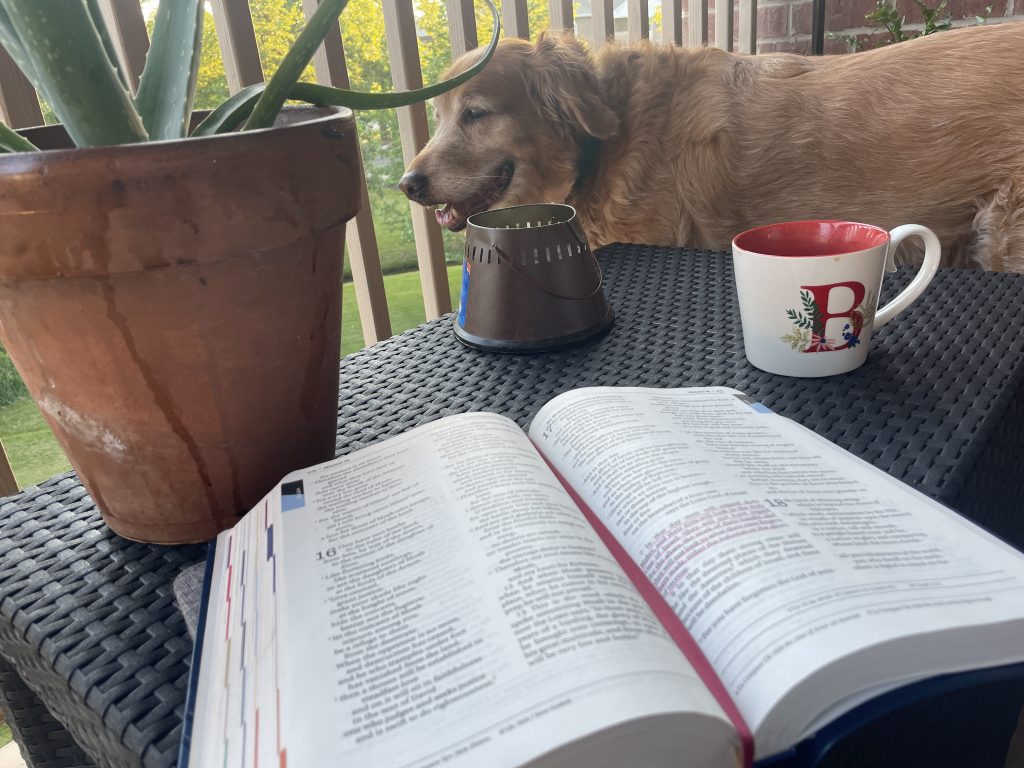 There’s also been a public transformation that I avoided addressing directly. The internet has been filled with an “us vs them” mentality and I dreaded incorrect assumptions. I also was afraid of misunderstanding or inadvertently hurting the pastors, youth group leaders, and church friends who have shown me the love of God well throughout my life.

But I think now is the time to share some of these changes more publicly.

Several of you reached out and asked during the Bible in Lent Challenge when you saw books like “Tobit” and “Maccabees” on the reading schedule, and while I tried to be as open and concise as possible, I realized there was a need for some longer explanation.

After mulling it over for, well, almost two years now, I wanted to share with you that last year on Pentecost, I was welcomed into the Roman Catholic Church.


While this has brought me so much joy and excitement, I know that not everyone will have the same reaction to this news.

This has been my experience. I had been taught, at best, misinformed views and at worst, deliberate lies, about what the Catholic Church teaches, especially in its treatment of Scripture. As I started to dig into source documents, it was clear that most of my anti-Catholic sentiments were railing against a superstitious boogeyman, not the actual Catholic Church.

All my life, I have been encouraged to search the scriptures for myself, as the Bereans did in Acts 17, and to compare all teachings to the Word of God.

In the last several years, I have done that.

I have studied the scriptures fervently and have concluded that the Roman Catholic Church’s teachings align with the teachings of the Word most clearly.

Being confirmed in the Catholic Church felt like a homecoming I didn’t know I was longing for. The Holy Spirit has been working in my life through both my local parish and the Bible in a powerful way.

While I know this is not the conclusion most of my pastors and teachers wanted me to come to, I hope they, along with you, can trust that I did this with a sincere dive into Scripture and a desire to serve and love the Lord to the best of my ability. 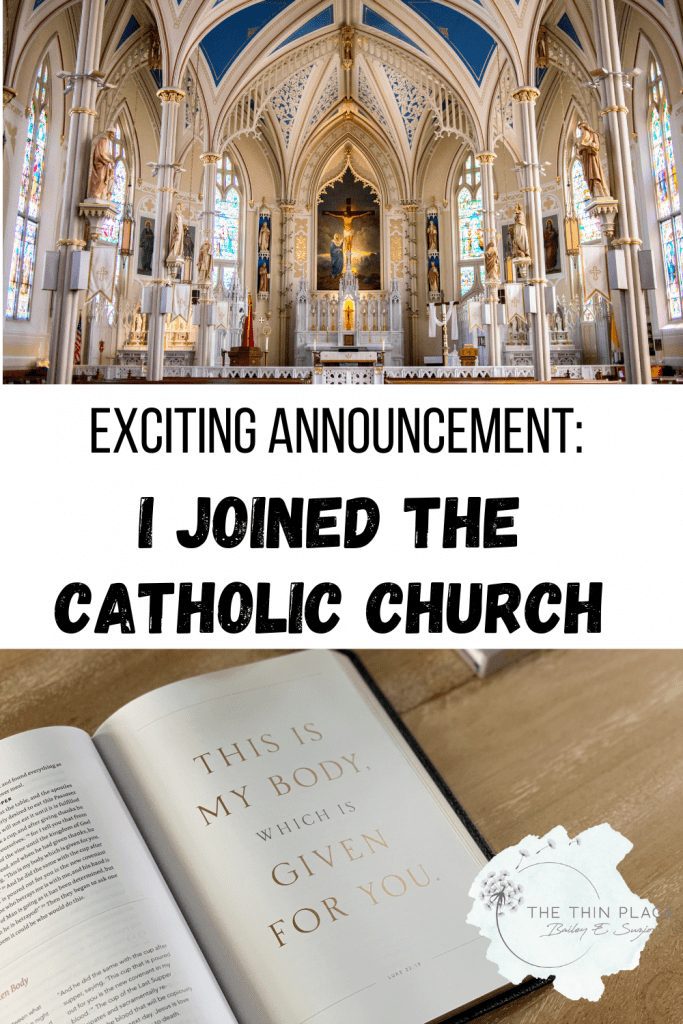 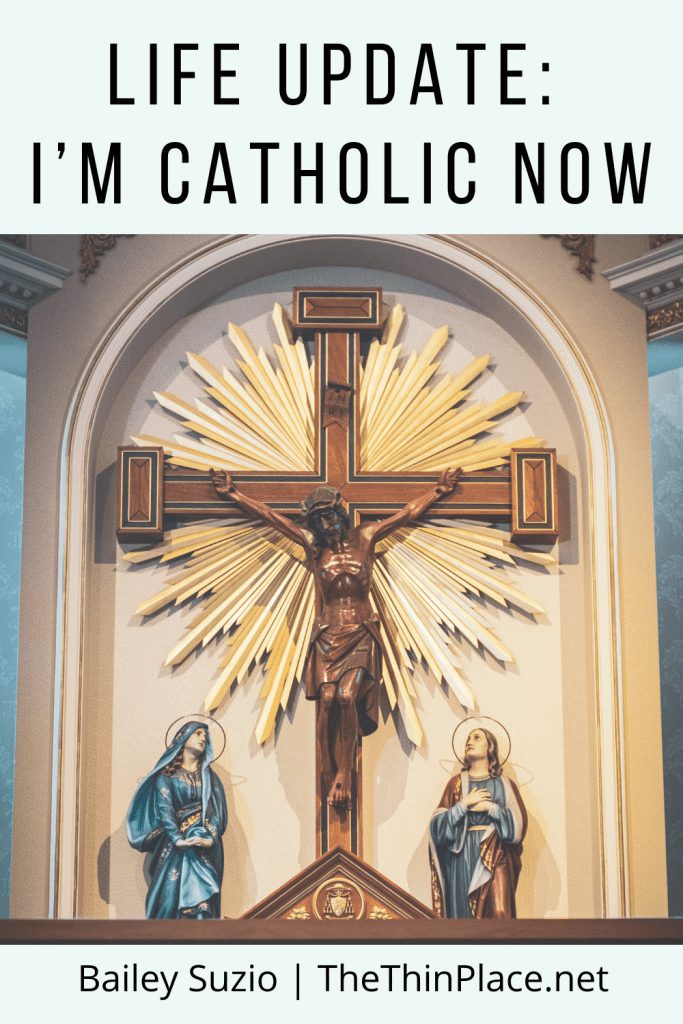 I also understand that this may appear to be a sudden decision but, for those who know me personally, it’s been clear that this has been a long, thorough process that began as a freshman in college when my friend in the dorm room next to me began to challenge my misconceptions and humbly, but clearly, articulate why she was Catholic.

So, where does this leave this space and my writing here?

Well, much of it won’t change. Becoming Catholic hasn’t changed my love for Jesus, the Bible, or believers around the world.

While there might be some new topics and some of my theology has shifted, my goal is always to draw us closer to the Lord. There is a lot in the modern world that divides us, but I hope that as believers, we can focus on what unites us and listen humbly to those whose theology differs from our own.

I’m going to be working on compiling a resource and FAQ page in the coming week or two, answering some questions I’ve received (and any questions you leave in the comments), and sharing resources that have been meaningful to me in this process.

Resources on Catholicism: What Catholics Believe

An Overview of the Apocryphal or Catholic Books of the Bible

Renewal in the Presence of God