How and Why Christians Fast

Fasting is one of the most under-taught spiritual disciplines in the Church today. Often, the teaching around fasting is vague at best and confusing at worst. But Jesus taught about fasting in the same passage He taught on prayer. He expected it to be a regular practice for His followers and it’s something that Christians need to embrace!

In the Sermon on the Mount, Jesus taught on fasting in the same passage He taught us the Lord’s Prayer.

“And when you fast, do not look dismal, like the hypocrites, for they disfigure their faces that their fasting may be seen by men. Truly, I say to you, they have their reward. But when you fast, anoint your head and wash your face, that your fasting may not be seen by men but by your Father who is in secret; and your Father who sees in secret will reward you.” – Matthew 6: 16-18, RSVCE

Jesus said when you fast. Not if, but when.

Fasting is an assumed part of the Christian life. This passage is directly after the Lord’s teaching on prayer – something we have regular teaching and encouragement on.

Prayer and fasting are an assumed part of the Christian life. Spoken about by Christ in the same manner.

Unfortunately, for many Christians fasting is not a regular part of their spiritual life. Either because they don’t understand it, were told it doesn’t apply outside of the Old Testament, have never learned how to fast, or simply don’t want to do something that stretches them.

So as Christians, we need to understand the how and why of fasting and make it part of our faith practice.

There are 2 things I want to clarify before we dig into the how and why of Christian fasting.

When Jesus was fasting in Matthew 4, there were 2 Old Testament passages He quoted that I think give us insight into fasting:

But he answered, “It is written,  ‘Man shall not live by bread alone, but by every word that proceeds from the mouth of God.’” – Matthew 4:4

The second verse I think we need to look at is when Satan encourages Jesus to test God.

Then the devil took him to the holy city, and set him on the pinnacle of the temple, and said to him, “If you are the Son of God, throw yourself down; for it is written,

‘He will give his angels charge of you,’

‘On their hands they will bear you up,

lest you strike your foot against a stone.’”

I think this passage makes it clear that fasting should not be a form of testing God. If there is a medical condition or season of life that prohibits us from safely fasting, we should not put God to the test! In this situation, I would encourage you to talk with your doctor about what your limits are, and seek alternatives.

For example, there was a season in my life when I was unable to fast because I needed to take medication several times a day and couldn’t take it on an empty stomach. During this time, I felt the Holy Spirit prompting me to fast on several occasions. I knew it would not be wise to totally fast so I looked at what mattered to my doctor; not having an empty stomach when I took my medication. 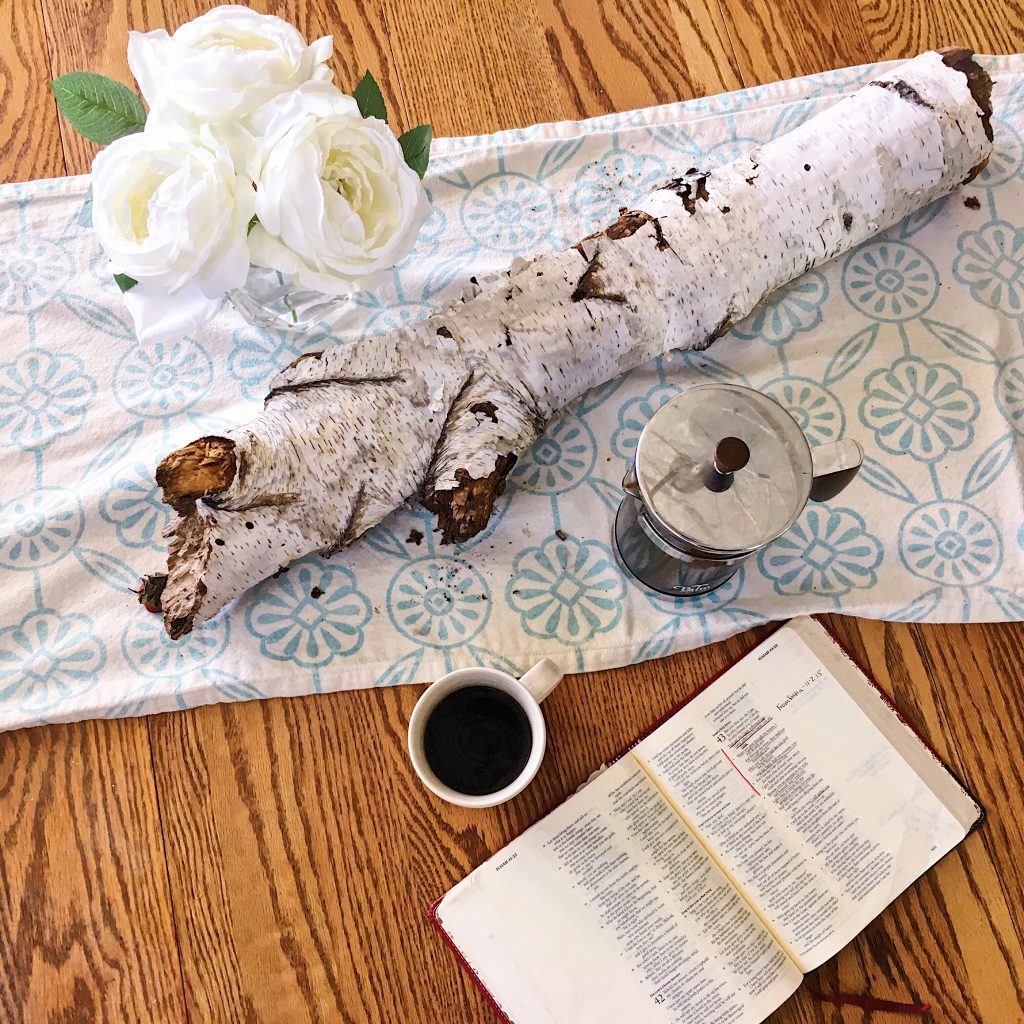 I fasted not entirely from food, but from the typical foods I would have chosen. Instead of eating my preferred/normal meals, I had a green juice and small portions of raw vegetables on the days I was fasting. Was I totally fasting? No. Was I still making a sacrifice of what I ate and practicing abstention and reliance on God? Definitely!

If you have medical reasons that prohibit you from fasting, I encourage you to look at what your options are! Can you safely fast from certain types of food or for a portion of the day? Then consider fasting in this manner!

There are three common teachings on how to fast that I found amount Christians today. The Orthodox and Catholic Churches seem to have the clearest unified guidelines on fasting.

Orthodox/Eastern Churches fast on Wednesdays and Fridays (as well as during other seasons throughout the liturgical year). My understanding is that it varies slightly but generally, it means abstaining from animal products (meat, eggs, dairy), oils, wines throughout the day.

For Roman Catholics, fasting typically looks like limiting the day’s eating to 1 meal and two small snacks that when combined are smaller than the meal. Typically, fasting is also accompanied by abstaining from meat.

If you haven’t fasted before, I encourage you to pick a Friday and fast. Because Christ suffered His passion and death on Friday, this has traditionally been a day Christians throughout history have fasted. The Didache, one of the oldest Christian texts, assumes the Christians fast both on Wednesdays, because of the betrayal of Christ by Judas, and Fridays, because of His crucifixion and death.

If you haven’t fasted before, I encourage you to choose one of the methods above and start on a Friday!

The Benefits of Fasting

1. The most obvious is obedience.

Jesus instructs us in the matter of how we should fast so presumably, He wanted us to fast.

We should always trust that even if we don’t understand it, God doesn’t tell us something pointlessly. He doesn’t toy with us, His commands are always for our benefit.

When we ignore the command to fast, I fear we’re like Eve in the Garden, grabbing hold of the fruit and eating of it because we think God is holding out on us and there is not benefit to His command.

If for no other reason, we should fast out of obedience to God.

2. The second benefit of fasting is that it’s a powerful tool in spiritual warfare.

In Matthew 17, Jesus’s disciples try to cast a demon out of a suffering boy but are unable. After Jesus rescues the boy from this torment, they ask Jesus why they were unable to cast the demon out. He replies:

“This kind never comes out except by prayer and fasting”

I don’t understand the how, but I believe that Jesus was trying to help us understand that fasting is an important weapon in spiritual warfare.

3. Throughout the Bible, fasting used as a sign of repentance from sin.

“Yet even now,” says the Lord, “return to me with all your heart, with fasting, with weeping, and with mourning;  and rend your hearts and not your garments.” – Joel 2:12-13

Fasting is an appropriate response to our sin. Fasting is an outward obedience and symbol of our sorrow over sin and desire to depend wholly on our God.

Whether over general grief of sin on a day like Good Friday or in response to awareness and repentance of a specific sin in your life, fasting is always an appropriate response.

4. Fasting is an opportunity to live in solidarity with those who are suffering and to give from our resources on their behalf.

When we go without, we have more to give. Especially during the season of Lent when we fast in some form or another for an extended period of time, we have more resources to divert from our typical food budget and to share with the poor.

The pang of hunger is a reminder of those who do not fast voluntarily and an opportunity to both pray and give on their behalf. Choosing to go without on behalf of others is always virtuous.

When we fast, we practice denial of self. It is an opportunity to practice denying our flesh and relying on the Spirit as St. Paul spoke of in 1st Corinthians 9:27. When we willingly deny our flesh, it helps prepare us for the time we need to unwillingly deny ourselves as we take up the crosses in our life and continue to deny our sinful nature. 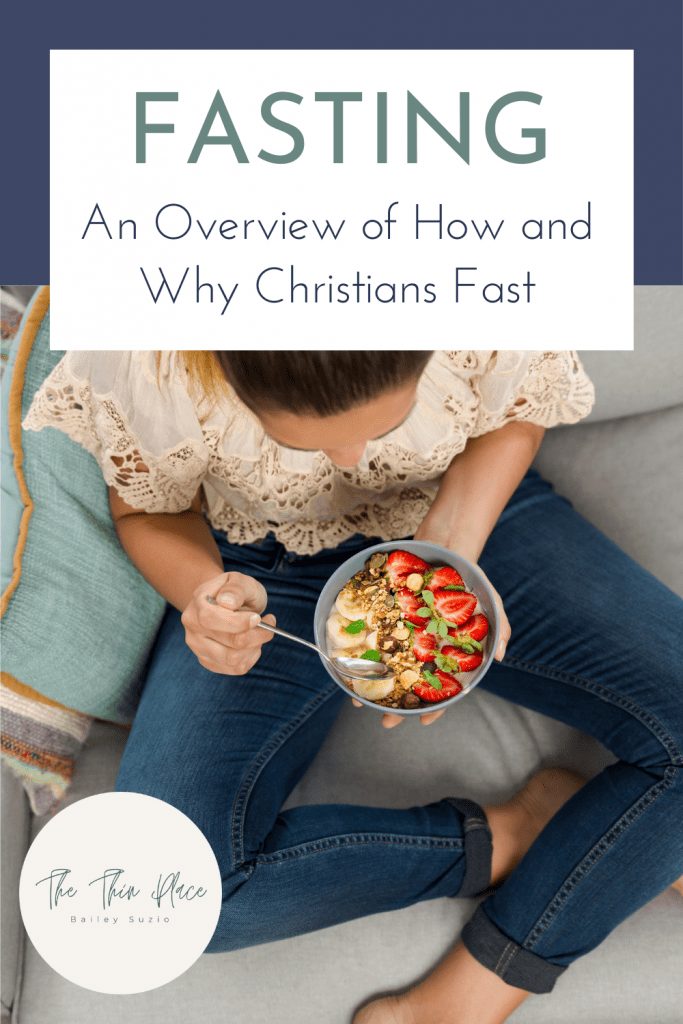 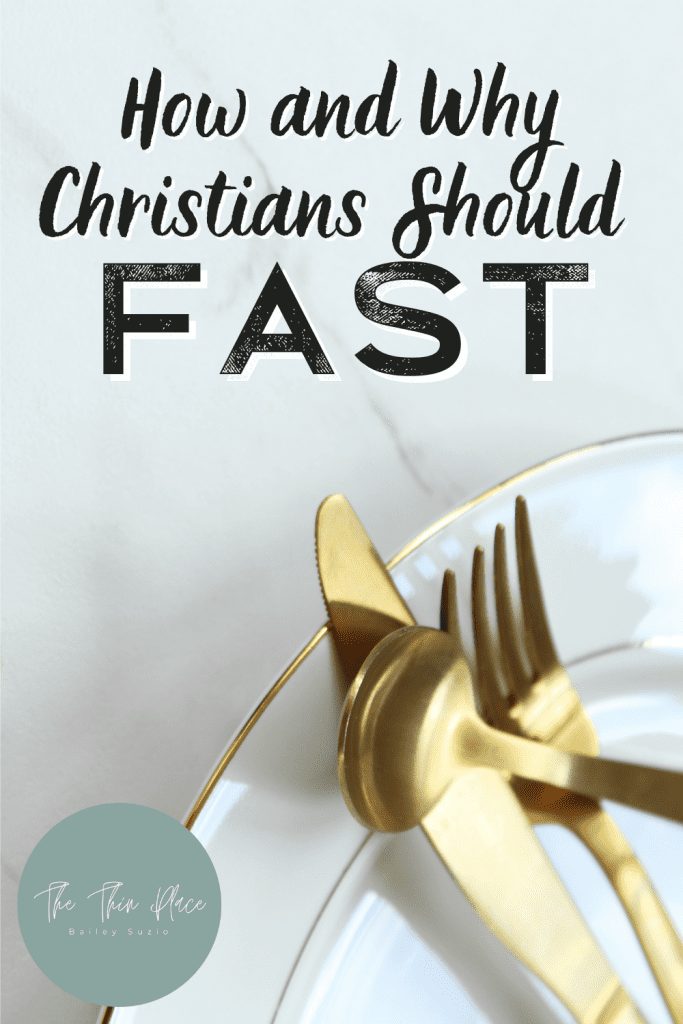 Whether you’ve been fasting for years or this is the first time you’ve encountered this spiritual discipline, I hope that it’s encouraged you to make this a more regular part of your faith!

Disciplines of the Faith: Fasting to Cultivate a Hunger for God

Feeling Spiritually Stagnant? Here Are 5 Things You Need To Do

Cultivating a Heart of Thankfulness