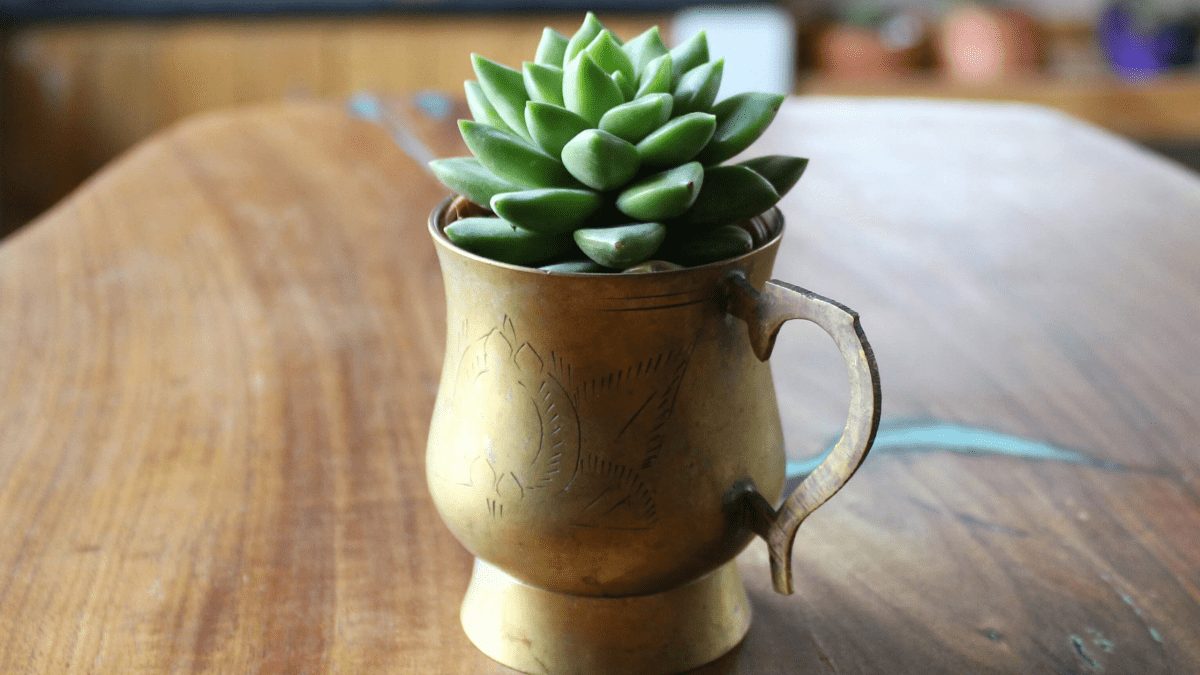 5 Women in the Bible Who Endured Through Suffering

I love looking to the examples given to us in Scripture of women who endured through suffering. There is so much encouragement to be found in remembering the stories of others, knowing how God was working behind the scenes in every moment, and yet, journeying with them in all of the in-between parts of the story where they did not yet know the ending.

So much of our life is lived in the unknown, in the waiting. Our days are made up not of the highlight reels, but of the in-between moments when we whisper quiet prayers and wonder if our good God is still listening.

Looking at the stories of those who have endured and seeing the faithfulness of God in their life strengthens me. Their lives are a reminder that God is good, the story of my life is still being written, and, no matter what today may look like, His faithfulness will be the final word.

Here are 5 women of the Bible who endured through suffering:

Hagar is one of the most desperate accounts in the Bible. Her life was hard. She was an enslaved woman without many options. But God saw her and spoke to her. Remarkably, she was the first person in the Bible to use a personal name for God because, in her suffering, she realized that God saw her.

The angel of the Lord found her by a spring of water in the wilderness, the spring on the way to Shur…So she called the name of the Lord who spoke to her, “Thou art a God of seeing”; for she said, “Have I really seen God and remained alive after seeing him?” – Genesis 16:7,13 RSVCE

This recognition of God seeing and knowing her plight is an encouragement to me in my own suffering. God still called her to go back to Abraham’s home where she was being mistreated, but she did so with the knowledge that the Lord wasn’t ignorant of her pain, His attention wasn’t elsewhere, He saw her days.

Eventually, she was cast out and thought she and her son would die. But even in the wilderness, the Lord cared for her and provided.

Her perseverance through trials and trust that the Lord was watching, even in the wilderness, always reminds me that God is faithful even in the midst of suffering. 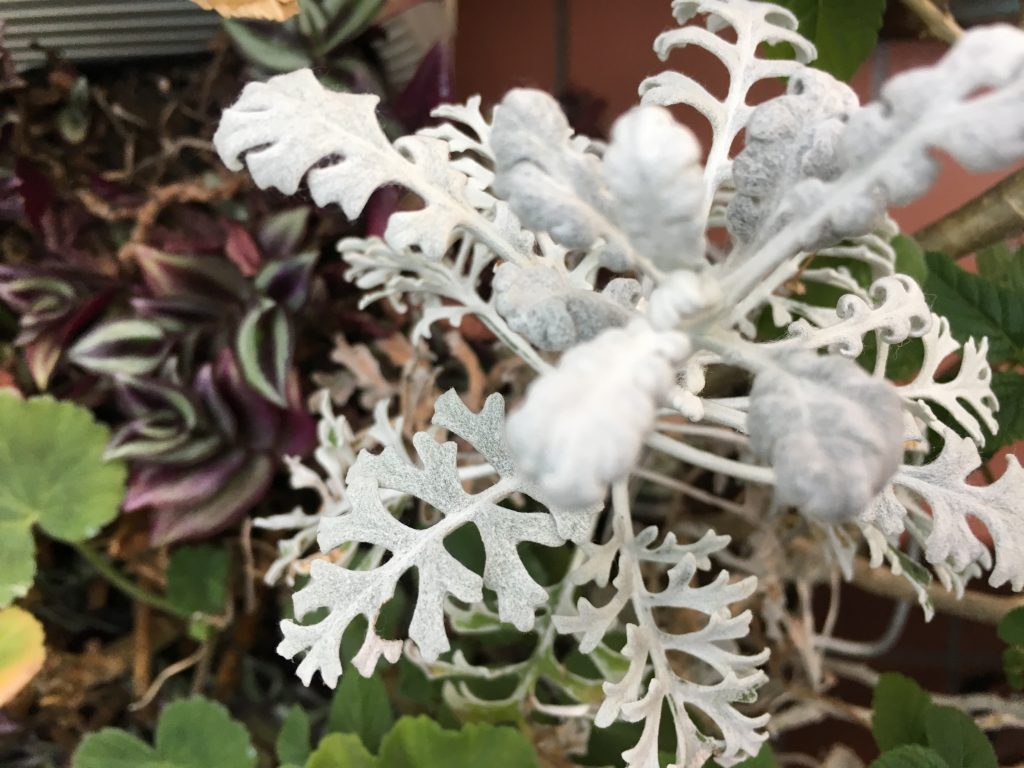 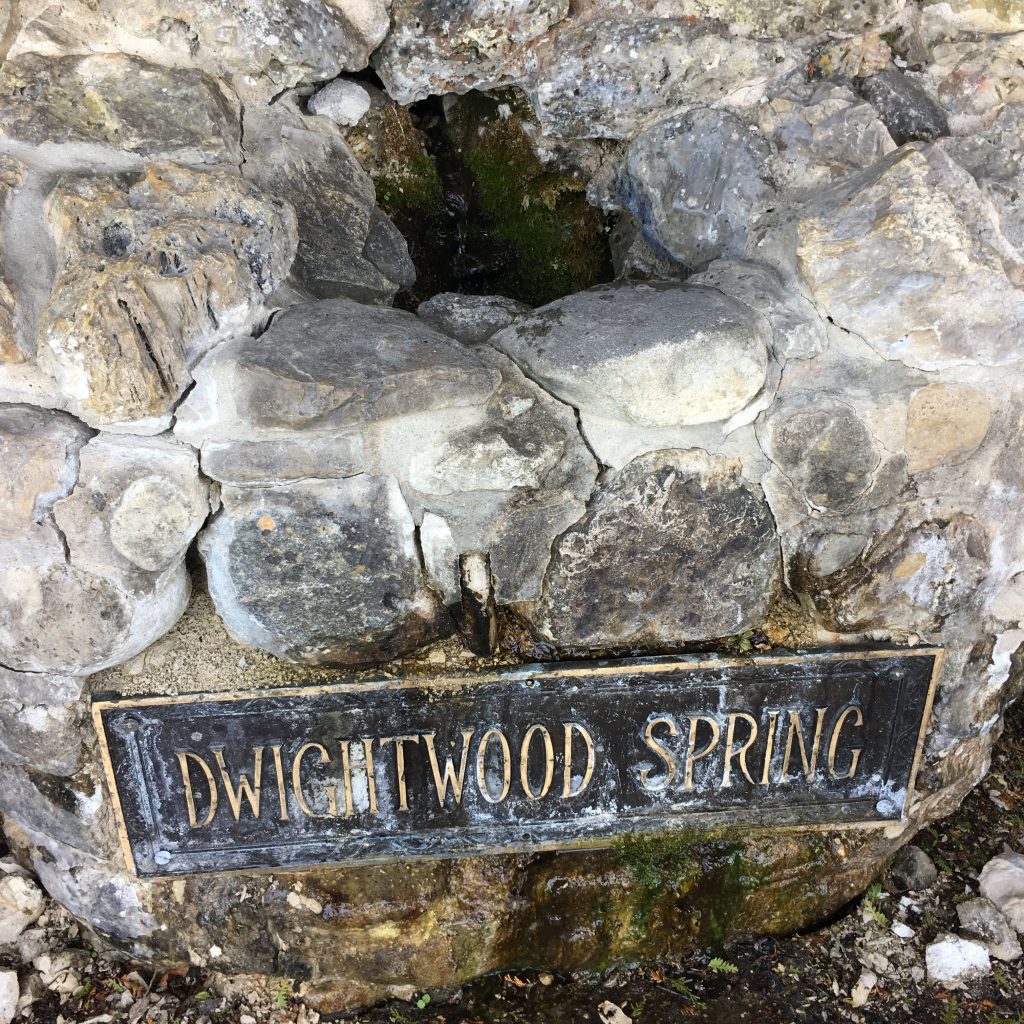 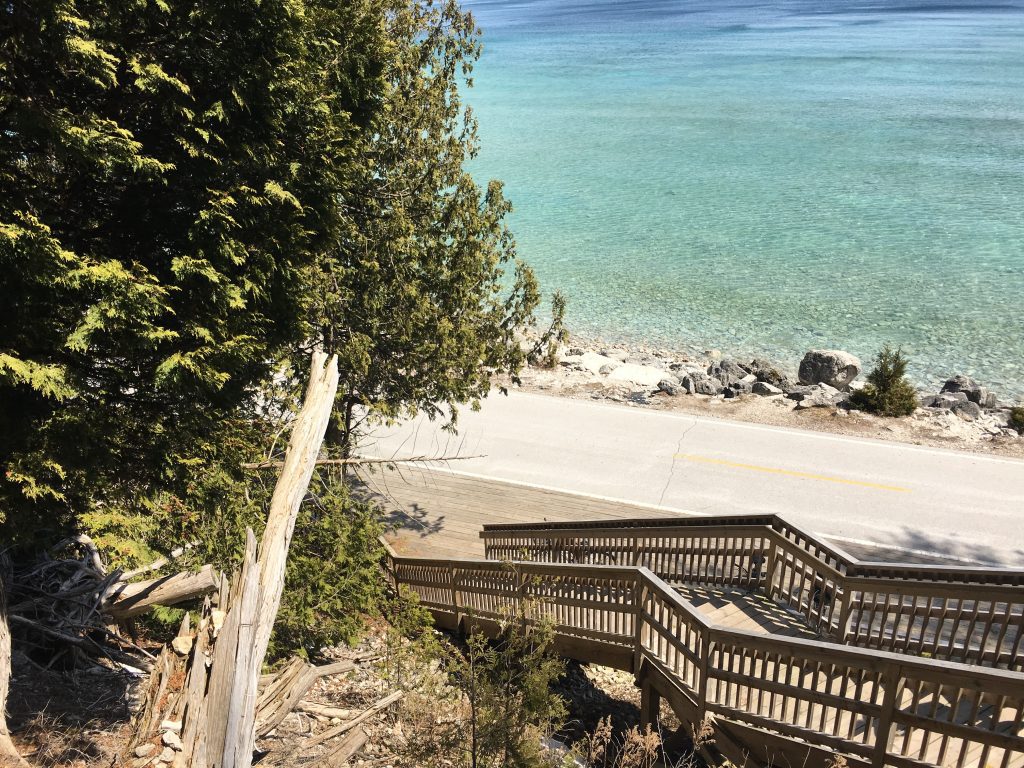 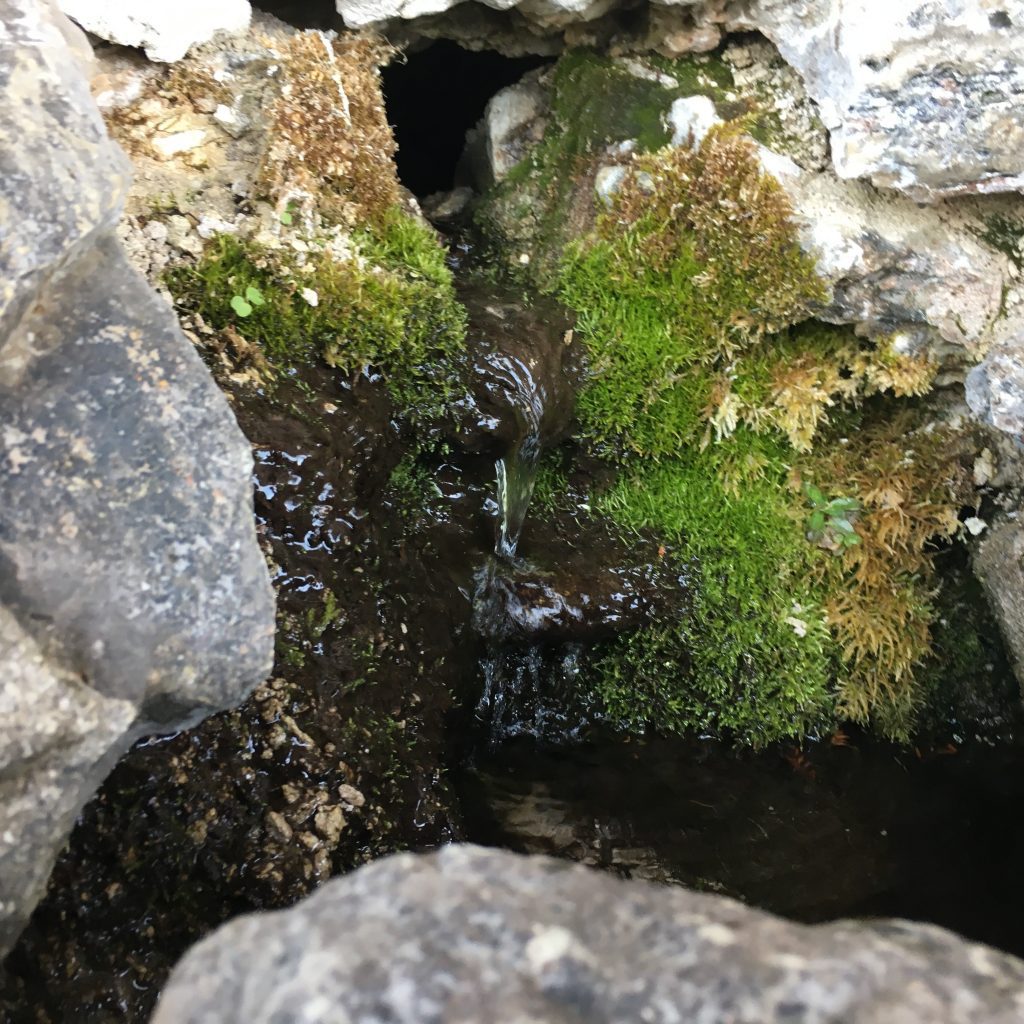 God had a plan for Hannah, but for a time that plan included pain and unfulfilled dreams.

She was deeply distressed and prayed to the Lord, and wept bitterly. And she vowed a vow and said, “O Lord of hosts, if thou wilt indeed look on the affliction of thy maidservant, and remember me, and not forget thy maidservant, but wilt give to thy maidservant a son, then I will give him to the Lord all the days of his life, and no razor shall touch his head.” – 1 Samuel 1:10-11, RSVCE

Hannah poured her heart out to God in prayer and made it clear that she knew her plans were in His hands. And eventually, the Lord remembered her and granted her more than she had asked her. Not only did she bear the son she asked for, but she was blessed with several sons and daughters after Samuel.

Her story reminds me of two things. First, that sometimes, God specifically brings suffering into our lives. Second, that He still welcomes our prayers. God had stopped Hannah from having children, but He still looked kindly upon her and listened to her request.

Ruth’s struggle was primarily economic. Her in-laws had moved to her country to escape famine, both their sons married, then death came to them anyways. One by one, then men of the family, the only ways able to provide financially, died. The women were left to fend for themselves in an unwelcoming age.

But Ruth persevered not only for her own sake but for the sake of her mother-in-law. When her sister-in-law returned to her family of origin, Ruth stayed. Ruth traversed to a new land and humbled herself to pick the scraps of the field.

Ruth’s endurance was a very practical one. She did the hard work of harvesting, of adapting to a new culture, of providing for her mother-in-law. Ruth quietly got to work and worked hard. For a while, it didn’t look like things would improve, it looked like her hard season was simply her new life. Until it suddenly wasn’t and she married a kind man who took notice and sought to help her in her struggle because of her devotion to caring for Naomi.

Esther suffered from knowledge and position. She knew of the great genocide that was going to be carried out against her people. Because of her position, she was likely to be spared this suffering. But advocating for her people could also have meant her execution.

When Esther was faced with this dilemma between putting herself in harm’s way or remaining silent while those she loved were massacred, she committed herself to prayer and fasting and asked others to join her.

Then Esther told them to reply to Mor′decai, “Go, gather all the Jews to be found in Susa, and hold a fast on my behalf, and neither eat nor drink for three days, night or day. I and my maids will also fast as you do. Then I will go to the king, though it is against the law; and if I perish, I perish.” – Esther 4:15-16, RSVCE

This commitment to prayer and fasting in the face of trials is a reminder of where our strength comes from when we endure suffering.

After a time of prayer and fasting, she was able to move forward with wisdom and the Lord protected her steps. 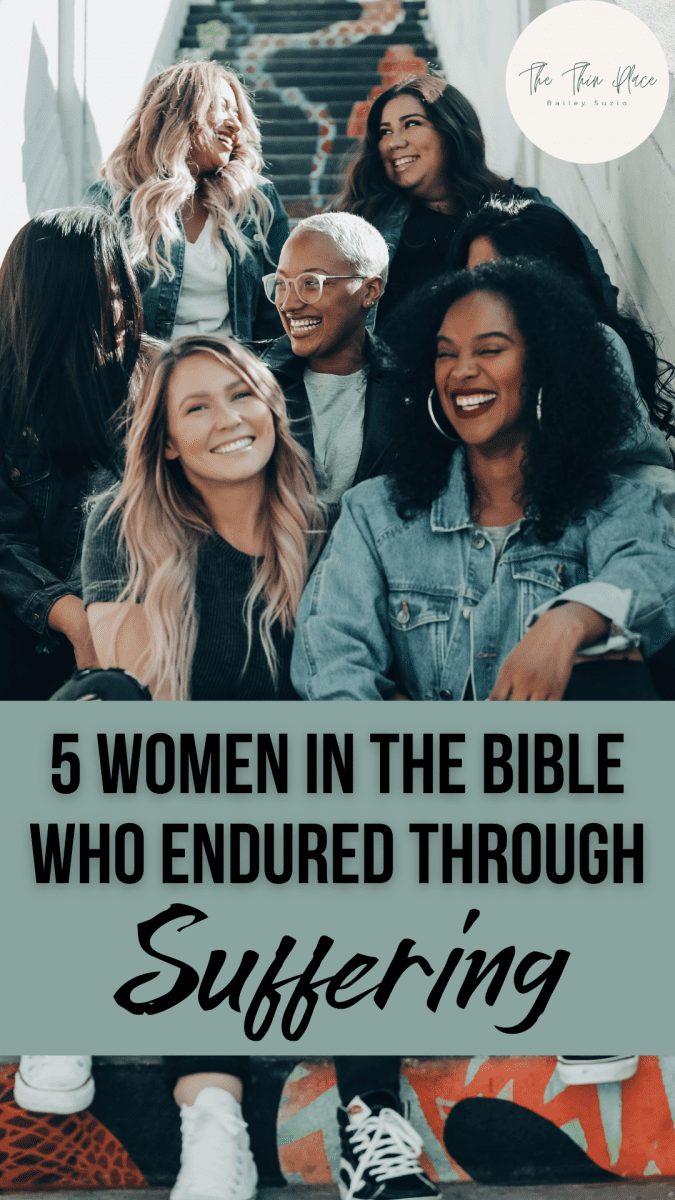 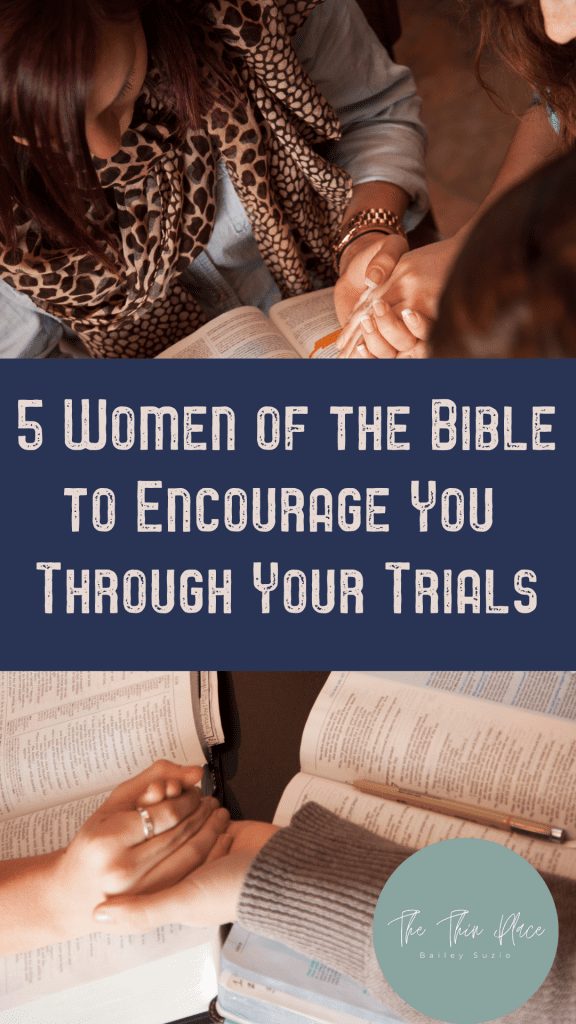 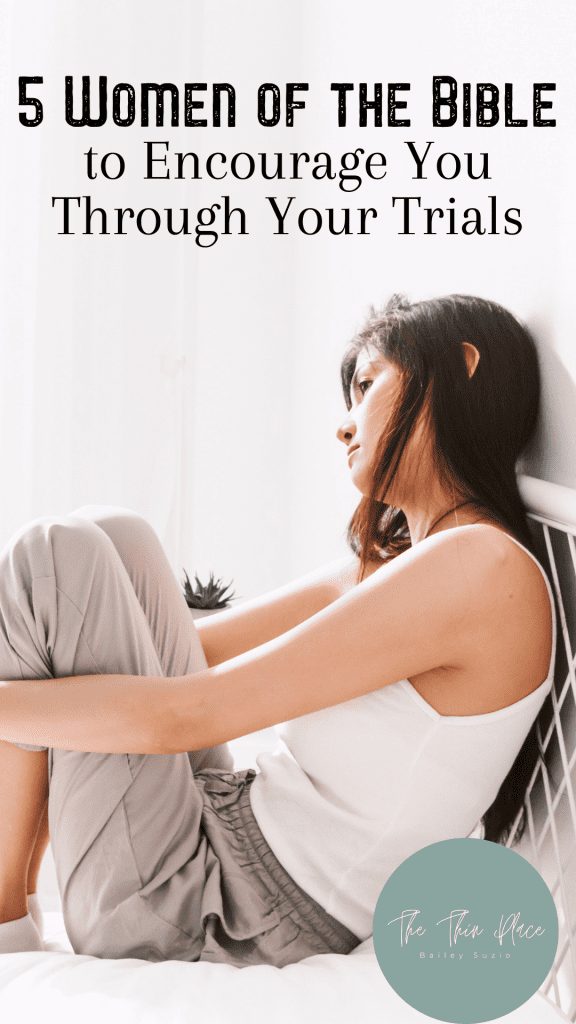 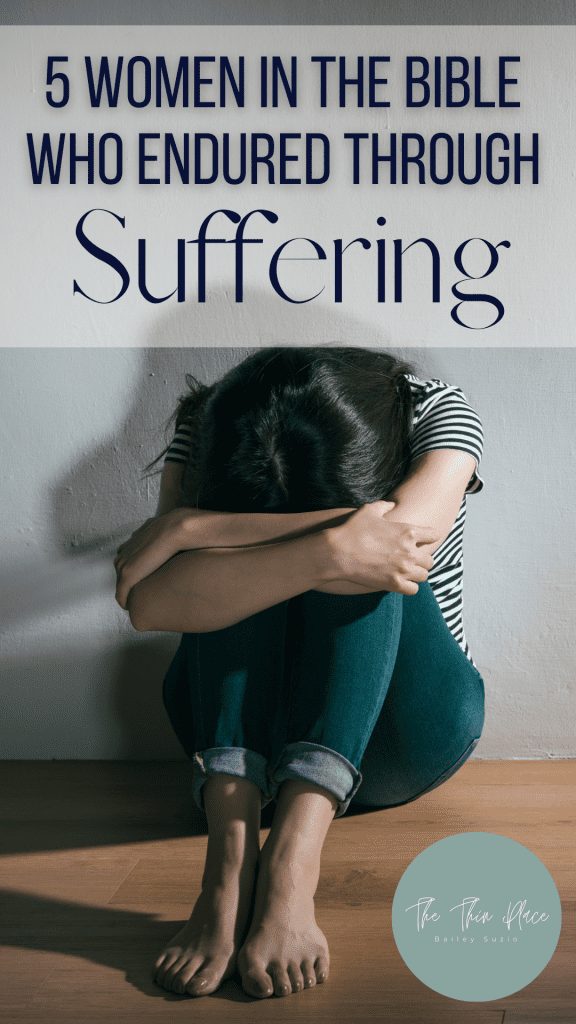 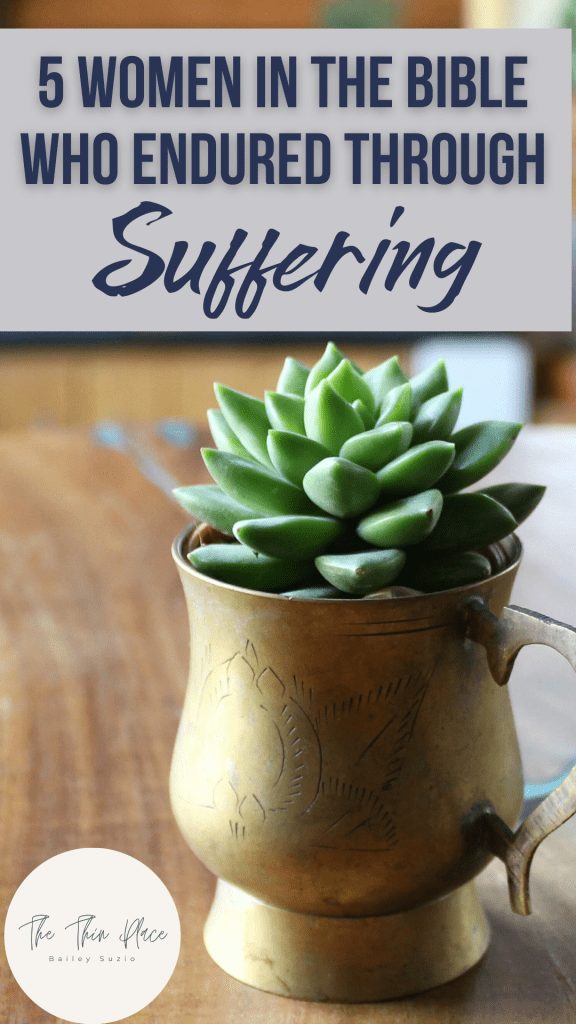 Mary’s life is a unique example of a bittersweet intermingling of both intense joy and deep pain. Because she was the Mother of our Lord, she had the singular joy of carrying the Jesus and raising Him. She looked God in the eye and sustained His frail, human form with her own body. As He grew, she bore witness to the marvelous ways the people responded to the coming of their Messiah and, at her urging, witnessed Jesus’s first public miracle at Cana.

But she also had a front-row seat to the suffering endured by the Man of Sorrows and watch her Son’s pain, rejection, totter, and death.

I wonder, did she remember the prophecies? When she waited three days to find her twelve-year-old son, lost in Jerusalem, did she wonder if this was the moment she’d been dreading since she knew she was bringing the Messiah into the world?

Certainly, there was joy, but Mary’s life also was marked by unique burdens and pain. The prophecy of Simeon that her soul would be pierced was evident in many ways. But I think we see an insight into her quiet submission to the Lord and endurance in Luke 2.

But Mary kept all these things, pondering them in her heart. – Luke 2:19, RSVCE

She pondered what God had done. I think this pondering, this remembering and taking to heart the good and marvelous things God had done and was doing helped strengthen her in the difficult stretches of her journey.

When we experience suffering and trials as Christians, we are often tempted to despair.

But reading the stories of others, the stories of women who have suffered and endured encourages me to display similar faithfulness in my own trials. Trials form and refine us. They increase our reliance on the Lord and help bring out the character and virtue He created us to inhabit.

Count it all joy, my brethren, when you meet various trials, for you know that the testing of your faith produces steadfastness. And let steadfastness have its full effect, that you may be perfect and complete, lacking in nothing.  – James 1:2-4, RSVCE

It is tempting to run from trials, to raise our fists to the heavens, and ask God when He will intervene on our behalf. And God can handle our pain, confusion, and prayers wondering what role our suffering could possibly play in God’s good plan.

These five women in the Bible remind me that the words of James are true. Suffering and trials can form and shape us and how we walk through these seasons matters. But it doesn’t just matter for our story. Hagar, Hannah, Ruth, Esther, and Mary are beautiful examples of women who endured suffering well and, thousands of years later, are still encouraging and equipping others with their examples.

26 Virtuous Women in the Bible You Should Know

It’s the Hygge-est Time of the Year: A Cozy Holiday Review and Giveaway

5 (More) Remarkable Women of the Bible Who Prayed