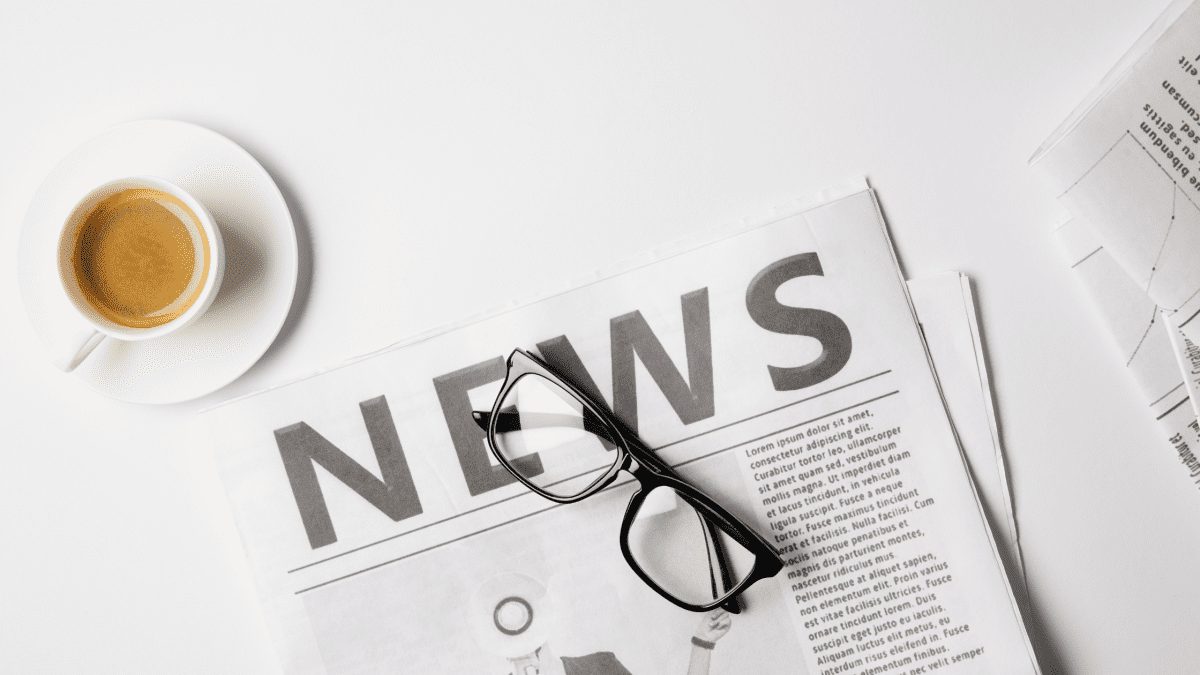 Overwhelmed by the News? Here are 2 Principles Guiding My Digital Life Right Now

It’s been a little while since I’ve written here mostly because, every time I open my computer, I feel overwhelmed. The news these last two weeks has been non-stop, leaving us all gasping for breath as wave upon wave, it hits us afresh with a new tragedy. Between the news in Afghanistan, the death of 13 services members and many civilians at the Kabul airport, the unexpected tragedy of losing an author and pastor who impacted my life from a distance, and the much closer tragedy of COVID raging on in my own community, I’m weary.

I deleted all of the apps that typically brought me the news but still, it raged on. Email summaries still came through. Pictures of devastation still popped up on the carefully curated timeline that I thought was “safe.”

And as I fumbled through what to write this last week – whether to ignore these tragedies and proceed with, as the little interruptions that came across my tv as a kid used to say, “previously scheduled programming” or address them in a way that I was sure would only be described as inadequate, I decided to wait. And pray. And fast.

Because those seemingly little things were perhaps the biggest things I could do in the wake of tragedy, devastation, and injustice.

What I was prone to do was read articles on the internet, pointing me to one opinion or another. And while having a well-informed opinion is good, I know that most of these issues run deeper than a few summary articles will every communicate. The internet often forces me into a corner, where I feel compelled to hold strong opinions about decisions God has not placed under my authority and, overwhelmed my information, often end up in a sort of “overwhelm paralysis” where I then proceed to not take action on the things God has placed in my area of control.

The world doesn’t need another keyboard warrior raging against ideological enemies and asserting their own rightness. It needs servants.

I don’t have answers or Instagrammable words of comfort, but I do have 2 principles that I’ve decided will guide my digital interactions going forward.

The first principle is simple, “I will not sit in the seat of scoffers.”

The first principle is simple, “I will not sit in the seat of scoffers.”

Whether the scoffers be ones I agree with or ones who opposed my beliefs and ideologies, I have decided I will no longer allow scoffers to have space in my digital community.

The Book of Psalms opens with these words:

Blessed is the man
who walks not in the counsel of the wicked,
nor stands in the way of sinners,
nor sits in the seat of scoffers;
but his delight is in the law of the Lord,
and on his law he meditates day and night.
He is like a tree
planted by streams of water,
that yields its fruit in its season,
and its leaf does not wither.
In all that he does, he prospers. – Psalm 1:1-3, RSVCE

Whether it’s memes or cartoons mocking those whose opinions or beliefs differ, snarky posts about how this or that is all *fill in the blank’s* fault, or someone trying to grab cheap points with a “slam dunk” article on why they’re right and others are fools (that second part is key here), I’m no longer going to allow myself to sit in the digital seat of scoffers.

I’m going to make room for nuance and wisdom but, more importantly, I want to make space for delighting in the law of the Lord. I no longer want to look at what others are doing and, like the pharisee in the temple, boast in how great I am, how wise I am, how right I am, but I want to have a heart like the sinner in the temple who humbly asked God for mercy.

The second principle guiding my digital interaction is, “I don’t have to have an opinion on everything, I just need a heart and hands that are willing to help.”

The second principle guiding my digital interaction is, “I don’t have to have an opinion on everything, I just need a heart and hands that are willing to help.” 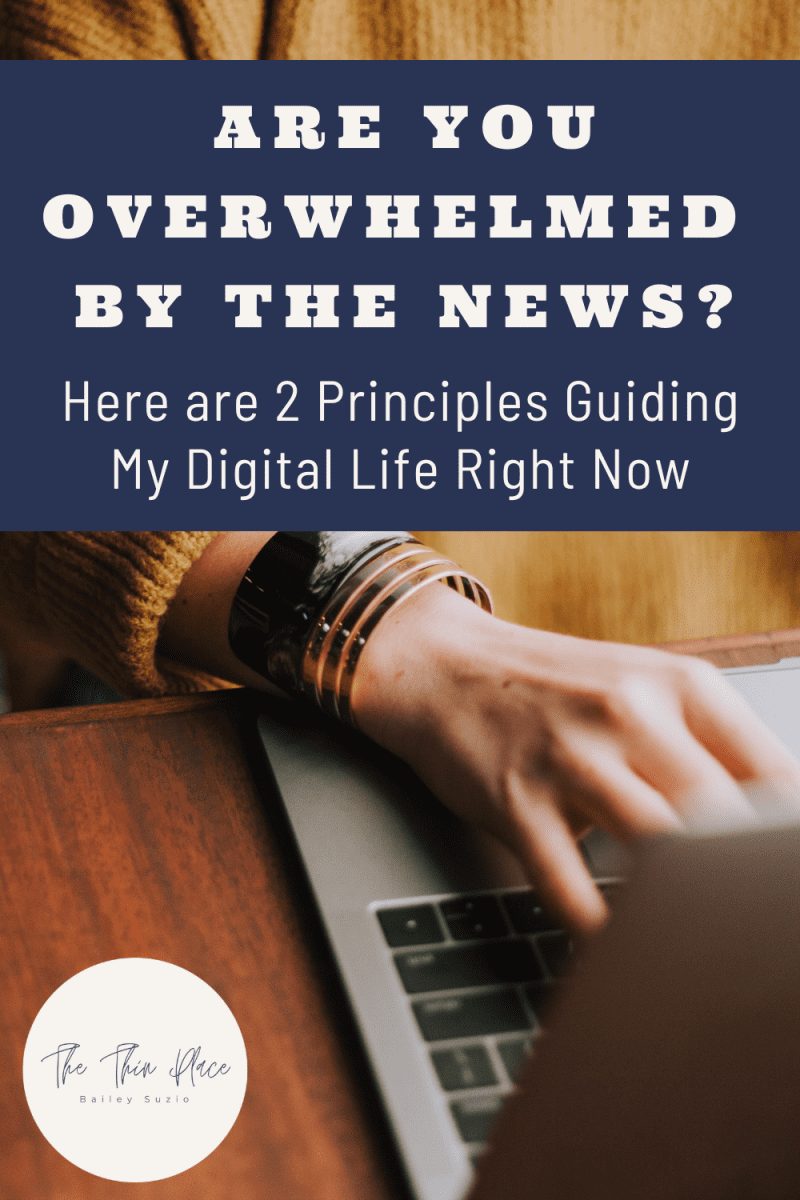 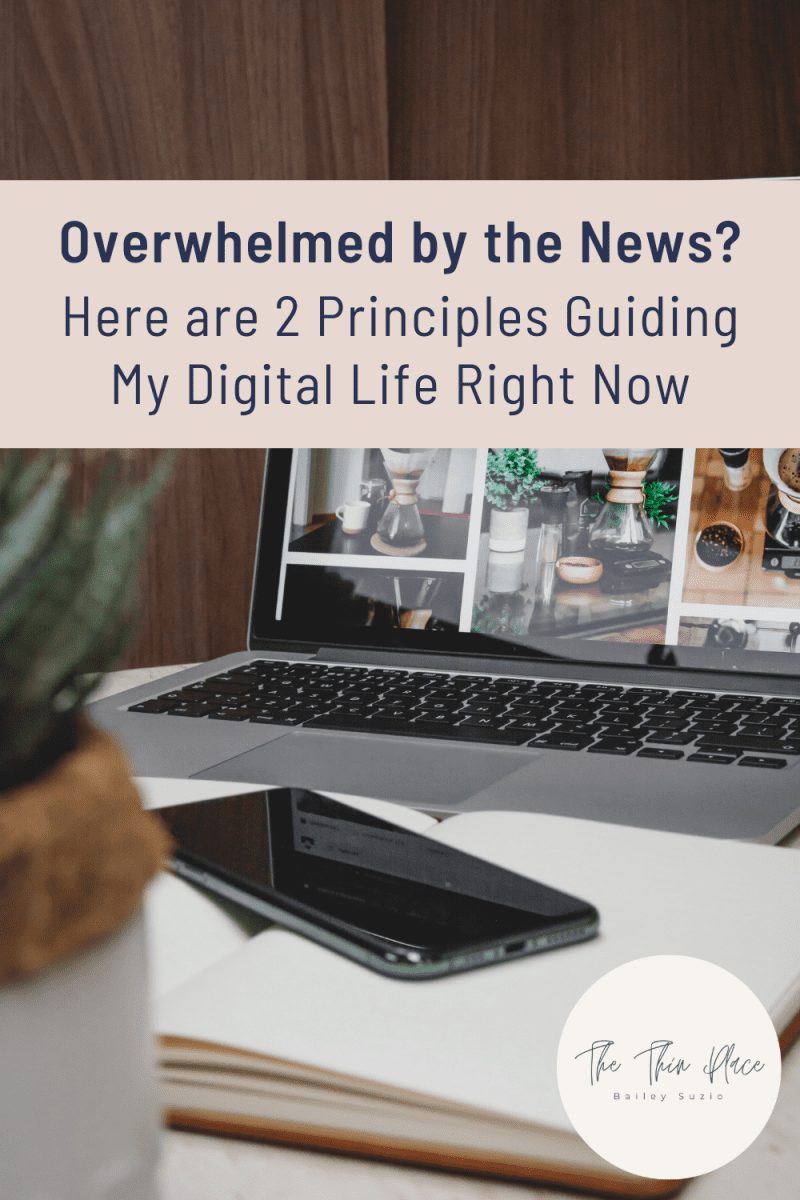 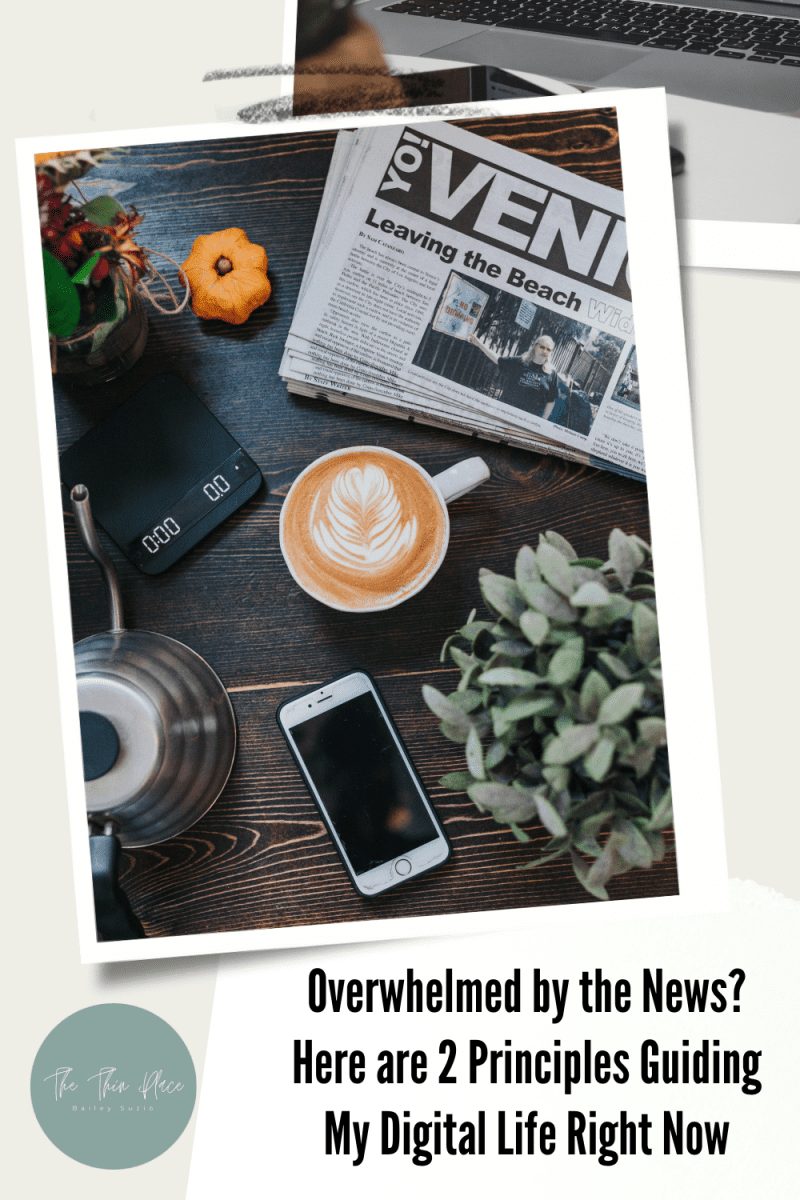 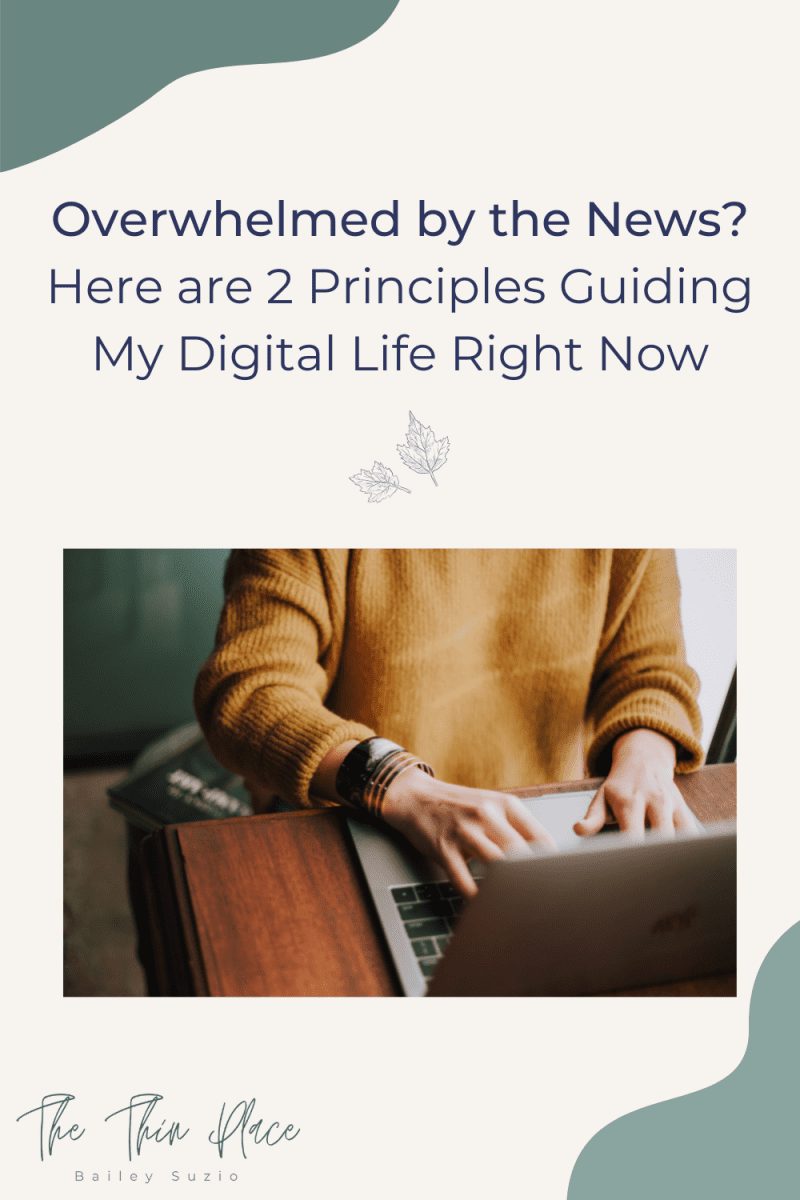 Today, we’re often expected to have an opinion on things we, quite frankly, have no business having a strong opinion on. It’s exhausting, unsustainable, and unrealistic. I could quickly come up with a strong stance on everything, but most things are too grey to require me, with my limited knowledge and experience, to have a strong answer. If I think I have a “quick fix” to offer, that’s probably one of the surest signs that I’m off-base and unaware of what I’m speaking on as there are few things in this world that can be fixed quickly or simply.

There are experts who have dedicated their lives to studying these things and it would be a mockery to both their fields of study and the skilled minds God has given them for this work to pretend that I could have an equal opinion after a few articles or even a few months of reading.

But Jesus doesn’t ask me to stay up to date or ready to debate US foreign policy or current medical practices. He asks me to love the vulnerable and to see His face in the faces of the suffering.

I’m learning it’s okay to say, “I haven’t learned enough to have an informed opinion on that” or to simply leave a topic alone altogether. There was no parable about those who neglected to fight the culture war on social media being sent to Hell at the final judgment. There was one about those who neglected to serve the needy. It’s quite clear where Jesus would have me spend my time and energy.

Loving action is the goal.

Loving action is the goal. While there may be times where I need to learn more before I can determine how best to love my neighbor, I’m weary of an attitude where the opinion is in itself the ends instead of the means by which we are moved to love well.

Today, I am choosing hope. Hope that all of Creation will be redeemed and restored. Hope that, every single thing will be worked for the good of those who love the Lord and that, through His great mercy, I might be able to play a small part in making my home, my community, and maybe even my little corner of this digital world we find ourselves in, on Earth as it is in Heaven.

I Want to be Holy (But It Might Get Messy)

I Don’t Deserve My Blessings But They Keep Coming

Planting Seeds : The Assurance of Faith